Water resistance is a rare option in the mid-range segment smartphones market. Samsung once offered this feature in the Galaxy A5, but then dropped it in the Galaxy A series devices. But this year, the company brought this feature back to the Galaxy A52 and Galaxy A72, making them stand out from the competition.

Water resistance will be the norm in Samsung Galaxy A smartphones

The idea came up, the company intends to further protect its devices from the Galaxy A family from dust and moisture. It was reported that the Galaxy A33 will receive an IP67 protection class and this will allow it to survive immersion in water to a depth of 1 meter for half an hour without damage to itself.

It is known that the Galaxy A33 will be made in the style of the Galaxy A53 and Galaxy A73; which in turn repeat the features of their predecessors. But unlike their older counterparts, the simplification and budget of the device will be traced in the drop-shaped notch for the front camera. The smartphone should receive a 5G chipset and a 5000mAh battery. According to rumors, the Galaxy A33 should be presented in March. 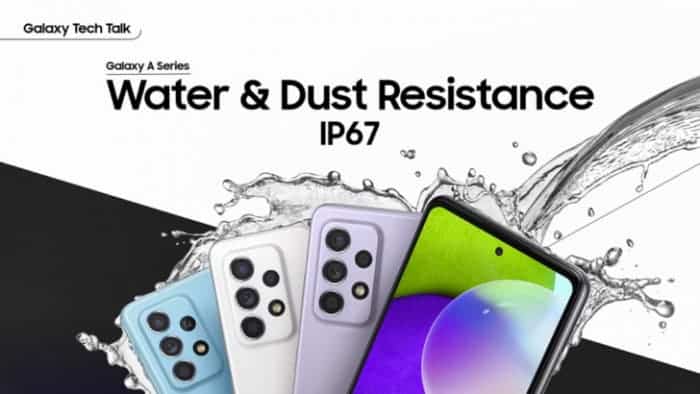 Samsung Galaxy S22 Ultra. What do we know about it? A lot. Nevertheless, most of the characteristics are known and a number of parameters could be predicted. Another thing is that the leaks about the release time of the new flagship Galaxy S22 series differ. The pandemic and the shortage of chips threw a lot of problems for manufacturers and there was no trace of the previous predictability in terms of the timing of the release of new products.

However, there is a source whose predictions should not be ignored. And we are talking about Ice Universe, which is quite accurate in its predictions regarding new Samsung products. It’s like Ming-Chi Kuo, but in the Samsung world. So, he today stated that the Samsung Galaxy S22 Ultra will be presented on February 8th.

The insider suggested that the company is late with the announcement of the flagship. At the time of the release of the Galaxy S22 Ultra; there will already be at least five top-end devices with Snapdragon 8 Gen 1 on the market. We can confidently say that Xiaomi 12, Moto Edge 30 Ultra and Realme GT 2 Pro will be among the first five with the new Qualcomm platform. Without forgetting about the OnePlus 10 and OnePlus 10 Pro, and the upcoming flagships from Oppo and Vivo.

Previous AnTuTu: Rating of the most powerful smartphones of the fall

Next The smartphone market is expected to grow despite component shortages

Samsung has 50 million smartphones in stock

Samsung Galaxy A23 5G will be launched in Europe