For AnTuTu, the publication of the rating of the most powerful smartphones has already become a tradition. Usually. it happens monthly and today we are looking at the list of the most powerful mobile devices according to the results of November. The developers of the benchmark named the best smartphones of the fall in the middle and flagship classes.

We must say right away that it is quite expected that among Android devices of the top segment; the best in terms of performance are devices based on the Snapdragon 888 and Snapdragon 888+ platforms. The Black Shark 4S Pro with 16/512 GB of memory was put to the top of the rating with a score of 875,382 points. Another gaming mobile phone, Nubia Red Magic 6S Pro; is on the second line with a lag of about 22 thousand points. “Bronze” was taken by iQOO 8 Pro. 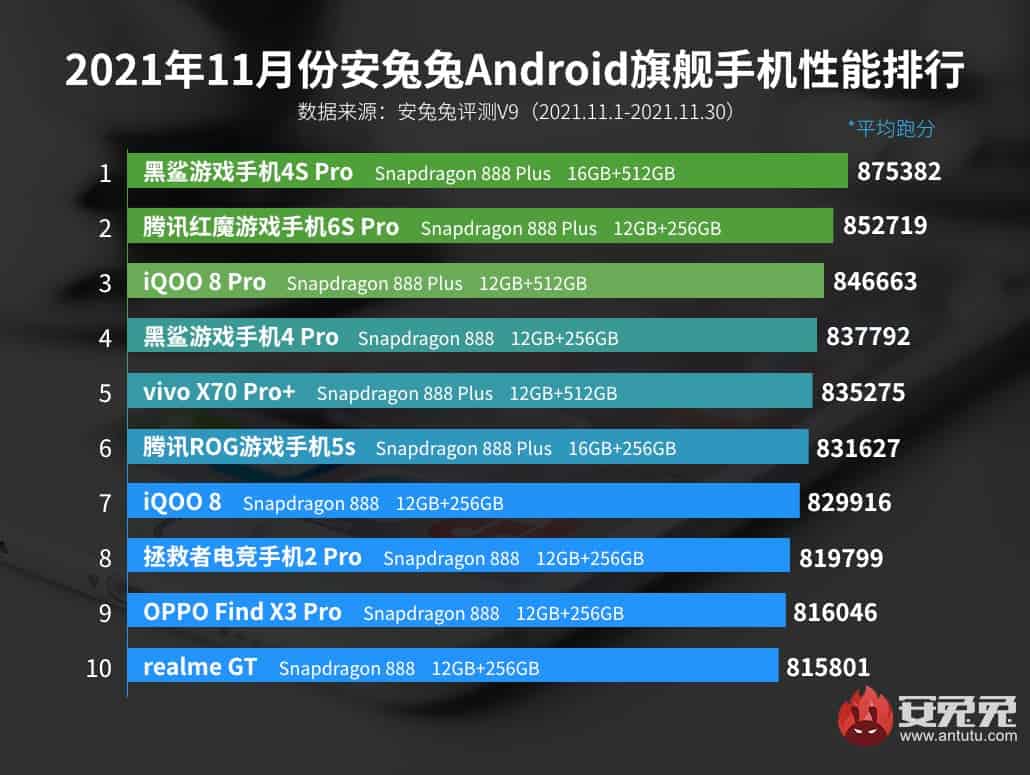 In the middle segment, the most powerful is the iQOO Z5 based on Snapdragon 778G with 12/256 GB of memory. The same chip allowed the Oppo K9s 5G to become the second most productive mid-range device. The Xiaomi Mi 11 Lite smartphone with Snapdragon 780G managed to break through the list of smartphones with Snapdragon 778G to the third line. The fourth and fifth places were taken by Xiaomi Civi and Honor 50 Pro.

Honor 50, Oppo Reno6 5G, Huawei Nova 9, Huawei Nova 9 Pro and Redmi Note 11 Pro + took sixth to tenth lines. It is easy to see the trend that the ranking of the most powerful among the middle class is dominated by models with Snapdragon 778G, taking 7 out of ten places. Models with Snapdragon 780G, Dimensity 900 and Dimensity 920 also managed to break into the top 10. 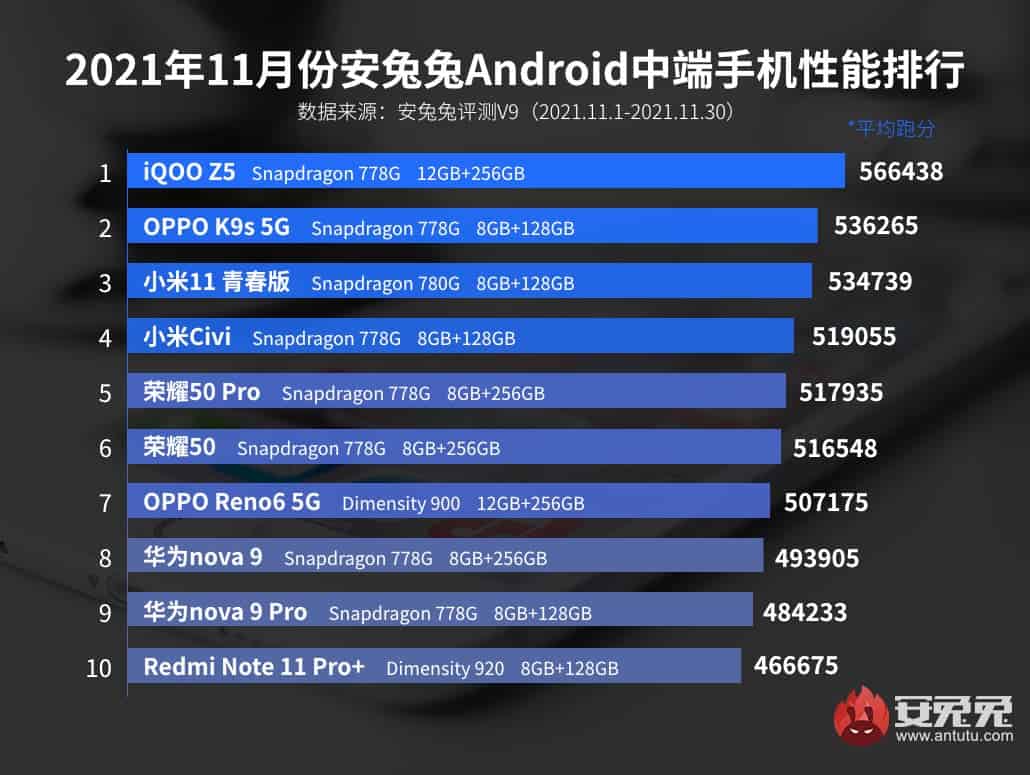 As soon as December entered, the mobile phone circle was very lively. The reason is that Qualcomm officially released a new generation of Snapdragon 8 mobile platform; as the most widely used high-end chip in the Android camp; it attracted a lot of attention as soon as it was released; and major mobile phone manufacturers also responded. In addition to Qualcomm, MediaTek also released a 4nm flagship chip earlier, named Dimensity 9000; which obviously hits the high-end and forms a competitive relationship with the Snapdragon 8 Gen1.

The most powerful smartphones on the global market are revealed

AnTuTu named the most powerful Android smartphones in the global market