Lenovo is one of the world’s leading PC and tablet makers. It has a wide range of products that can benchmark any top brand. But there are niches that this brand has not entered yet. Say, you can’t find many gaming products under this brand. Of course, it has some, but Lenovo is not the synonym to the gaming gadgets. Anyway, this might be fixed in the near future. Today, the Lenovo China Consumer Customer Marketing Director posted a photo of a new tablet on Weibo. There is every reason to think it will be the previously-rumored small-sized gaming tablet. 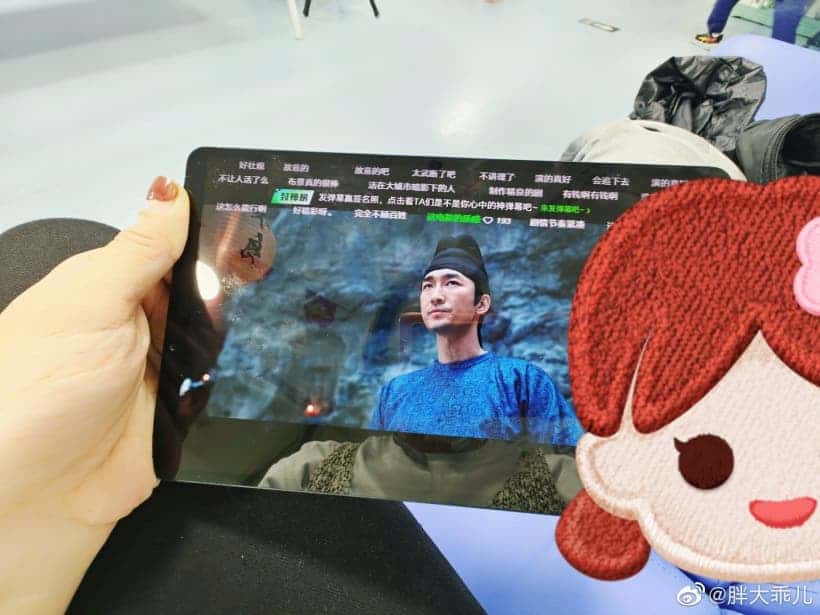 Well, let’s get into details. Though there are not many features that we know about this tablet, from the photo, we can make some assumptions. Say, we can see that the frame of this tablet is not of equal width. The one that carries a front camera is much wider.

Generally talking, the current mainstream Android tablet size is about 11 inches. Moreover, on the market, you can’t find many small-sized models. Probably, Android tablet brands do not want to enter a niche, where the iPad mini has a dominant position. In some sense, the “gaming tablet” Lenovo is making may challenge the iPad mini. But the latter is not a gaming tablet. Of course, its hardware allows us to play relatively heavy games on it, but this doesn’t mean it’s aiming at mobile gamers. The size of about 8 inches is more conducive to game control and it will have more cooling space than mobile phones. So such products might succeed.

At present, Lenovo has released 11.5 and 12.6 inches of Xiaoxin Tablet Pro and 13 inches of YOGA Pad Pro. They come with the much-popular Snapdragon 870 processor. But we don’t think the upcoming small-sized gaming tablet of Lenovo will sport such a powerful chip inside. On the other hand, this is going to handle tasks related to graphics processing. So there is every reason to think that Lenovo might ignore topics concerning the price and focus on performance basically.

As for the closest rival of the forthcoming small-sized gaming tablet, the iPad Mini boasts of an 8.3-inch Liquid Retina (1488 x 2266) display, hexa-core Apple A15 Bionic chip, 64GB + 256GB storage combination, 12MP camera on the rear, and 12MP camera on the front, etc. One of the most interesting features is the battery that ensures up to 10 hours of autonomy.

Next AGM rugged phones available with nice discounts on Ebay