At the Snapdragon Technology Summit two days ago, Qualcomm officially launched the new generation Snapdragon 8 Gen 1 platform. This new processor comes with a CPU/GPU architecture upgrade and its performance runs into millions on AnTuTu. However, the company took a different path from its regular naming scheme. The predecessor of this chip is the Qualcomm Snapdragon 888 SoC. However, this new chip uses the name, Snapdragon 8 Gen1. 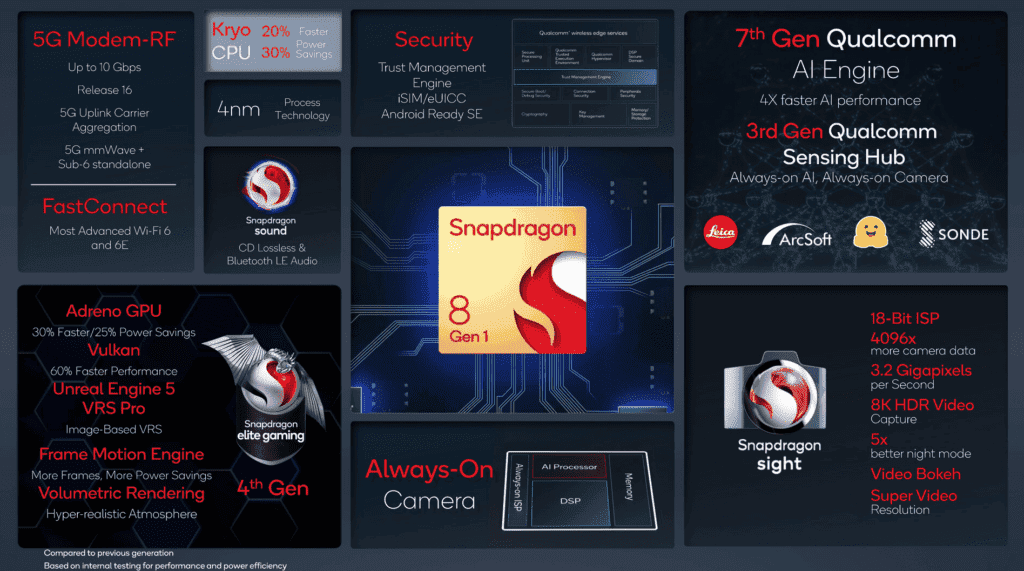 Don McGuire, senior vice president, and chief marketing officer of Qualcomm, explained the name change. According to him, the number naming is no longer used purely because there are not enough numbers. Last year, it was Snapdragon 888. If you continue to use numbers, only Snapdragon 899 will be available.

Don McGuire explained that in the Chinese market, Qualcomm did not add the company name at the beginning, but directly promoted the Snapdragon brand. The current name change is the first time it has been used globally.

According to Qualcomm’s research, many people know Snapdragon but don’t know the word Qualcomm. Therefore, the company’s name is actually negatively affected by the combination of Qualcomm + Snapdragon as the brand. Thus, it will remove the Qualcomm name and will only promote the Snapdragon brand will in the future.