Key details about the Samsung Galaxy S21 FE smartphone’s India launch date and color variants have surfaced online. The much-awaited Galaxy S21 FE (Fan Edition) smartphone has been floating around the rumor mill for quite some time now. Aside from that, there have been multiple leaks surrounding the phone’s design and other details. However, Samsung has neither confirmed nor denied these speculations. The South Korean tech company is also mum on its plan to launch the phone in India.

Likewise, Samsung fans have restlessly been waiting to get their hands on the Indian variant of the Galaxy S21 FE smartphone. Much to their chagrin, details about the Samsung Galaxy S21 FE phone’s India launch timeline have been scarce. The much-awaited smartphone was initially tipped to go official in the country sometime in October this year. This was primarily because its predecessor, the Galaxy S20 FE made its debut in October 2020. Now, fresh information about the smartphone’s launch in India and color variants has popped up on the internet.

The popular smartphone manufacturer is unlikely to hold a dedicated event to announce the Galaxy S21 FE smartphone. Samsung will reportedly unveil the handset via a soft launch in January at CES 2022. Regrettably, the smartphone will probably not launch in multiple regions citing the global chip shortage. However, industry sources have confirmed to 91mobiles that the Samsung Galaxy S21 FE phone’s India launch will coincide with the global announcement. In other words, the phone could launch in India in January 2022.

Aside from that, the publication has discovered more details about the phone’s color availability. Last month, a slew of Samsung Galaxy S21 FE live images surfaced online, showcasing a Galaxy S21 like design. Furthermore, the phone will pack the Snapdragon 888 and Exynos 2100 chips based on the region of launch. The latter is more likely to hit the store shelves in India. In terms of color variants, the Samsung Galaxy S21 FE will be available four eye-catching color options in India. These include Green, Pink, Black, and White.

Details about the Samsung Galaxy S21 FE European price were revealed not too long ago. The 8GB RAM+128GB storage model will reportedly set you back EUR 920/GPB 776 (about INR 78,000). Alternatively, you can go for the 8GB RAM+256GB storage model that will probably retail for EUR 985/GBP 831 (about INR 83,000). The exact Samsung Galaxy S21 FE India pricing details are likely to surface ahead of the phone’s launch next month. 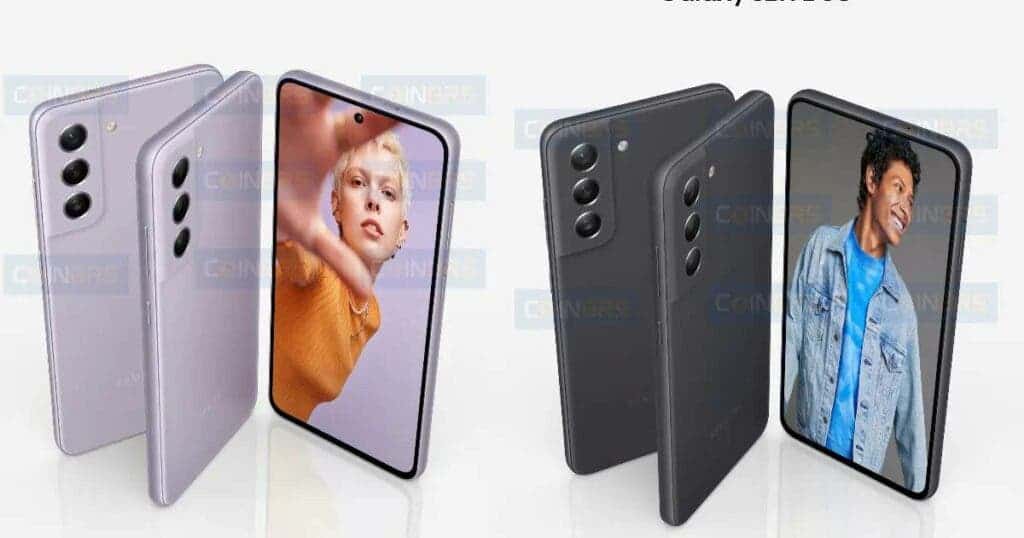 The Galaxy S21 FE will reportedly sport a 6.4-inch display that delivers a refresh rate of 120Hz and an FHD+ resolution. Moreover, it has a Corning Gorilla Glass layer on top. The screen also houses a punch-hole cut out to accommodate the front shooter. Depending on the region of launch, the phone will pack a Qualcomm Snapdragon 888 5G SoC or an Exynos 2100 chipset. Furthermore, it is likely to ship with 12GB of RAM and offer 256GB of expandable (via a microSD card) onboard storage, according to a report from Gadgets360.

The phone will reportedly run Android 11 OS with OneUI 3.1 custom skin on top. In terms of connectivity, the Galaxy S21 FE will offer options like USB Type-C port, Bluetooth 5.2, NFC, GPS, Wi-Fi 6, GPS, 4G LTE, and 5G. For optics, the handset could come with a 64MP main camera, along with a 12MP ultra-wide-angle sensor and a 2MP depth camera. Upfront, the phone has a 32MP shooter for selfies and video calling. Aside from that, it will probably draw the juices from a 4,500mAh battery that supports 15W fast charging.

Previous OnePlus 9R Offer Drops Retail Price to Rs 33,999, Here's How You Can Get this Discount