Smartphone manufacturers are concerned about hiding the front-facing camera under the screen. They fight to see who can do it best. Unfortunately, to this day, none of them has proposed an optimal solution; so that the camera is invisible and the quality of the photos does not suffer.

How successful Motorola‘s under-screen camera will be is anyone’s guess. But guessing will not last for long, because in two days the premiere of Moto Edge X30 will take place. Today, the head of Lenovo’s mobile division announced that the flagship will be released in two versions; one of which will offer a camera under the screen. He especially stressed that the Moto Edge X30 will be the first smartphone with a sub-screen camera and a top- end chip from Qualcomm.

The top manager of the company accompanied his post with a photo showing a special version of the flagship with a camera under the display. Visually, everything looks impressive in the picture and it seems that the front panel is completely occupied by the screen and the eye does not “stumble” on the cutout for the selfie module. 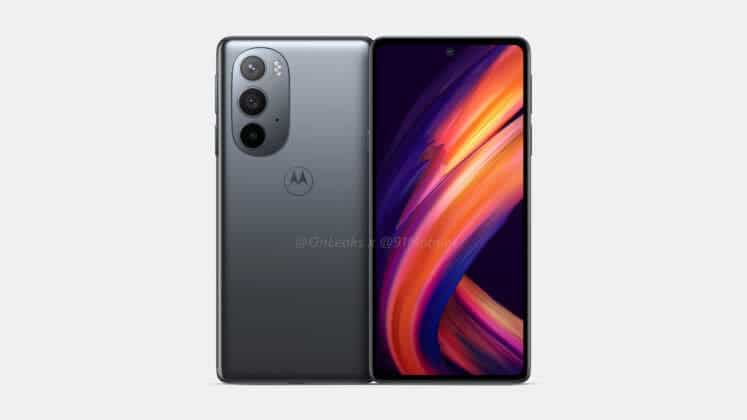 Whether there will be any other differences between the special version and the usual one; except for the front-facing version, is not reported. It is known that the Moto Edge X30 should offer a 6.67-inch OLED panel with a refresh rate of 144 Hz and FullHD + resolution, a triple rear camera of 50 MP + 50 MP + 2 MP, an Android 12 operating system with a My UX 3.0 shell. The smartphone should have a 5000 mAh battery with fast 68-watt charging, about 16 GB of LPDDR5 RAM and built-in UFS 3.1 up to 512 GB.

There is no doubt that the under-screen camera is still a radical choice for the industry; but the crazy increase in user demand and feedback for this feature tells us to do the right thing, not the easy thing. So this time we decided to do whatever it takes, there will be a special version of #motoedgeX30, which will be the first under-screen front camera of the Snapdragon 8 [Gen1] platform, and the first 60 [MP] front camera will never shrink. Double surprise, please wait for December 9th.

Can hide the focus, can’t hide the stunning. #MotoEdgeX30 Beauty selfie with front 60MP screen. When you look back at the previous selfies; you will find that beauty has always stayed on your face and never left. There are 2 days before #MotoEdgeX30 new product launch event on December 9.”