Motorola is developing a “next-generation” flagship phone code-named “Frontier”. This smartphone comes with a 194MP 1/1.5-inch sensor that supports OIS, and a Qualcomm processor code-named “SM8475”. This processor may be the Snapdragon 8 Gen 1 Plus. This device will also support up to 120W fast charging as well as 50W wireless charging. 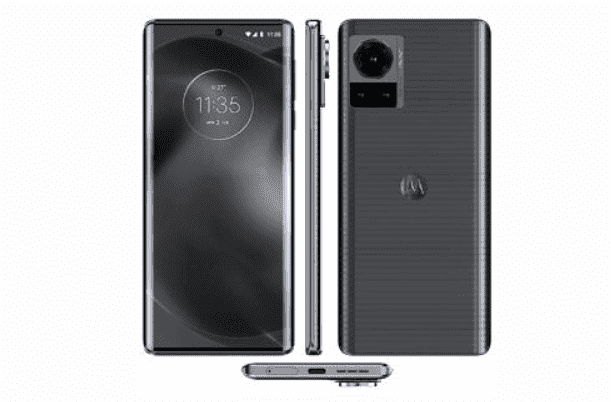 Back in January, there were reports that Motorola is developing a “next-generation” flagship phone code-named ” Frontier “. The smartphone will offer top-of-the-line hardware configurations, including Qualcomm’s flagship processor, super-fast charging speeds, and powerful cameras. According to Eval Blass, Motorola Frontier will support a very large rear camera and a 194MP 1/1.5-inch sensor that supports OIS.

In addition, the smartphone will use a center punch-hole curved screen. In addition to the 194MP main camera, it also comes with two sub-cameras, which are said to be 50MP ultra-wide-angle and 12MP IMX664 telephoto lenses.

Previous rumors claim that the Motorola Frontier will use a 6.67-inch FHD+ OLED display with a refresh rate of 144Hz. It will feature a Qualcomm processor codenamed ” SM8475 “, likely a Snapdragon 8 Gen 1 Plus, and up to 120W wired and 50W wireless charging.

A few days ago, Motorola released a neck wearable 5G device designed to power lightweight VR and AR headsets (XR headsets), such as Lenovo’s ThinkReality A3 smart glasses. According to Engadget, the device looks a lot like a large plastic lanyard with a rectangular flat object underneath. The device features a Snapdragon 8 Gen 1 processor, 5000mAh battery, touchpad, SIM card slot, speakers, and a range of sensors including a gyroscope and accelerometer. Motorola said it has partnered with Verizon to develop the product, capable of connecting to the carrier’s mmWave 5G network. Motorola hopes that this product can become a “separate host” for VR or AR headsets. By removing components such as powerful processors and heavy batteries, VR / AR headsets can be made lighter and more comfortable to wear.

The device is not only compatible with Lenovo’s smart glasses. It also supports Qualcomm’s Snapdragon VR platform, Microsoft’s remote network driver interface, and has USB-C and DP1.4 interfaces. The price and release date of the product is still under wraps.

Next Version 100 of Chrome and Firefox may break many websites