In a bid to keep the costs down, the new Galaxy A03 Core will be running on an Android 11 Go edition operating system. Furthermore, the phone sports a 6.5-inch Infinity-V display with an HD+ resolution. Under the hood, the phone packs a Unisoc SC9863A SoC. Aside from that, it ships with 2GB of RAM and offers 32GB of onboard storage capacity. However, users can expand the built-in storage through a microSD card. Like most Android Go edition phones, the Galaxy A03 Core comes in a single RAM/storage option.

The recently unveiled Samsung Galaxy A03 Core smartphone will set you back INR 7,999 for the only 2GB RAM + 32GB storage model. However, you can choose between two color options including Blue and Black. The phone is housed in a plastic unibody frame. You can get your hands on the newly launched phone through offline retailers, e-commerce stores online, and the company’s official website. Regrettably, there were no launch discounts available at the time of writing. However, Samsung could dole out some loyalty offers to those who purchase the phone through its official websites.

The Galaxy A03 Core smartphone comes with a dual-SIM (Nano) slot. As mentioned, the phone runs Android 11 (Go edition). Moreover, the Galaxy A03 Core features a 6.5-inch PLS TFT LCD display that offers HD+ (720×1,600 pixels) resolution and an aspect ratio of 20:9. Moreover, the phone packs an octa-core Unisoc SC9836A SoC under the hood. The phone will ship with 2GB of RAM and it offers 32GB of built-in expandable storage (up to 1TB) via a microSD card. 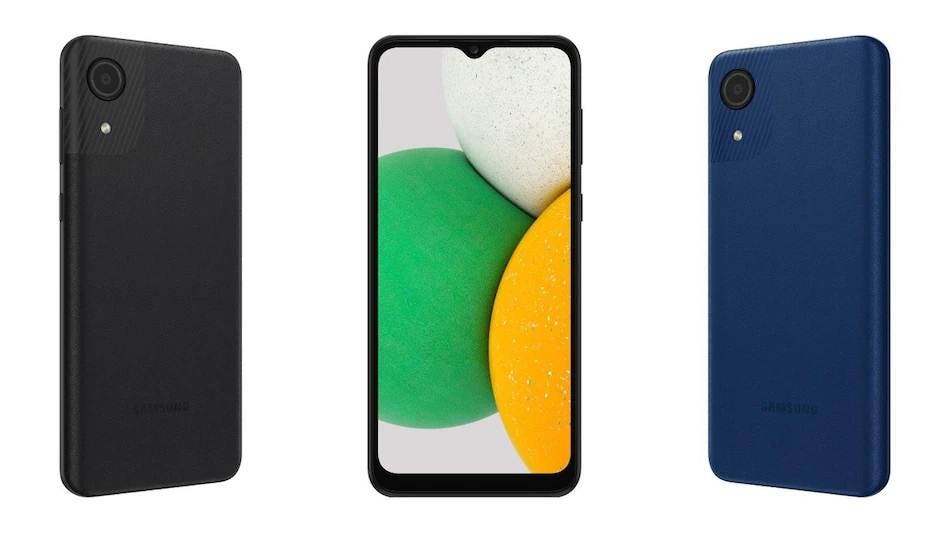 On the photography front, the Galaxy A03 Core houses an 8MP camera with up to 4x digital zoom and an f/2.0 aperture lens at the back. Upfront, the phone features a 5MP camera with an f/2.2 aperture lens. In terms of connectivity, the device offers multiple options including GLONASS, GPS, and a 3.5mm headphone jack. Aside from that, it supports Bluetooth v4.2, Wi-Fi Direct, Wi-Fi 802.11 b/g/n with a 2.4GHz band, and 4G LTE.

As if that weren’t enough, the phone comes with useful sensors like the proximity sensor, light sensor, and accelerometer. Moreover, the device draws its juices from a robust 5,000mAh battery. The phone’s right spine houses the volume and power buttons. Its dimensions are 164.2×75.9×9.1mm and it weighs 211 grams.

Previous Redmi Note 11T 5G to Go on Sale Today at 12 Noon via Amazon, Here's Everything You Need to Know