New details suggesting that the OnePlus 10, OnePlus 10 Pro launch date could be right around the corner have surfaced online. The Chinese smartphone manufacturer is gearing up for an imminent launch of its new flagship smartphone. The word on the street is that the phone will come with the OnePlus 10 Pro moniker. As expected, the company is leaving no stone unturned in a bid to keep its key details under wraps.

The alleged OnePlus 10 Pro variant has made multiple appearances online in the form of leaks lately. Moreover, earlier reports have already divulged some key specifications of the upcoming handset. The upcoming flagship smartphone will be following in the footsteps of its predecessor, the OnePlus 9 series in terms of going official. To recall, OnePlus reportedly canceled the OnePlus 9T smartphone that was slated to launch this year. However, vital pieces of information about the OnePlus 10 Pro launch date have just popped up online, confirming its imminent launch.

If a report from 91mobiles proves to be true, the OnePlus 10 Pro flagship will launch in China in January 2022. However, the report suggests that OnePlus will announce it globally before bringing it into the Chinese market. The phone’s global announcement will take place either in March or April. To recall, the OnePlus 9 series was launched around the same time. The report attributes the phone’s delayed global launch to the unified OS that the Chinese company is working on in collaboration with Oppo.

Taking to his Twitter account on December 7, reliable tipster Max Jambor has shared what looks like a OnePlus event invitation. Moreover, the tweet claims that the event will take place in Las Vegas on January 5, 2022. Interestingly, the OnePlus event’s date coincides with the day the CES (Consumer Electronics Show) will be kicking off. It is worth mentioning here that Jambor did not specifically mention the OnePlus 10 or the OnePlus 10 Pro in his tweet. However, OnePlus could be either announcing or at least hinting at the phones’ imminent arrival at the event.

Also, if earlier reports are anything to go by, the Chinese company isn’t likely to announce the OnePlus 10 series next month. Rumors making the rounds online claim that OnePlus plans to first bring the series into its home country before releasing it in India and other regions. Furthermore, OnePlus does not usually announce its phones at CES. So, it could give its huge fanbase just a glimpse of what the OnePlus 10 flagships will be offering. Previously leaked specifications suggest that the phone will pack a Snapdragon 8 Gen1 just like the Xiaomi 12 and Moto Edge X30.

The OnePlus 10 Pro will reportedly sport a 6.7-inch display that offers Quad HD+ resolution, and a 120Hz refresh rate. Moreover, it has a layer of Corning Gorilla Glass on top. For optics, the phone will probably house three rear-mounted cameras. This includes a 48MP main camera, a 50MP ultra-wide-angle camera, and an 8MP telephoto camera with 3.3x zoom. Upfront, it will house a 32MP shooter for selfies and video calling. Furthermore, the device will carry an IP68 rating for water resistance. 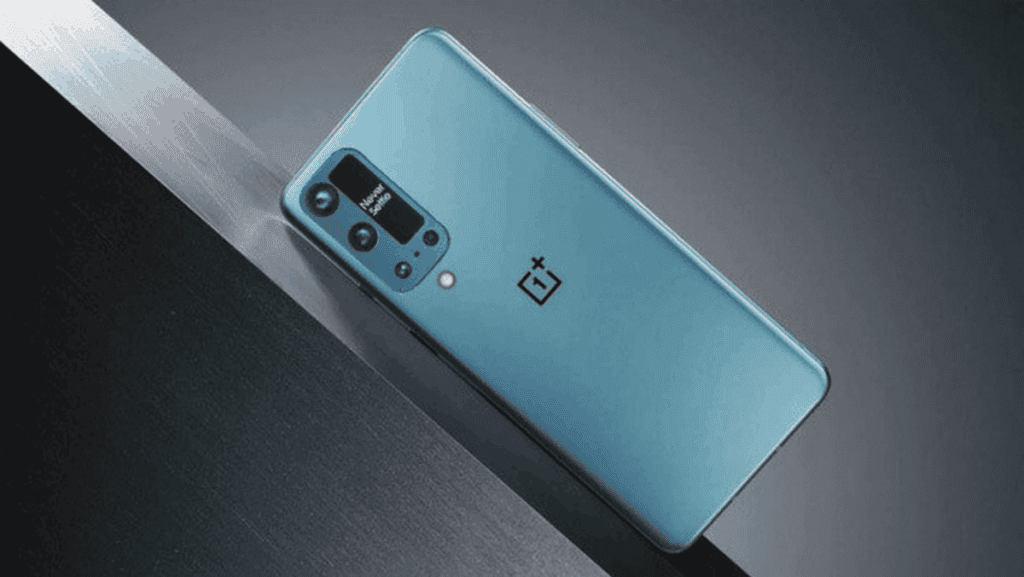 A robust 5000mAh battery that supports 125W wired charging will be powering up the entire system. Aside from that, the phone will available in 8GB RAM+128GB storage, and 12GB RAM+256GB UFS 3.1 storage configurations. The OnePlus 10 Pro renders hinted at a square camera setup at the back. Moreover, they showcased Hasselblad branding. The phone seems to have a tiny punch-hole cutout and feature curved edges at the top. The bottom will accommodate the SIM tray, speaker grille, and a USB Type-C port.

Furthermore, the power button and the alert slider will be available on the right edge. The volume button could be on the left side. More shreds of information about the OnePlus 10 Pro could pop up on the internet ahead of CES.

Next Oppo Foldable Phone Spotted On Geekbench With Snapdragon 888 SoC