Today, Oppo announced that its first self-developed chip will be released soon. According to the poster released by the company, Oppo INNO Day will take place on December 14th. The company will hold a global live broadcast at 4 pm (Chinese Time). We expect that the company will officially announce this chip at the event. According to popular Weibo tech blogger, @DCS, OPPO’s first self-developed chip is a low-power NPU. He claims that this chip will enter mass production and commercialization soon. 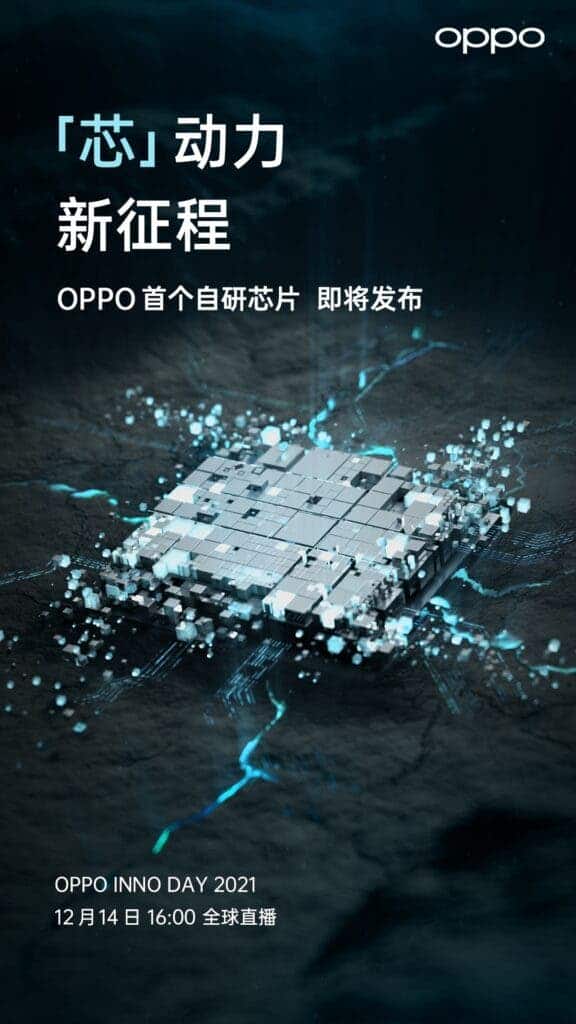 Furthermore, the report claims that the cost of this chip is very high and it uses TSMC’s 6nm process. The Chinese manufacturer has invested a huge amount of research and development into this chip. The low-power NPU is a widely used chip in smart devices.

Take Huawei as an example, in 2017, the Kirin 970 processor was released and this is an NPU chip. This is the industry’s first AI mobile phone chip. Huawei gave an actual application scenario performance. In the process of recognizing 1000 pictures with the NPU, the overall power consumption of the NPU only fluctuates between 0.3-0.7W, and the actual battery consumption is only 0.19% (4000mAh battery). In other words, if the power is sufficient, the NPU can fully recognize 500,000 photos using a battery.

It can be seen that the performance of the NPU in the dedicated scene is very eye-catching. Oppo now has its own NPU chip. As of now, we do not know if the company will open this chip to developers in the future.

Top manufacturers are now making their own chips

Google launched its latest Pixel 6 series with its self-developed Tensor chips. Google will not be the first to have its own chip. Samsung and Huawei have their Exynos and Kirin chips respectively. Apple has the Mi processor which it uses on its laptop. Other companies like Xiaomi have had a jab at making their own chip. From these, we can safely say that self-developed chips are becoming a trend among top manufacturers.

Tesla held an AI day at the Palo Alto headquarters. At the press conference, it launched its artificial intelligence training computer, DOJO D1 chip. The Dojo training module comes with 25 D1 chips and it uses a 7nm manufacturing process. Its computing power is up to 9PFLOPs per second (9 Petaflops). It is reported that the Dojo AI training computer is the most powerful artificial learning machine in the world. It uses 7nm chips to drive 500,000 training units together. The company expects that the next generation of products will bring more than 10 times the improvement. The point is that Musk is not ready to open-source chips.

Next Nokia Suzume With Exynos 7884 Appeared In GeekBench