As the GeekBench page shows, the Nokia Suzume will run the Android 12 system. Also, it will feature an octa-core processor. The latter should be the 14nm Exynos 7884 processor used in the Samsung A10 model. Looking at these features, and the 3GB memory, we have every reason to think the Nokia Suzume will be a low-end device designed for dedicated markets. However, what’s more important, the emergence of this new phone hints at a new partnership between Nokia and Samsung. So in the future, we might see more Nokia phones using Samsung’s processors. Of course, they will mainly appear on affordable phones. 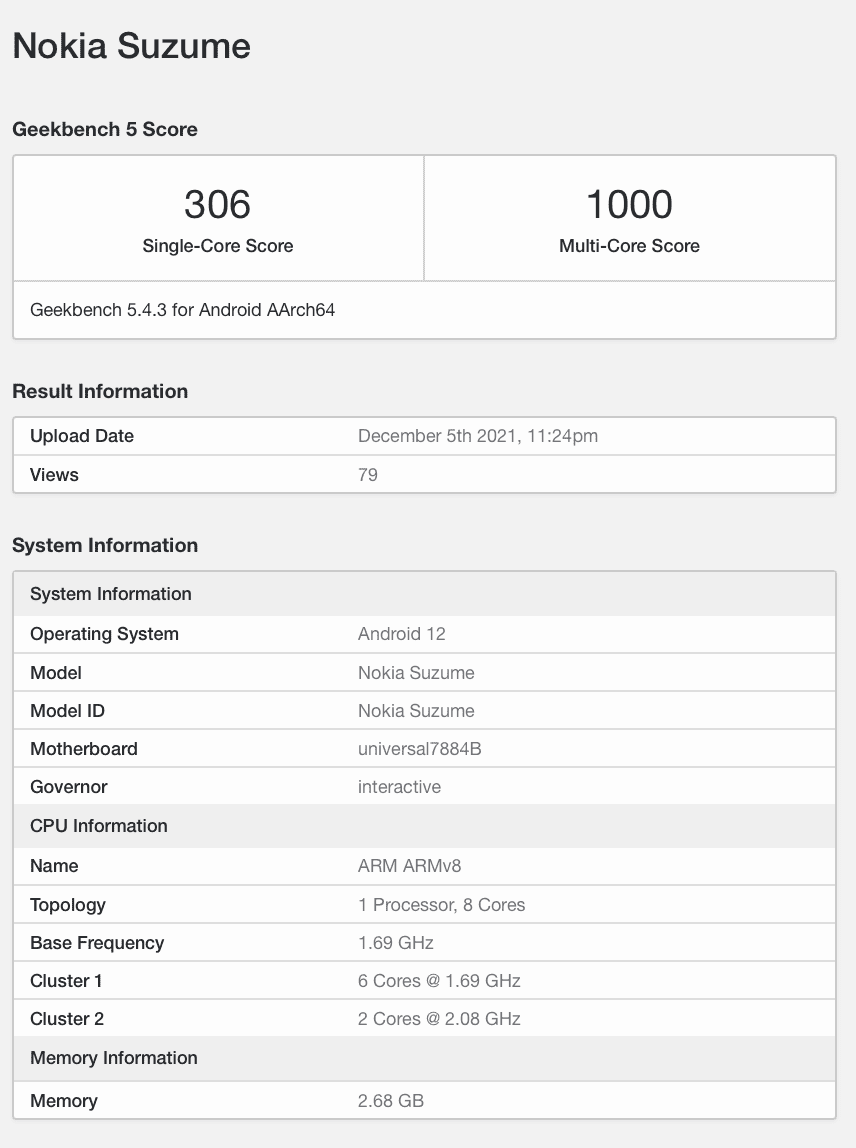 As a reminder, the Samsung Galaxy A10 was launched in 2019. This phone uses the Exynos 7884 processor.

Recently, Samsung officially announced that it will increase the number of Exynos devices in the next year. A couple of months ago, we heard that Samsung had been working hard to increase the share of smartphones based on Exynos to 50-60% in the model range. These chips are mainly used in low-end and mid-range smartphones. So there is every reason to think that Samsung will achieve this goal by expanding the market share of these phones. Some sources even prove that the number of Samsung devices with Exynos chips will double or triple next year.

However, we should point out that this is reasonable. We mean the manufacturer has suffered a lot because of the crisis in the semiconductor market. So like other companies, Samsung wants to reduce its reliance on third-party chip makers as well. But at the moment we can’t assess how accurate this forecast is. We should keep in mind another prediction that in 2022 Samsung will release 64 models of smartphones and tablets. 20 out of 64 will come with the Exynos chips. Thus, 30% of all models will sport Samsung’s in-house-made chips.

Though Samsung still can’t compete with Qualcomm and MediaTek, it is serious when it comes to chip manufacturing. According to the latest reports, Samsung grabbed a 7 percent share in the global smartphone application processor (AP)/System on Chip (SoC) market in Q2. This allows the company to land in fifth place.

“It slipped to the fifth position with a 7 percent share as it is in the middle of restructuring its smartphone portfolio strategy of in-sourcing, as well as outsourcing to Chinese ODMs,” Counterpoint Research said. “As a result, the share of MediaTek and Qualcomm has been growing across Samsung’s smartphone portfolio, from the mid-range 4G and 5G models.”