Oppo’s Chief Product Officer and OnePlus Founder, Pete Lau, also posted about the new foldable Oppo Find N with the same teaser. For those unaware, the Chinese giant has been developing this foldable device for four years. Unfortunately, it’s not fully disclosed as the official unveiling is slated for December 15 at 4 PM local time. As previously speculated, Oppo will use its INNO Day event in China to bring more details about the new foldable handset.

The company also teased its upcoming retractable camera to build anticipation for the event. This technology should also be fully disclosed at the INNO Day, but actual availability should still take some time. So, we can see even more teasers in the coming days ahead of the event. We can already confirm the arrival of the foldable smartphone at the event.

Back in the last year, Oppo used its innovation event to showcase its rollable smartphone concept. However, a few weeks later the executive stated that this technology was still a few years away from seeing the light of the day. This won’t be the case with the retractable camera which may appear in the Oppo Find X4 series. Also, the foldable smartphone itself can already be considered a reality for 2022 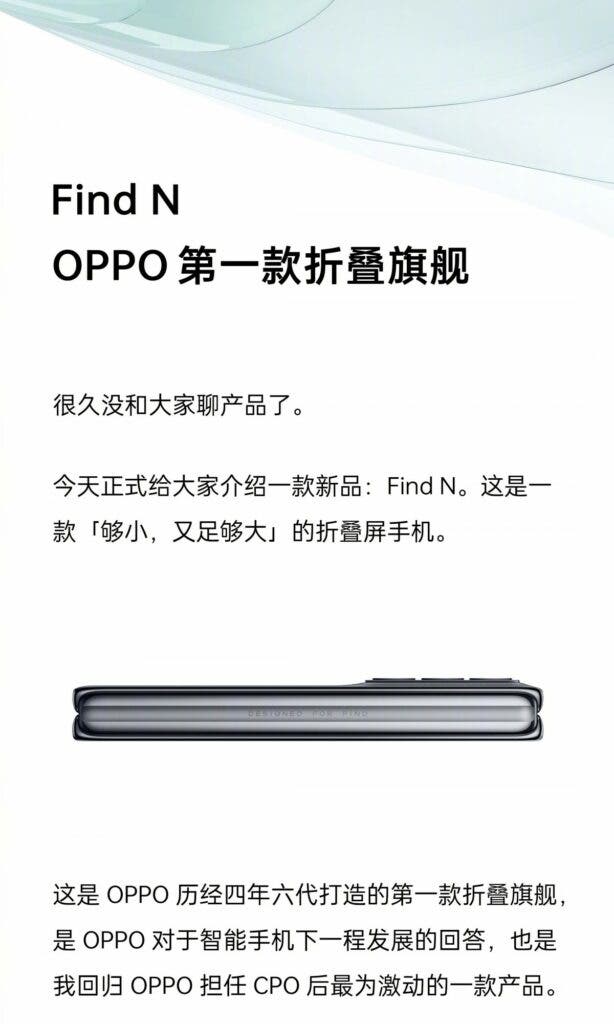 Talking about foldable smartphones, for another year, Samsung has kept the market under its belt. The Samsung Galaxy Z Fold3 and Galaxy Z Flip3 proved to be very successful despite their high prices. In fact, Samsung is ditching its Galaxy Note series and will further strengthen its segment of foldable smartphones. Xiaomi unveiled its first foldable smartphone earlier this year, and now Oppo will be the second newcomer for this segment. Google will launch a foldable Pixel, but at least for now, the devices seem to be canceled.

We may finally see some competition for Samsung in the next year as Vivo is also gearing up to introduce its foldable device. The Chinese firm will join Xiaomi and Oppo new contenders. Even Huawei is planning a return with a completely new foldable.

Next Tecno Pova Neo announced with big battery and screen