Furthermore, in the Top 5 flagship smartphone chip list, we have two Dimensity processors. Thanks to MediaTek’s technology accumulation in the 5G era and the excellent performance and craftsmanship of the Dimensity series. The Dimensity 1200 and 1100 make the top five flagship processor list for 2021.

Back in January this year, Qualcomm officially announced the Snapdragon 870 after launching the SD888 in December. This processor occupies the top spot in the top 5 flagship smartphone processors list from AnTuTu. It is based on the 7nm node and has a 3.2GHz CPU. We can describe this processor as a “pseudo-flagship” processor and the prime core runs at 3.2GHz, up from 3.1GHz on the 865+. The Snapdragon 870 makes use of Kyro 585 cores, which are in fact, ARM Cortex-A77 cores with some tweaks from Qualcomm.

Qualcomm bets on the Adreno 650 GPU to ensure high-end graphical performance. The Hexagon 698 and the Tensor Accelerator deliver the same 15 TOPs as its predecessor, Snapdragon 865. When it comes to the display driver, the chipset can run 1440p panels at up to 144Hz or 4K resolution at up to 60Hz. Just like other high-end offerings, the Snapdragon 870 supports HDR10+. The Spectra 480 ISP is the same inside old models, it offers support for sensors up to 200MP, 8K video capture at 30 fps, or 4K at 120 fps.

The Dimensity 1200 integrates a new generation of 5G modem. Officially, this chip is the first SoC that supports 5G high-speed rail mode and 5G elevator mode. At the same time, the Dimensity 1200 adopts power-saving 5G UltraSave technology to ensure power consumption under the SA network. In addition, the chip has 5G global band bandwidth support.

In terms of gaming, the Dimensity 1200 is optimized in four aspects: network, image quality, control, and intelligent load. The continuous network function of incoming calls is upgraded to 3.0. In terms of game image quality, the Dimensity 1200 adds ray-tracing technology to allow virtual objects to interact with real-life ambient light and have better reflection and refraction.

Qualcomm officially announced the 5nm Snapdragon 888 Plus processor in June 2020. This product is an improved version of the Snapdragon 888 chip. The latter contains one powerful Cortex-X1 core with a frequency of up to 2.84 GHz, three high-performance Cortex-A78 cores, and four energy-efficient Cortex-A55 cores. The processor includes the Adreno 660 graphics accelerator and the Snapdragon X60 5G modem with data transfer rates up to 7.5 Gbps. 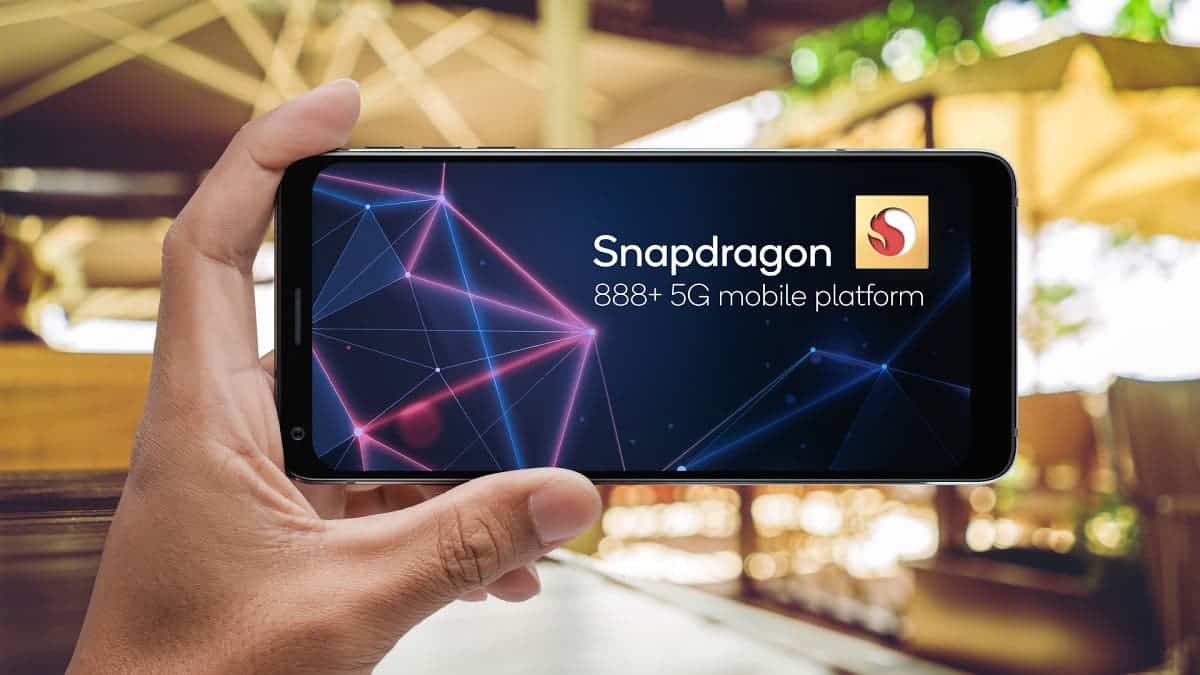 The Snapdragon 888 Plus chip has a maximum clock speed of 3 GHz. For the graphics subsystem, the chip supports OpenCL 2.0 FP, Vulkan 1.1, DirectX 12, and OpenGL ES 3.2. The platform includes a Wi-Fi 6E wireless controller with the ability to use the 2.4, 5, and 6 GHz bands. In addition, it supports a Bluetooth 5.2 adapter. It is possible to use 4K displays with a refresh rate of 60 Hz and a QHD+ display with a refresh rate up to 144 Hz. The camera resolutions can be up to 200 megapixels.

In terms of camera performance, the Spectra ISP of SD888 supports faster billion-pixel-level processing speeds. Users can process 2.7 billion pixels per second to take photos and videos. This is about 120 frames per second and each frame is 12MP. The processing speed is up to 35% higher than the previous generation platform.

It is not a surprise that this processor makes the top 5 flagship smartphone processors list from AnTuTu. The Dimensity 1100 chip uses TSMC’s 6nm process technology. It has four A78 2.6GHz cores and four A55 2.0GHz cores. It integrates the ARM G77 MC9 GPU and supports dual-channel UFS 3.1.

Apart from this, the Dimensity 1100 also supports a 144Hz refresh rate display to obtain ultra-clear, delay-free images. There is support for MediaTek HyperEngine 3.0 game technology. The latter includes 5G call and data concurrency, providing a more reliable connection. Plus, it brings a multi-touch response speed, improving the performance of the touchscreen. The new chipset also supports ‘ray tracing’ in mobile games and artificial reality applications to obtain more realistic images. At the same time, the super hotspot saves power, allowing users to have more time between charges.

Next Don't miss the Double 12 Sale at Keysfan, buy Office and get Windows for free !