Huawei is gearing up to introduce a brand new foldable smartphone. The device represents a new milestone for the company in terms of foldability, after all, it ditches the Huawei Mate X series design language in favor of a clamshell-like build. The company will unveil soon its foldable smartphone and it will feature a clamshell-like design. Interestingly, Huawei isn’t creating a fancy new lineup for this device. Instead, it will be part of the P50 series with the Huawei P50 Pocket moniker. That’s an interesting advancement since most companies tend to launch foldable smartphones with unique names. But, we can say that this is almost what Oppo is doing with its Find N since it’s part of the company’s legendary Find series. Besides the name confirmation, we also got an exact launch date for the device. It will be announced on December 23.

The Huawei P50 and P50 Pro were unveiled earlier this year and were controversial. In light of the ongoing ban and continuous sanctions, Huawei had to launch these devices without 5G connectivity, even though they sport SoCs that are originally 5G capable. Also, there are variations with Snapdragon 888 4G and Kirin 9000 SoCs. The reason is the shortage of Kirin 9000 chips one time that the company had to cease its 5 nm chipset manufacturing that used the TSMC process. Even though, these devices are here and are the only flagship devices launched by the former Behemoth this year. Now, they will be joined by a new foldable handset. 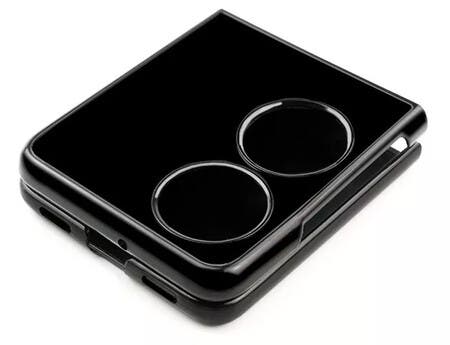 Huawei P50 Pocket is the new “foldable” flagship for the series

Curiously, previous rumors were suggesting the Huawei Mate V moniker for the clamshell folding device. Now, its Huawei P50 Pocket moniker is pretty much confirmed as well as its December 23 launch date. Previous leaks have been suggesting a form factor that resembles devices like the Galaxy Z Flip3 and the Motorola RAZR. However, Huawei’s Pocket will still have unique features. It has a big cover screen and a dual-camera setup with vertically aligned modules.

With the large “outer” display, users can easily capture selfies with the main camera setup. As a result, the internal screen is free from any interruption like a punch-hole or notch. When unfolded you’ll have a true full-screen experience with the handset. Furthermore, Huawei is calling this device a “winter flagship” which is a fancy way to celebrate its first flagship launched at the end of a year. As per the rumors, the handset has a heat pipe that can bend and offer better heat management and performance.

For now, it’s unclear if the Huawei P50 Pocket will go for a Snapdragon chip or will use the last units of the Kirin 9000.