As SamMobile reported, Samsung’s next-generation Android tablet called the Galaxy Tab S8 Plus had appeared on the Geekbench benchmark platform. What’s more important, this leak proves the forthcoming tablet will sport the latest Qualcomm chip. Thus the Snapdragon 8 Gen 1 will appear not only in smartphones but also on tablets.

The Galaxy Tab S8 Plus model is SM-X808U. The screenshot also shows that it comes with 8GB of RAM. We still have no information on whether there will be other memory variants. But even if this is the only model, in pair with the Qualcomm Snapdragon 8 Gen 1, it will provide outstanding performance. We guess it will even outrun the iPad. Anyway, let’s leave predictions and look at the actual scores. In GeekBench, the tablet scored 1223 points and 3195 points in the single-core and multi-core tests, respectively. 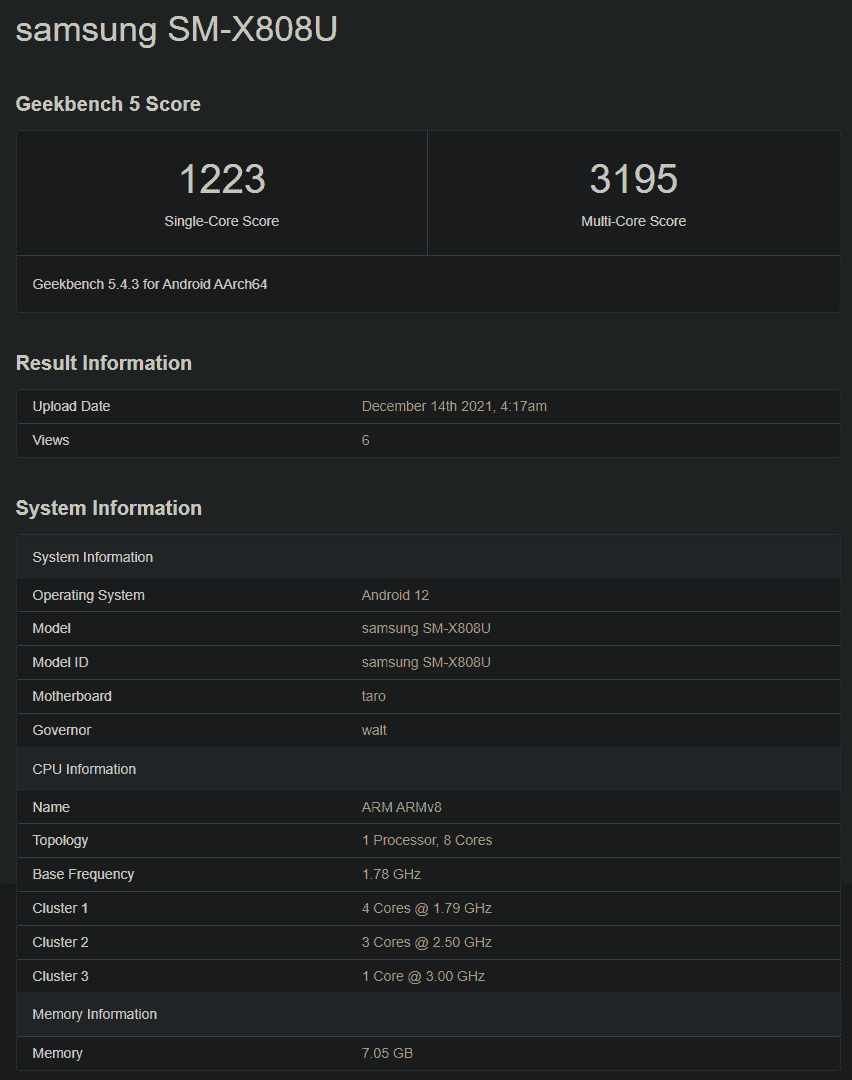 As for the biggest highlight of this product, on December 1, Qualcomm officially released the Snapdragon 8 Gen 1. It is manufactured using Samsung’s 4nm process. The CPU specifications include 1 Cortex-X2 3.0GHz, and 3 Cortex-A710 2.5GHz cores, and 4 Cortex-A510 1.8GHz cores. 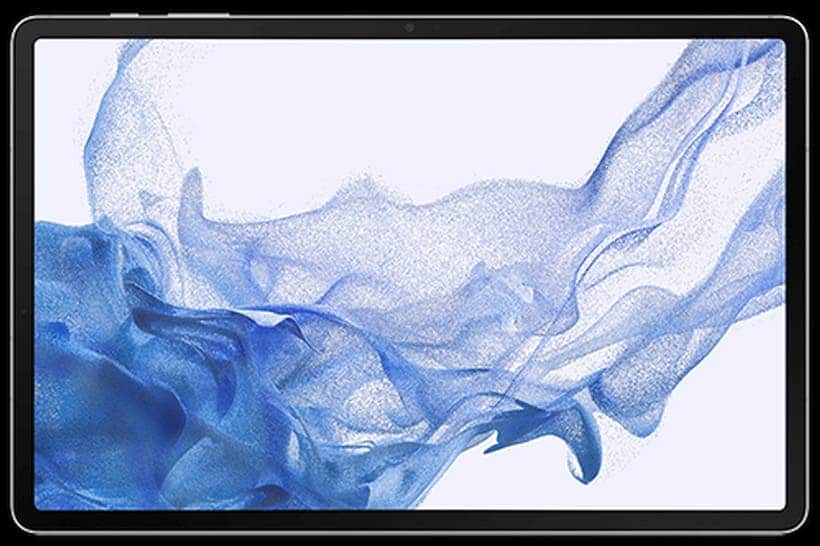 Apart from this, the Samsung Galaxy Tab S8 Plus will be eye-catching in other aspects as well. Say, it ought to come with a 12.4-inch screen. As a reference, the vanilla version will pack an 11-inch display. Besides these two, there will be the third version with a 14.6-inch bangs screen.

The source thinks that Samsung will unleash the Galaxy Tab S8 series products at the Galaxy Unpacked event in February 2022.

Recently, the International Data Corporation (IDC) released its latest forecast for the global market of traditional personal computers and tablets.

According to the report, by the end of 2021, the PC market shipments will exceed 344.7 million units. Thus, it will be 13.5% more than that of last year. However, supplies will decline by 3.4% in the current quarter. The reason is the shortage of electronic components, which hit various sectors of the IT market hard.

Similarly, the tablet market will see an increase of 4.3% for the outgoing year as a whole, while quarterly sales will decrease by 8.6%.

The research company also predicts that the growth in shipments of traditional personal computers will slow down. At the same time, they think shipments of tablets will decline. Also, the tablet sector will experience negative dynamics due to competition from smartphones with large displays and laptops.

Previous Huawei P50 Pocket will be revealed on December 23