Well, if you’re looking hard in the market figuring out which Android flagship to buy these holidays, I would say… stop, read, and choose! Qualcomm just previewed recently their next-generation System On Chip dubbed Snapdragon 8 Gen 1 and – to be honest – it looks as something has changed. 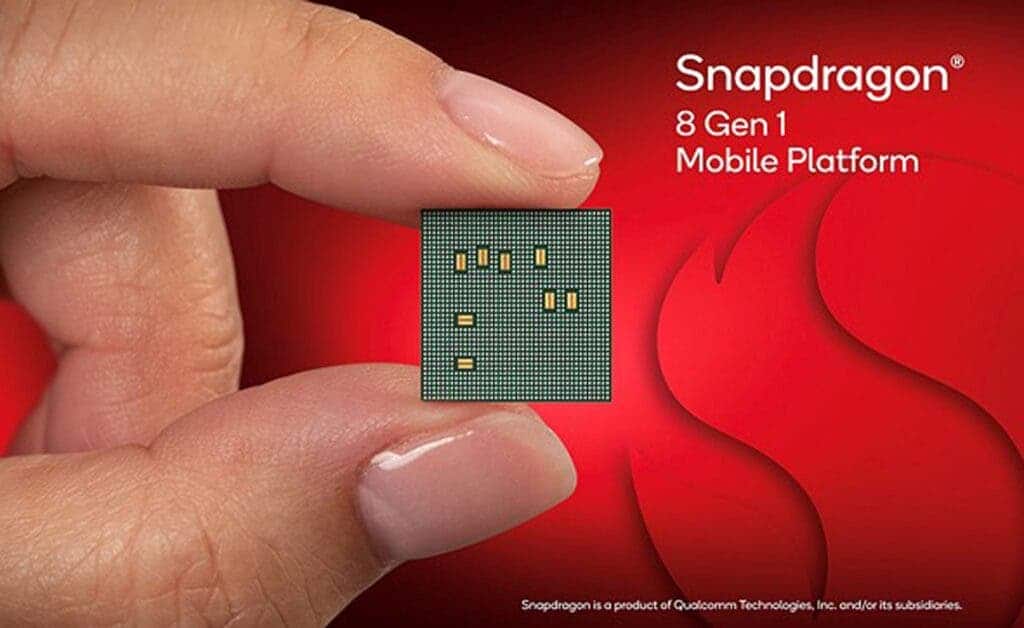 The chipset behemoth praised their brand-new creation a couple of days ago, mentioning that it’s their most advanced 5G platform ever. It’s based on a super-fast Snapdragon® X65 5G Modem-RF System ushering in unprecedented speeds up to 10 Gbps while supporting all-day power and more locations than ever. Plus, the Snapdragon 8 Gen 1 features leading Wi-Fi 6 & 6E with multi-gig speeds — even with multiple devices on one network. 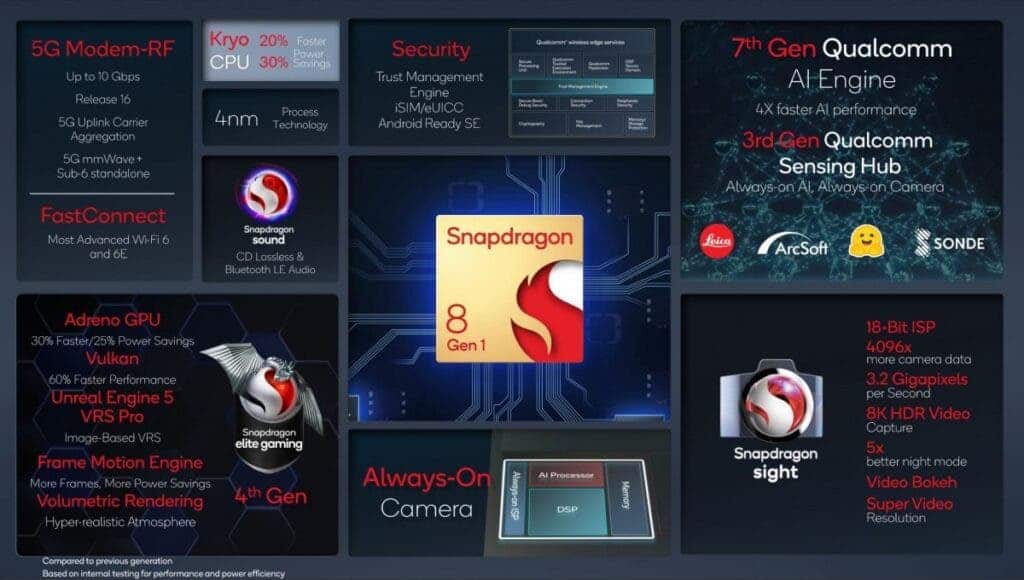 Wow… that’s seems huge for a chipset, but what does this really mean when it comes to our everyday life? How can we choose wisely our next Android smartphone knowing that this system will be inside next year’s smartphones? Samsung for example – with its Galaxy S22 lineup will be running this beast, along with OnePlus, Black Shark, Nubia, iQOO and other major players in the market. What can we expect from the next batch of Android flagships in 2022?

Here’s what we know so far:

Qualcomm is very pleased with the camera performance of their next gen chipset, and this is paving the way for some multimedia miracles ready to happen. The US based company has high hopes on their Spectra ISP, the image signal processor that manages a lot of the camera features on your next smartphone. It’s their first ever 18-bit ISP, ready to record astonishing detail in over a billion shades with first-in-mobile 8K HDR video capture. We’re talking about a huge step in image processing – a vast improvement from Snapdragon 888’s 14-bit capabilities. As a result, we can expect greater dynamic range, sharpness and colors in the photos we can shoot.

Perhaps some of you read above that the new Spectra ISP offers support for 8K HDR video capture, a feature that according to Qualcomm will let people record more than a billion shades of color. The new signal processor is much faster, with 2 times the amount of burst photos user can capture in 1 sec – much faster than its predecessor. 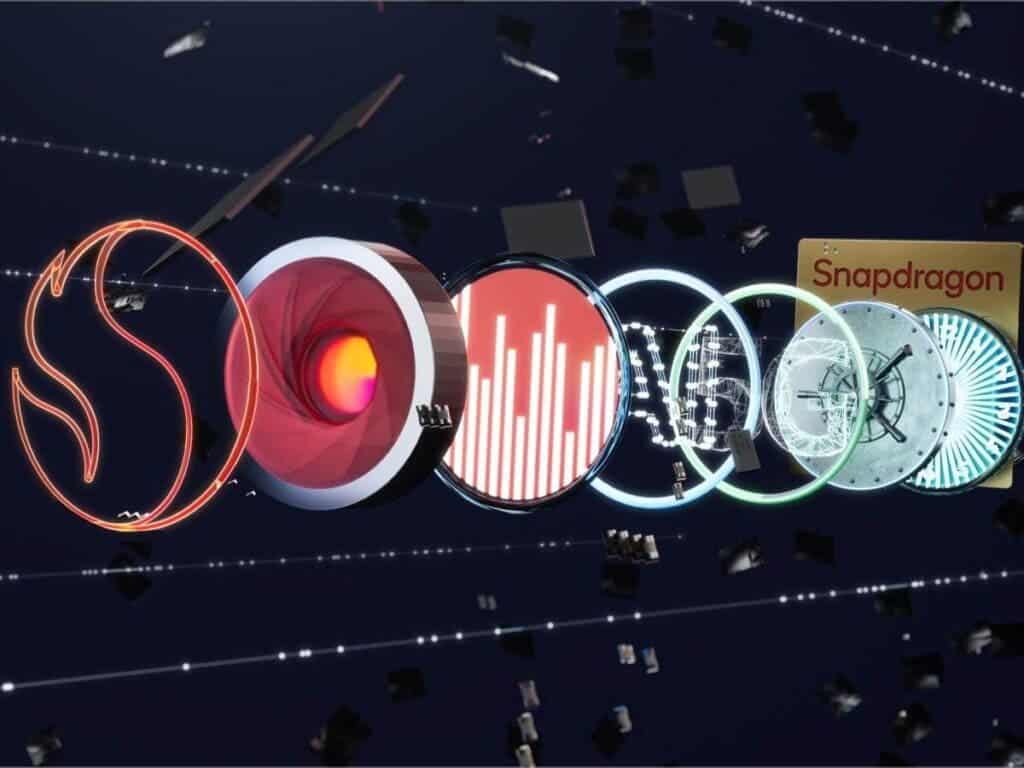 SO much power one might say. How can manufacturers work on this and improve the performance of their 2022 flagships? Mobile photography is now a crucial part of our everyday life. So I can expect that Samsung (world’s largest manufacturer), OnePlus, Xiaomi, ZTE/Nubia and others will push their boundaries even further. Like improving camera features, zoom capabilities, real-time recording, image processing, quality/saturation/noise/balance quick fixing etc.

Xiaomi is – for example – working on their Xiaomi 12 flagship, one that will pack a huge 50MP main shooter, with Spectra ISP on top. OnePlus will probably use the brand new Snapdragon 8 Gen 1 SoC in their upcoming OnePlus 10, in cooperation with Hasselblad, after their successful mating on this year’s OnePlus 9. Samsung is one more smartphone behemoth ready to use the new camera ISP in their Galaxy S22 flagship series – obviously those that will become available in the US market.

The rest EU variants will just have to rely on their own Exynos SoC as it happens the past years. The main camera will be a 50 MP snapper, it’s a 1/1.57″ sensor with 1.0 µm pixels and an f/1.8 aperture. The unit is in line with the Samsung GN5 and Sony IMX766 sensors, and in fact, it could use both. It’s not a secret that Samsung tends to dual source the camera sensors of its devices.

The Galaxy S22 and S22+ will have significant changes in the telephoto camera. It will switch from the current lossless digital zoom approach to a more traditional optical zoom with 3x magnification. The sensor will be a 10 MP unit with f/2.4 aperture,  1/3.94″ optical format, and 1.0 µm pixels. Joining those will be a 12 MP sensor for the ultra-wide camera. There is a 1/2.55″ in size with 1.4 µm pixels and an f/2.2 aperture. This is essentially the same as on the Galaxy S21 series.

Snapdragon 8 Gen 1 – AI for the masses

The 7th Gen Qualcomm ® AI Engine enables ultra-advanced AI use cases across the board, operating up to 4x faster than the predecessor—the company’s fastest to date. Plus, the Qualcomm® Hexagon™ Processor packs fused accelerator architecture including the 2x faster tensor accelerator and 2X larger shared memory. 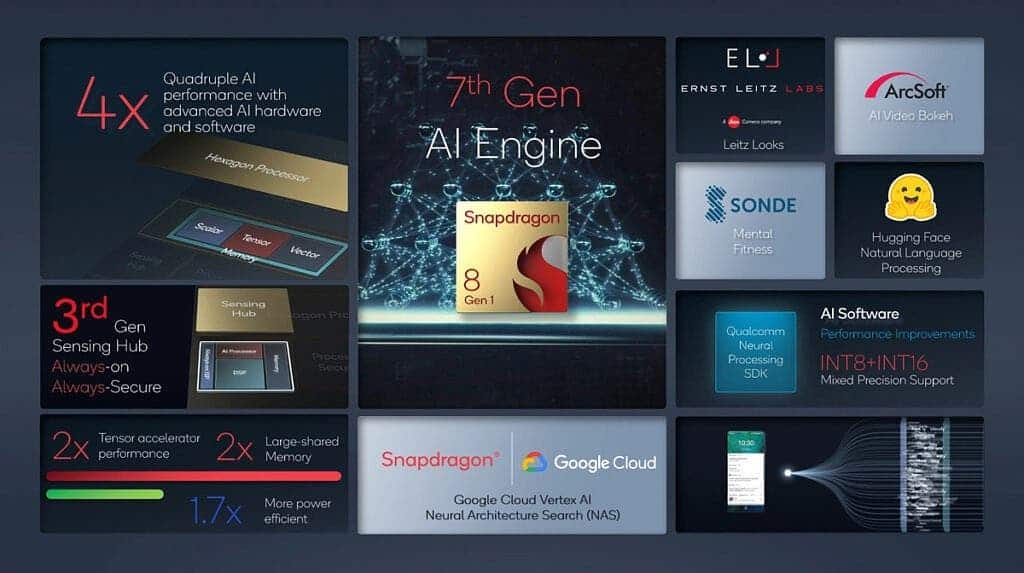 That’s fine but what do they truly mean for the everyday user? Qualcomm’s new generation of AI Engine will improve photo shooting, creating the necessary scenes for selfies. Also auto-fixing brightness during night photos and more.

The tensor accelerator on that processor is twice as fast as before and has double the shared memory, contributing to a faster, more energy-efficient AI Engine. (Some first Snapdragon 8 Gen 1 benchmarks  tend to confirm the much faster AI performance, albeit total performance only shows modest gains over the Snapdragon 888.)

But what really can we see in our 2022 smartphones in terms of AI? Who could say? How about natural language processing to group text messages – make the most important sounding, appear first by the AI? Improved photo filters? More realistic bokeh blurs perhaps?

If we’re to believe Qualcomm’s spokespersons then we could also have our Android smartphones’ AI monitoring our mental health, physique, daily routines and so on.

It’s typical for any brand-new chipset to out-perform its predecessor – after all that’s why it’s made, isn’t it? Well, the Snapdragon 8 Gen 1 early benchmarks were not something to brag about, as it just offered 10-20% speed boost. Is this what a gamer needs one might ask? The new SoC comes with Snapdragon Elite Gaming support: a full suite of desktop-level features. Like volumetric rendering for hyper-realistic visuals that could blow our minds.

The re-architected Qualcomm® Adreno™ GPU is 25% more efficient and delivers 30% faster graphics rendering. Plus, it’s the first Snapdragon platform to showcase Unreal Engine 5 – while consuming 30% less energy. If one combines all of the above, it’s fairly straightforward to see that we have a chipset that can see eye to eye with Apple’s A15 Bionic SoC – even though by the time it will be mass produced, Qualcomm’s creation will have to compete with the not yet unveiled A16 SoC. 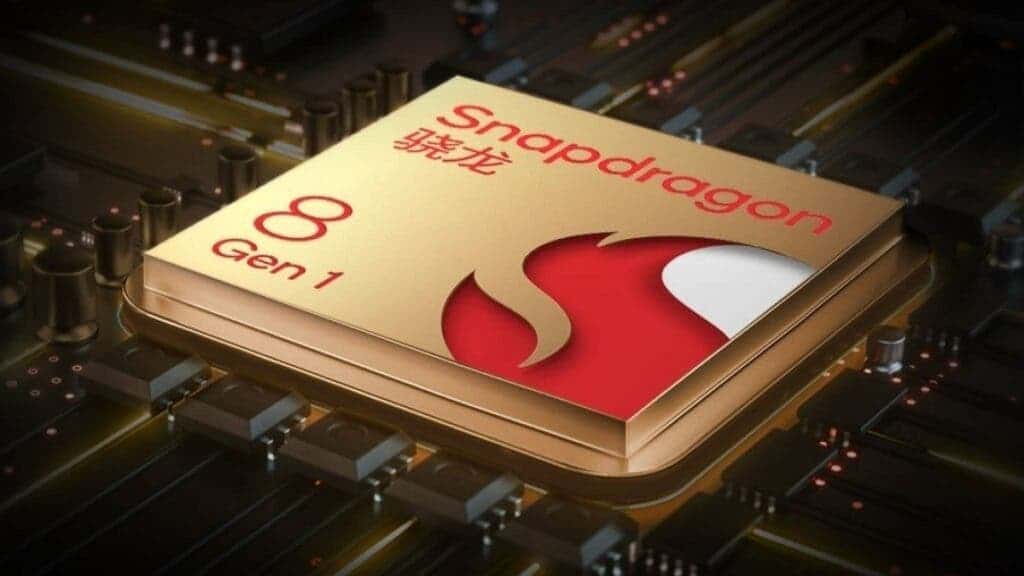 This could be a worth fighting match but to be honest, we’re in 2022. Performance isn’t necessarily the thing that we should be thinking about when it comes to choosing the best Android smartphone out there. There are other factors one should take into consideration. Other areas of excelling such as AI, camera performance, 5G speeds, interconnectivity, Wi-Fi 6, multimedia playback/streaming and more.

Snapdragon 8 Gen 1 features that could break the bank

Don’t believe that the aforementioned features are the only ones we will be seeing. Qualcomm showcased some more features of their upcoming flagship SoC and I’m sure we have a lot to expect. So how about gaming? The US company plans to improve its Snapdragon Elite Gaming features aimed at bringing desktop-style gaming to mobile devices. We will also be able to see some volumetric rendering in our mobile displays. This means that environmental factors such as fog and smoke will look more realistic in games. There’s also an Adreno Frame Motion engine that increases frame rates without a corresponding rise in power.

But there’s more. The Snapdragon 8 Gen 1 will be one of the first LE audio chipsets, with stereo recording, and voice back-channel. There will be also Bluetooth 5.2 and Snapdragon Sound Technology for crisp sound, lossless audio, improved battery life and performance.

2022 will be the main 5G era, so we can expect the company to provide better speeds and performance. They boast that their 4th Gen Snapdragon X65 is the world’s first 10 Gigabit 5G Modem-RF solution. It’s also the first 3GPP Release 16 5G solution providing unmatched speeds and supporting more networks, frequencies, and bandwidths globally.

Last but not least, the new chipset will provide industry-leading Wi-Fi and audio. The Qualcomm® FastConnect™ 6900 System enables Wi-Fi 6 and 6E with lightning-fast speeds up to up to 3.6 Gbps. It also supports Snapdragon Sound technology for 16-bit 44.1kHz CD Lossless wireless music streaming. As well as LE Audio implementations—a Snapdragon first. This will allow users experience broadcast audio, stereo recording for content creators, and voice back-channel for gaming.

If you’re intrigued by all the above, so are we. We’ll be here to share any news on Snapdragon 8 Gen 1, and the flagships that will be using it.