Oppo has just unveiled its new MariSilicon X NPU that is manufactured in the 6 nm process. The new revelation happens during the company’s INNO Day event which is also serving to disclose new technologies for future Oppo smartphones. The goal of MariSilicon X NPU is to enhance the quality of photos and videos and also expand the range of features inside of Oppo smartphones’ cameras. As expected, the first smartphones to benefit from the new NPU will be those under the Oppo Find X4 series. These devices are the company’s next flagship offerings for 2022 and will appear until the end of Q1 2022.

The Oppo MariSilicon X has an Image Signal Processor (ISP). Therefore, Oppo won’t be relying on the ISP found inside the Snapdragon 8 Gen 1 processor. It offers support for a 20-bit, 120db dynamic range in images, real-time RAW processing in 4K videos. Using the NPU, an AI can apply different algorithms for noise reduction, better color reproduction, HDR, improved detail, dynamic range, and etc. The ISP can also be used with the company’s upcoming RGBW sensor to separate the white channels from the RGB. 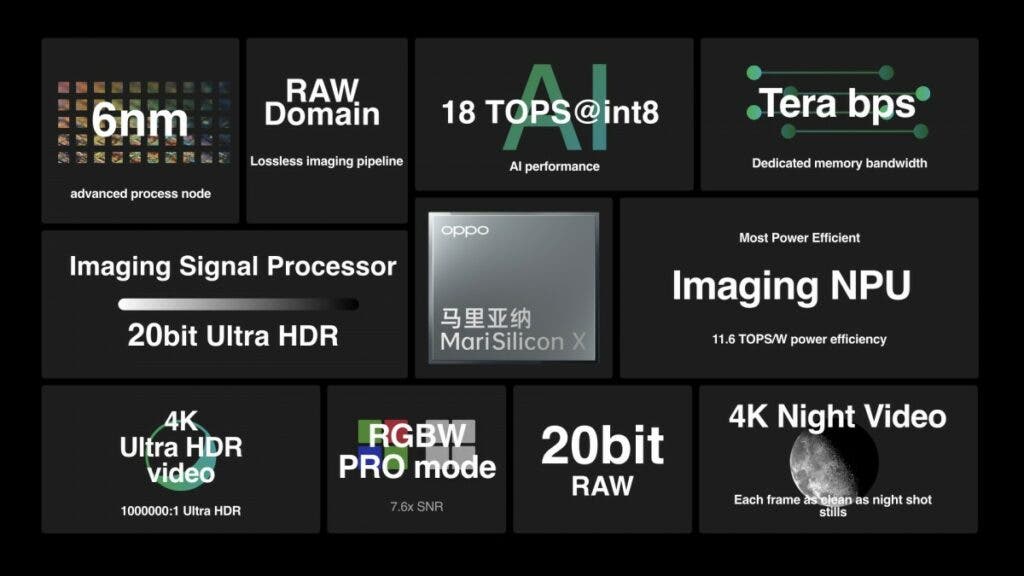 The Neural Processing Unit can also boost AI-related tasks due to its increased powers. It can do 18 trillion operations per second (TOPS) and it’s also efficient in doing so, mainlçy thanks to the dedicated memory system. Normally, an NPU relies on the system memory but that slows down the processing time and wastes energy in the process. Nowadays, everything is being more power-efficient and Oppo is aware of this fact. The company’s solution offers a dedicated memory capable of 8.4 GB/s data transfers. 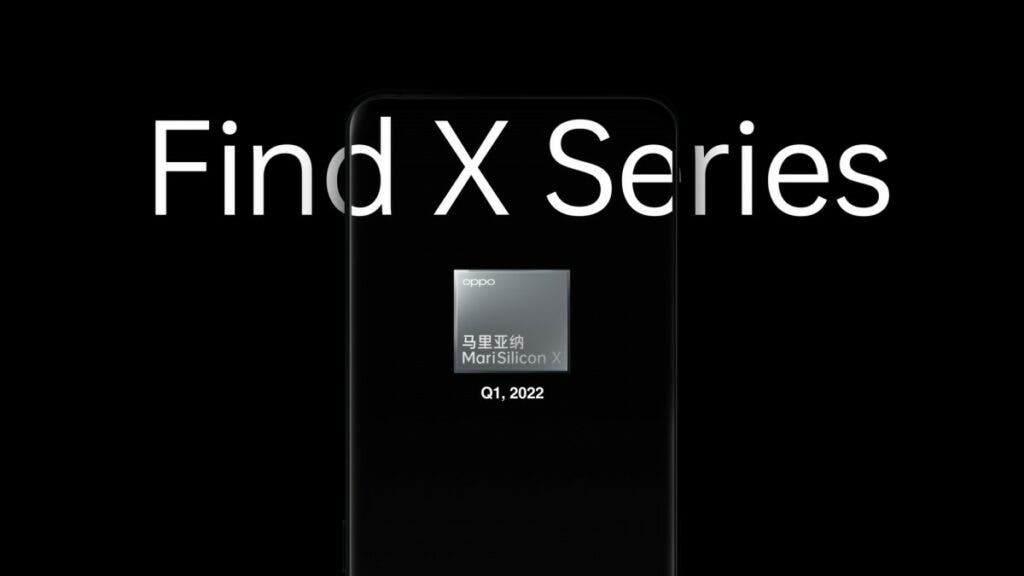 The MariSilicon X NPU will arrive sometime at the beginning of 2022. That’s pretty much in line with the rumored launch of the Oppo Find X4 series. This year, the Oppo Find X3 series was revealed in March. As a result, we assume Oppo will stick with this schedule since its OnePlus arm is bringing its flagships earlier. The new flagships will promise “the most advanced and powerful imaging experience ever”. Interestingly, rumors also say that the Find X4 Pro will bring a retractable camera module. Of course, needs confirmation. Anyway, as far as the new NPU goes, we can really expect it with the upcoming handsets.

Next Huawei P50 Pocket will be revealed on December 23