Apple announced many features for its 2021 operating system updates during its WWDC 2021 conference. However, at that time, we didn’t know that announcing and launching were two completely different things… iOS 15 and iPadOS 15 have been available since September, while macOS Monterey made its big debut in October. The two updates were rolled out lacking many features that were announced back in the WWDC. Apple is slowly adding the promised features, but the wait will be long for some of these features. Today, the company unveiled the macOS Monterey 12.1 update with SharePlay. However, those waiting for Universal Control will have to wait until 2022.

SharePlay was one of the most anticipated features in macOS Monterey. However, the feature proved to be seriously buggy during the beta-testing phase. So Apple decided to launch the OS without it at the first moment. The company used the extra time to issue fixes for the buggy firmware and make it more stable. While SharePlay is finally available, the situation will be different for Universal Control. Those who have been eagerly waiting for one of the most promising features will have to wait a bit longer.

After some months in silence, Apple decided to officially delay Universal Control. This has been a hallmark feature for macOS Monterey and iPadOS 15 and stole the attention in June, until Spring 2022. 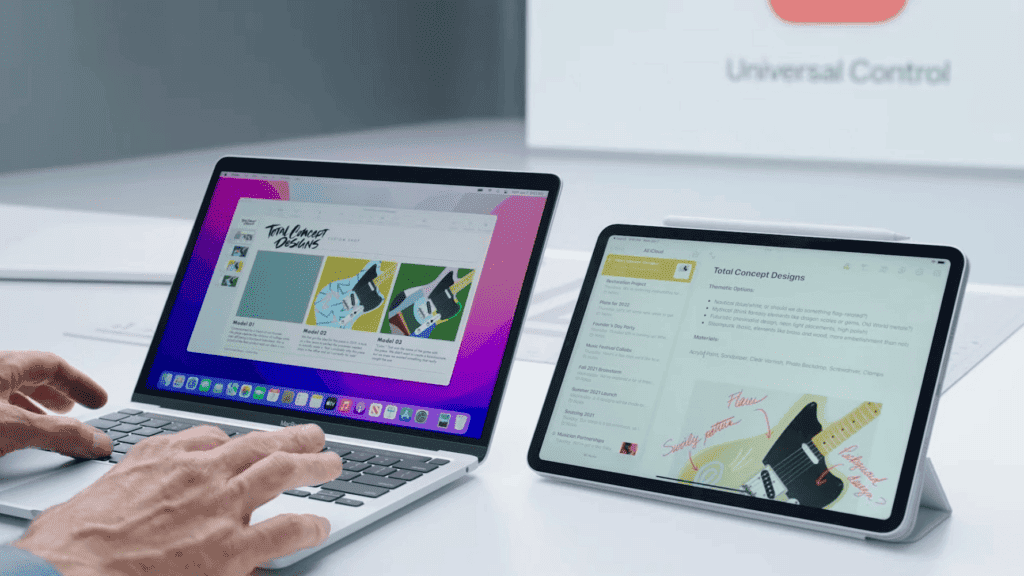 Today’s update for macOS Monterey put the last nail in the coffin of Universal Control, at least when we’re considering 2021. The Fall season will officially end in December 2021. So the delay was confirmed.

In addition to Universal Control, other features still didn’t reach iOS 15, iPadOS 15, and macOS Monterey. You can check a complete list of these announced features in this post. It clearly shows how Apple wasn’t able to finish its operating system updates in time this year. We assume that this is due to the pandemic that affected the company’s workforce in 2020 and early 2021.