It’s no secret that the Xiaomi sub-brand is preparing the Redmi K50 series for the announcement, and it should be released early next year. We expect that at least four models will launch within the new line, all of which will differ in hardware platforms. The manufacturer will prefer to use products from Qualcomm and MediaTek. The presence of one of the top Taiwanese processors was confirmed today by the company itself.

Today it posted a teaser on its Weibo page, where it announced that it will release next year the Redmi K50, which will be based on the Dimensity 9000 chipset. We assume that this 4nm processor will be also present on the Redmi K50 Gaming Edition. By the way, Vivo also announced its desire to release a smartphone with this chip.

We know that this smartphone will have a flat OLED panel with an embedded front camera and retractable triggers. We assume that Redmi K50 Gaming Edition will be available in two versions, differing in hardware platform: Dimensity 9000 and Dimensity 7000. The last variant is focusing exclusively on the Chinese market. The variant with a 4-nanometer chipset should enter the global market as the POCO F4 GT. 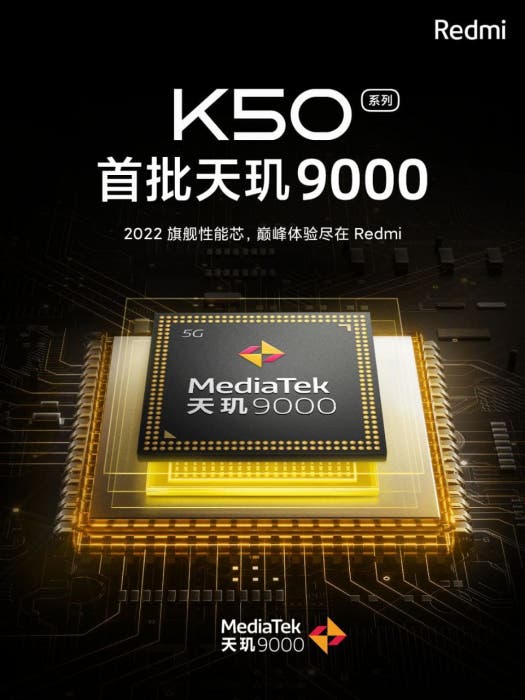 In the third quarter, Xiaomi faced the consequences of the global chip shortage, as mentioned in the latest quarterly report. According to Counterpoint Research and Canalys, the Chinese company, which only recently became the world’s second-largest smartphone maker; returned to third place in the third quarter, losing its position to Apple.

In reporting its financials for the quarter, Xiaomi said its business was hit hard by an ongoing chip shortage; which will persist in the first half of next year. In the third quarter of 2021; the company sold 43.9 million smartphones worldwide, down about 6% from the same period a year earlier. Xiaomi has called smartphones the “cornerstone” of its business, which also includes a number of other products. This year, Xiaomi announced the launch of an electric vehicle business. The company said it will begin mass production of its debut model in the first half of 2024.

Next Here are the most underrated smartphones of 2021