Taiwanese chipmaker, MediaTek, recently released the Diemsnity 9000 5G SoC. From the reports so far, it appears that the Dimensity 9000 will beat the Snapdragon 8 Gen1 in many aspects. Redmi has since confirmed that the Redmi K50 series will use this processor. This morning, the Honor officially released a poster of the Dimensity 9000 flagship core performance. This poster officially confirms that the company will release a flagship smartphone with this chip. 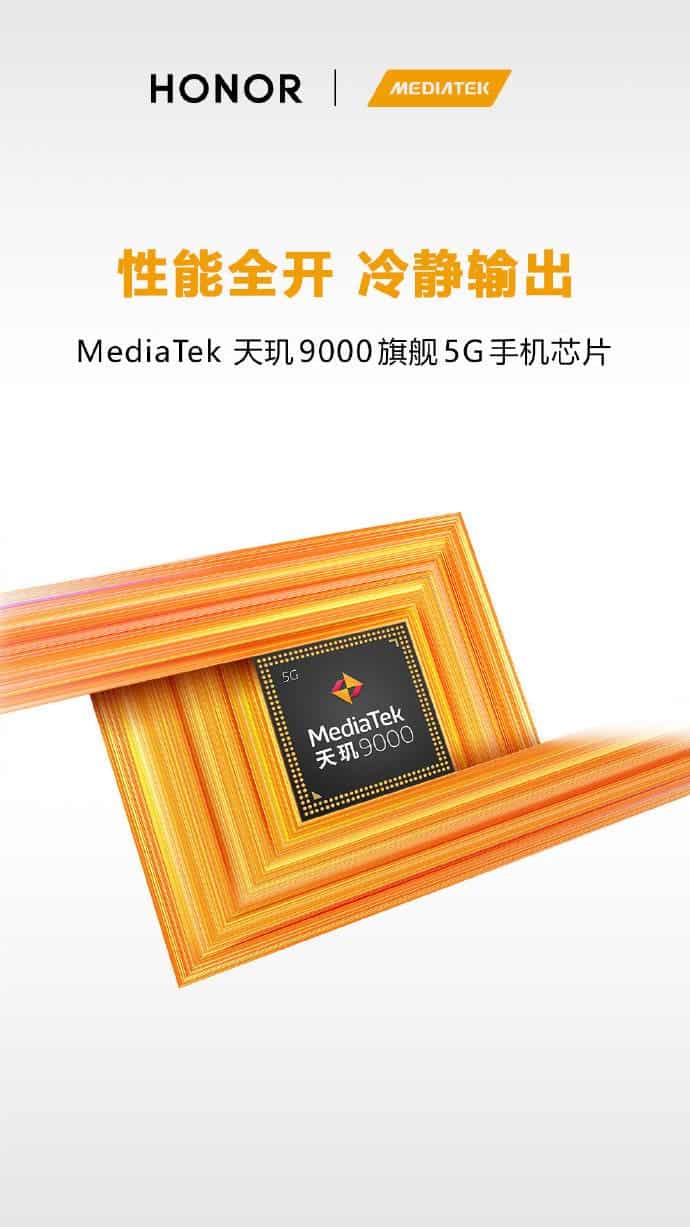 It should be noted that it may be difficult to feel the gap in AI performance in consumers’ daily use. At present, AI is mainly used in scenes such as face recognition, photographing, AR 3D animation special effects, voice recognition, and mobile phone smart assistants. Higher AI performance can make facial recognition faster and more accurate, make voice assistants more intelligent, and allow the system to learn user habits, pre-load apps at different time periods, and open faster, etc. To put it simply, AI performance represents the “smartness” of a chip and a mobile phone. Products with stronger performance can bring a smarter experience, making a smartphone more than just a screen device that can install apps. It appears that the Dimensity 9000 SoC will be the go-to chip for Android flagships in 2022.

Dimensity 9000 adopts a flagship 18-bit HDR-ISP image signal processor. This technology can shoot HDR video with three cameras at the same time. Furthermore, the chip has a low power consumption performance. This chip comes with a high-performance ISP processing speed of up to 9 billion pixels/sec. It also supports triple exposure for triple cameras as well as up to 320MP cameras. In terms of Al, Dimensity 9000 uses MediaTek’s fifth-generation Al processor APU. This is 4 times more energy-efficient than the previous generation. It can provide a high-efficiency AI experience for shooting, gaming, video, and other applications. In terms of games, this chip uses an Arm Mali-G710 graphics processor and launched a mobile ray tracing SDK kit. This includes Arm Mali-G710 ten-core GPU, mobile ray-tracing graphics rendering technology, support 180Hz FHD+ display.

Next Sony wants to revolutionize its multi-layer CMOS sensor