Whereas conventional CMOS image sensors have photodiodes and pixel transistors on the same substrate in parallel; Sony’s new technology separates photodiodes and pixel transistors on separate layers of the substrate. This new structure increases the amount of received color and luminance data by almost double that of a conventional image sensor. This allows for increased dynamic range and reduced noise to dramatically improve image quality. At the same time, the technology itself works both with ordinary pixels and small ones.

In other words, it looks like Sony believes this technology could be key to higher-resolution, smaller-pixel sensors in smartphones’ mobile cameras. So it could be a big factor if the company wants to follow in Samsung’s footsteps and offer 108MP or more cameras. 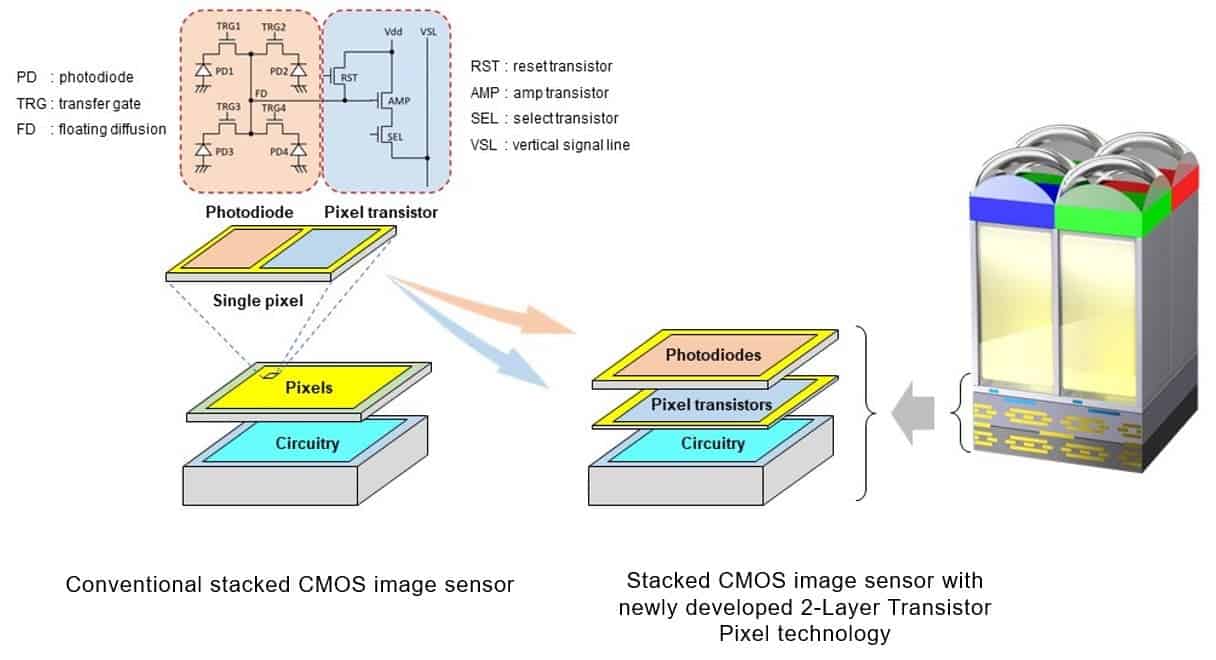 Despite the upcoming holiday season, Sony has taken the unprecedented step of discontinuing orders for certain camera models. The reason is quite common in the modern industry – an acute shortage of semiconductors and other components.

Electronics sales normally begin to rise in October and November ahead of the holiday season. The lack of microchips could seriously hit the camera market; which is already going through hard times in the era of smartphones.

According to the Japanese edition of Nikkei, in retail stores, journalists were no longer able to find some models of Sony, Nikon and Canon cameras, representatives of retail chains do not promise their appearance earlier than next year, and customers complain that orders have completely ceased to be accepted, not wanting to deceive expectations.

Sony’s unusual decision to refuse to take orders stems from chip shortages and other issues. For the Alpha 7 II and Alpha 6400 cameras, the company has stopped accepting orders from wholesalers; and regular customers cannot purchase and / or order from stores directly operated by Sony. The company posted an apology on its Japanese website late last week.

Next Xiaomi wants to create its own displays