We’ve been seeing countless leaks and rumors for the upcoming Realme GT 2 series. Now, the company has officially scheduled an event for January 4 in China. We expect them to unveil at least two new smartphones under this lineup. The vanilla Realme GT 2 and the Realme GT 2 Pro. Ahead of the launch, the company has started teasing the key details of the Pro model. The latest teaser reveals the rear panel design of the Realme GT 2 Pro. Interestingly, the new images reveal that the previously-leaked design renders, pointing to a Nexus 6P-like camera design was fake. So, without further ado let’s see what the Realme GT 2 Pro has in tow. 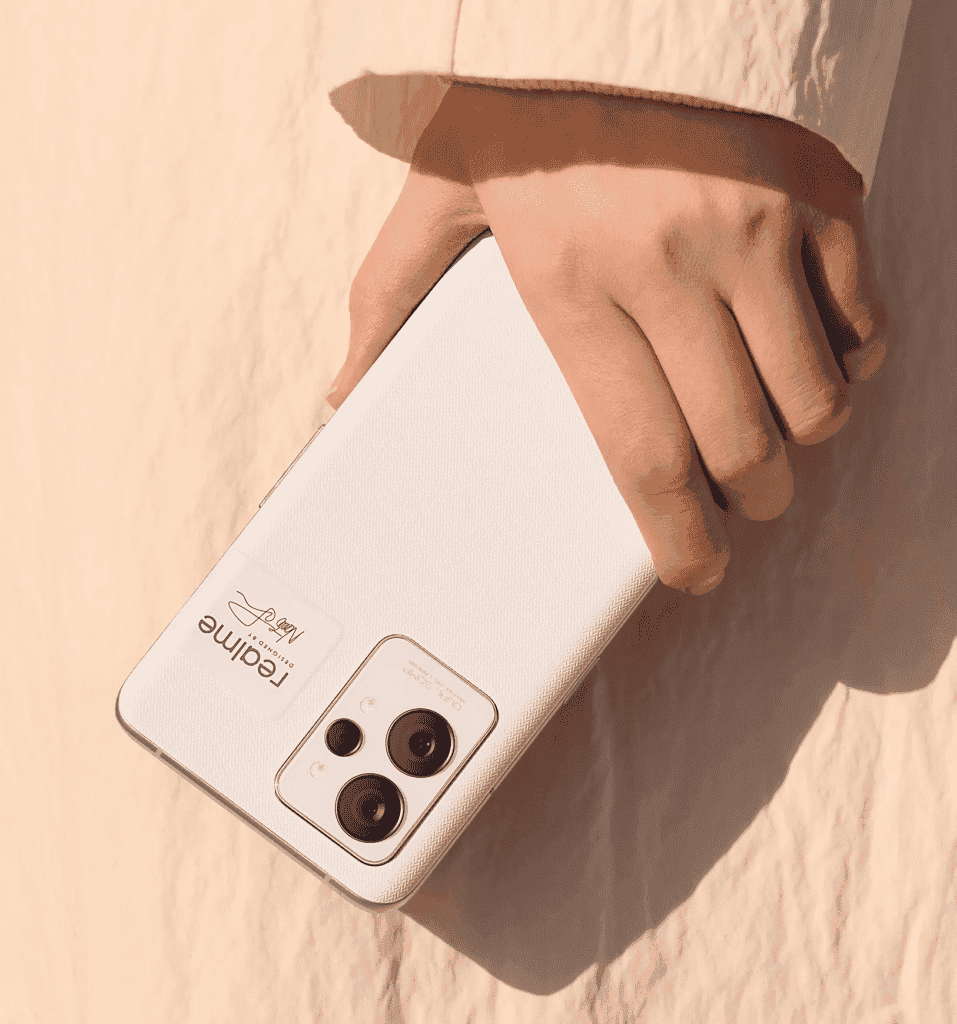 After weeks of looking at a fake design, Realme decided to show us the real images of the Realme GT 2 Pro. Interestingly, the design is more obvious and falls in line with the Realme GT Neo2, for example. Sometimes we need to just expect the ordinary, rather than big revolutions like the Nexus 6p-like renders have been suggesting. The Realme GT 2 Pro features a rectangular camera module on the back. It has two large circular cutouts and a third tiny one between the two LED flash modules. The text on the camera module confirms that the smartphone offers a dual 50 MP sensor setup on the back. The ultrawide camera has a 150-degree field of view. Details of the third camera sensor have not been officially confirmed. However, the phone will come with an 8 MP telephoto snapper. 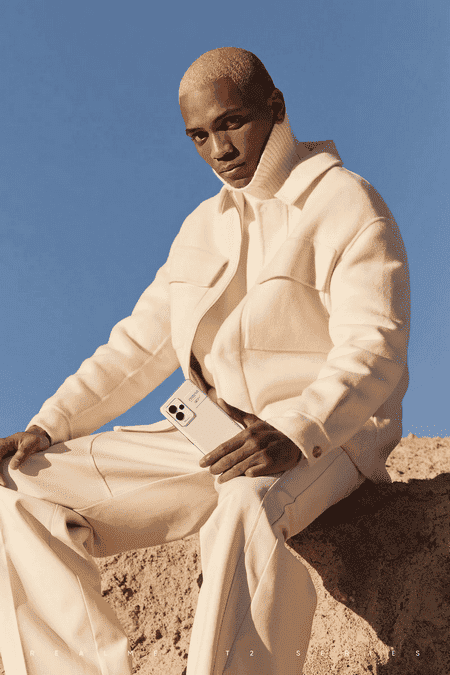 The White rear panel sports a bio-based polymer design. It makes use of a biopolymer material that serves as an eco-friendly alternative to fossil raw materials that contribute to global warming. Realme has been teasing this design for quite some time. Of course, only real-life usage will be able to translate the feeling of this back. Interestingly, the Galaxy S22 Ultra is also said to sport a different texture back that while made of glass will have a different feeling. Apparently, in 2022 companies will start to explore something new.

The company didn’t disclose much of the device’s specifications. However, the rumors suggest it has a 6.8-inch WQHD+ AMOLED display with a 120 Hz refresh rate. Under the hood, it will draw its powers from a Snapdragon 8 Gen 1 SoC. It will have up to 12 GB of RAM and 1 TB of Internal Storage. Rumors have been suggesting the debut of the company’s 125 W UltraDART charging, but at this point, we’re not sure. We can, at least, expect 65W fast-charging if not more, and a 5,000 mAh battery. The device will run on Realme UI 3.0 based on Android 12.

Worth noting that the devices may take a few months to reach other markets.