After floating around the rumor mill for a long time, the Realme GT 2 series smartphones’ global launch is right around the corner. Realme announced the GT 2 series at the recently concluded GT Innovation event. However, the brand only divulged some industry-leading features of the upcoming lineup at the event that took place on December 20. For instance, the GT2 series will be using the world’s first bio-based material.

The Realme GT 2 series is slated to make its global debut on January 4, 2022. Moreover, the handsets will be going official in China on the same day. Regrettably, the brand did not divulge details about the place for the launch event. 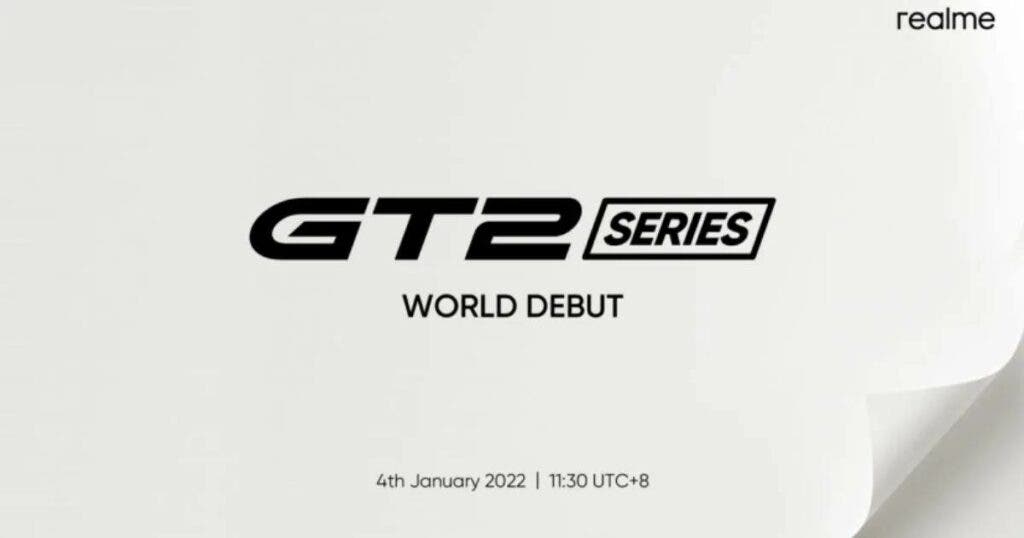 Nevertheless, more details about the imminent launch event are likely to be unveiled in the coming days.

What The Series Has In Store For Us

The recently surfaced launch invite poster confirms that the Realme GT 2 series smartphones will launch globally on January 4 at 11:30 UTC+8. Aside from that, the official press release suggests that the devices will make their China debut on the same day. In other words, the Chinese smartphone manufacturer will reveal every detail about the much-awaited Realme GT 2 and Realme GT 2 Pro smartphones in the next few days. However, details about the vanilla variant in the series are still scarce.

To recall, the vanilla variant in the GT 2 lineup had recently made an appearance on Realme’s Indian website. Regrettably, the listing did not include the phone’s features or specifications. The Realme GT 2 Pro model, on the other hand, has been subject to multiple leaks in the past. As a result, the Realme GT 2 Pro key specifications and renders have already popped up on the internet courtesy of 91mobiles.

The GT 2 Pro will reportedly sport a 6.8-inch flat AMOLED display that offers QHD+ resolution and a refresh rate of 120Hz. Furthermore, the phone is likely to pack an octa-core Snapdragon 8 Gen 1 processor under the hood. In the photography department, it will probably house three rear-mounted cameras. These include two 50MP cameras and an 8MP camera. Upfront, the phone could feature a 32MP snapper for selfies and video calling. 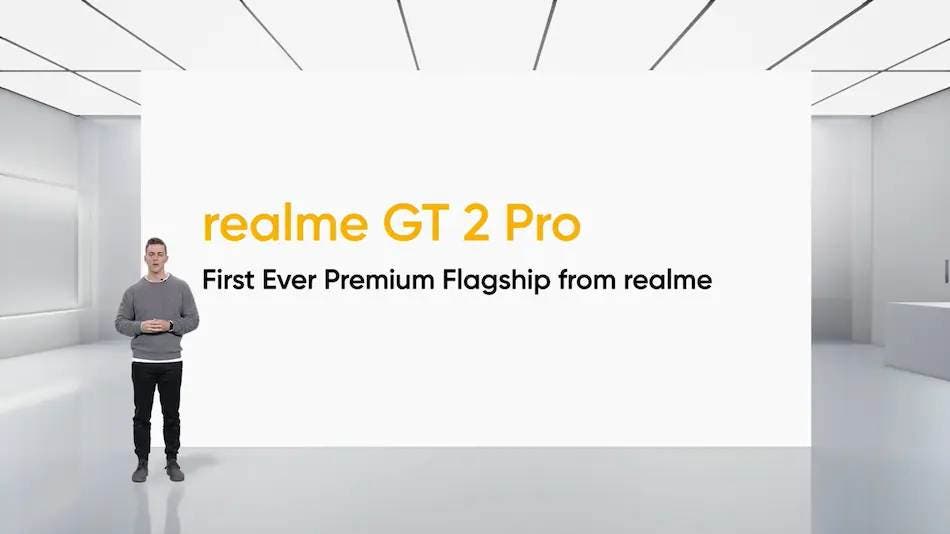 If rumors making the rounds online prove to be true, the Realme GT 2 Pro could use a 5,000mAh battery that supports 65W fast charging. Moreover, an exclusive render has given us a glimpse of the phone’s outward appearance. It showcases a rear camera visor that seems to draw inspiration from the old Nexus 6P smartphone. Moreover, Realme will be making the GT 2 Pro with environmentally friendly materials. For instance, the company will use a bio-polymer material to make its rear panel.