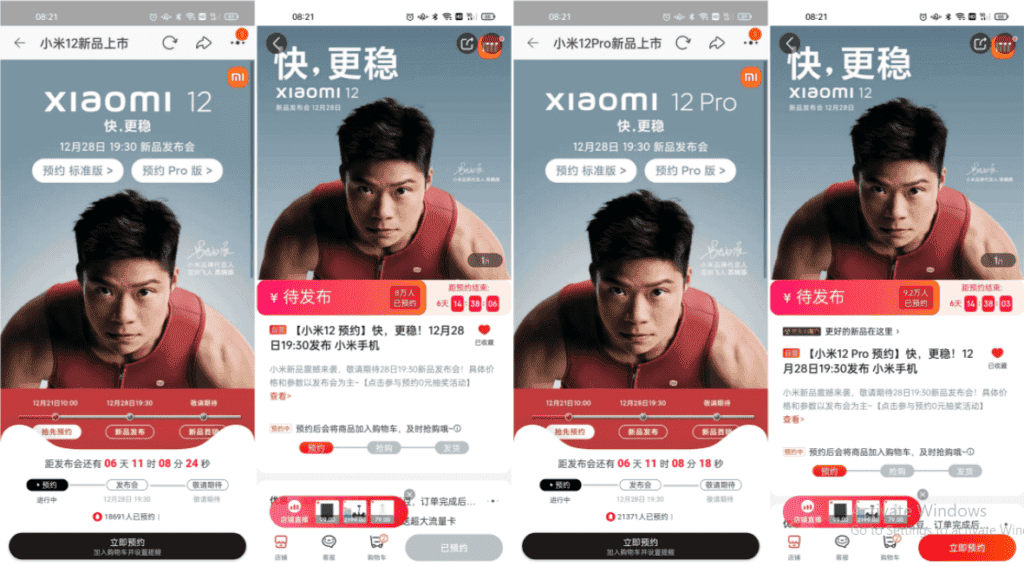 According to reports, the Xiaomi 12 and 12 Pro will use a flexible OLED display. Both smartphones will come with a Qualcomm Snapdragon 8 Gen1 SoC. On the rear, it will have a 50MP main camera that supports optical image stabilization. The standard version supports 67W fast charge while the Pro version supports 120W super fast charging.

Lei Jun, the founder of Xiaomi and the chairman and CEO of Xiaomi Group, issued a note saying that starting from the Xiaomi 12 series, Xiaomi’s high-end mobile phones have officially started to benchmark against Apple and learn from Apple. The Xiaomi 12 series has a large and small screen model. The Pro model uses a large screen while the standard model comes with a small screen. From the reservations so far, we can see that this series will have a good sales performance.

In addition, Xiaomi 12 series may also arrive with MIUI 13 out-of-the-box. Recently, when Lei Jun communicated with netizens, he said that MIUI is making every effort to improve and will definitely do better.