This year, Qualcomm’s new flagship processor seems to have arrived much faster than before. In less than a month after the release of Snapdragon 8 Gen1, many products will be launched, even including foldable smartphones. Today, Honor took to its official Weibo handle to announce its first foldable smartphone. The name of this device is Honor Magic V. Although there is no official information from Honor, there are speculations that this device will launch in January. 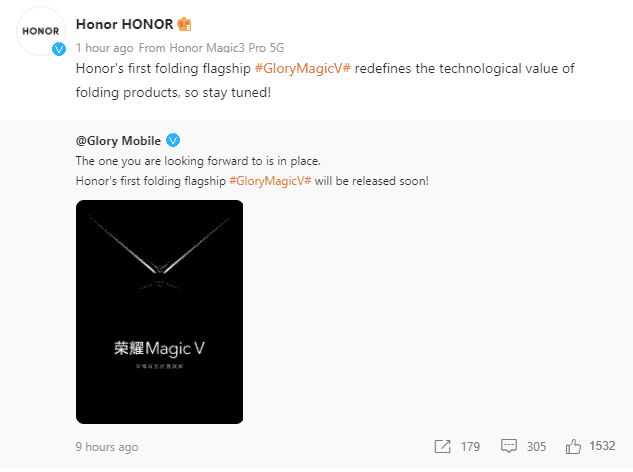 The Honor Magic V will come with the Snapdragon 8 Gen1 SoC. It will also be the first foldable smartphone that will come with this flagship processor. In addition, the new poster from Honor reveals part of the design of the Honor Magic V. We can clearly see that the device will adopt a left-right folding scheme. This is basically the same as the previous speculation regarding this device.

A few months ago, popular Weibo tech blogger, @DCS revealed some of the Magic V’s parameters. He revealed that the smartphone will adopt a dual-screen design. The internal foldable main display is 8 inches while the external secondary screen is 6.5 inches. The screen supplier is BOE and is still doing UTG ultra-thin flexible glass cover master test. From the perspective of screen parameters, Honor Magic V will adopt a design similar to that of the Huawei Mate X series. As users continue to fold and unfold the screen, it can effectively improve the life of the screen. 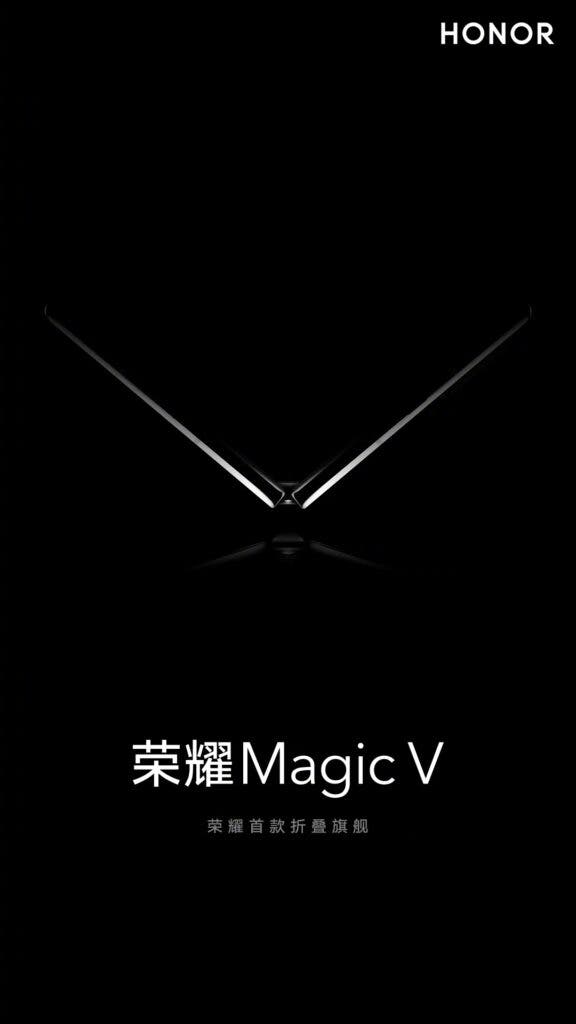 From the official poster, we can also see that the frame next to the Honor Magic V hinge adopts a right-angle design. This is very different from the previous folding screen models. This allows the Honor Magic V to be able to completely close the frame after unfolding, just like it was originally a whole piece. It should offer a better user experience relative to some pre-existing models.

Since its separation from Huawei, Honor has been slowly gaining ground in the smartphone market. According to Weibo tech blogger, @Changan Digital King, Honor’s first foldable smartphone will be official in January 2022. However, the Weibo post clearly states that this is a tentative release schedule.