The closer the presentation of the Xiaomi 12 series, the more intense the stream of rumors and leaks becomes. Xiaomi itself is keeping the attention around the new products, which is gradually revealing a number of details about them. For example, today the company announced that the Xiaomi 12 Pro will receive support for 120W fast charging.

This feature was predictable and did not come as a surprise. But there is one detail that makes the smartphone and the charging itself more interesting. The Xiaomi 12 Pro will receive a self-developed Surge P1 chip. The company claims that it took 18 months of research and development to create this chip, worked on it by specialists from four research centers and spent more than 100 million yuan. Research has resulted in the ability to offer fast 120-watt charging in a thin and light package. 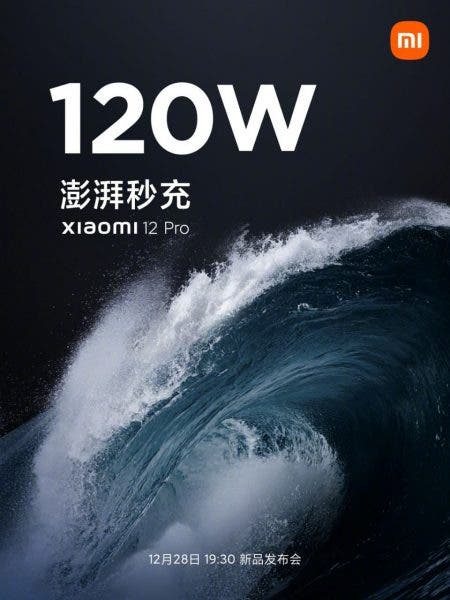 The Surge P1 benefits from an intelligent temperature control system. The maximum temperature threshold must not exceed 37 ° C. Likewise, the Surge P1 is capable of handling various types of load, offering either maximum potential or delivering less current to the Xiaomi 12. The company thus declares that the 120W fast charging in the Xiaomi 12 Pro will be safe and stable. 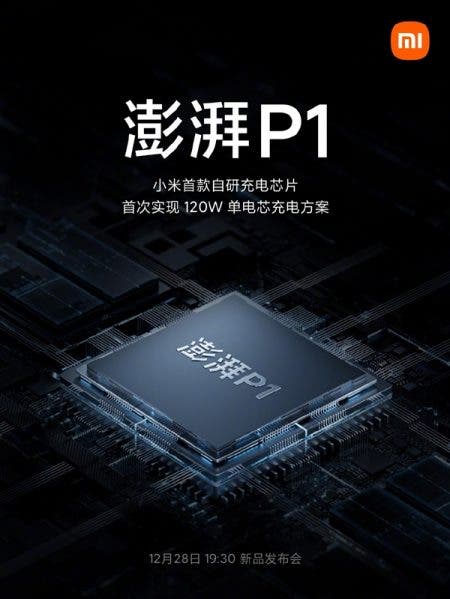 On December 28, the presentation of the flagship smartphones of the Xiaomi 12 family is scheduled. Network sources have at their disposal detailed information about the characteristics of the base model of the series.

Earlier, Xiaomi announced that the Xiaomi 12 will receive a 6.28-inch display with a small hole in the center in the upper area for a single front camera. Now it became known that the panel resolution is 2400 × 1080 pixels (Full HD + format), the refresh rate is 120 Hz. It talks about support for HDR10 + and Dolby Vision. The number of displayed color shades exceeds 1 billion.

The triple rear camera will include a 50-megapixel main unit with a maximum aperture of f/1.9 and optical stabilization OIS, a 13-megapixel module with wide-angle optics (123 degrees) and a unit with 3x optical zoom. 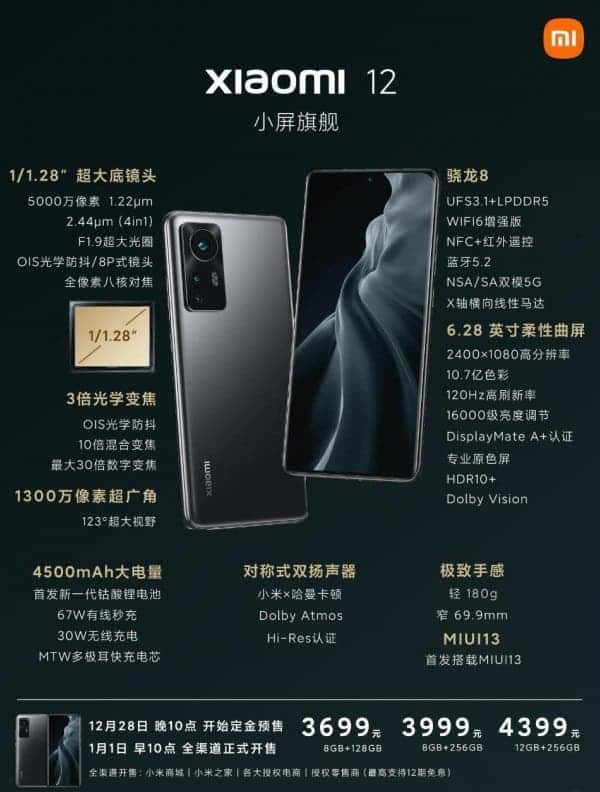 The smartphone will carry on board the Qualcomm Snapdragon 8 Gen 1 processor; which contains eight processing cores with a clock speed of up to 3.0 GHz; an advanced Adreno graphics accelerator and a Snapdragon X65 5G modem. We talk about the availability of wireless adapters Wi-Fi 6 and Bluetooth 5.2, an NFC controller and a 4500 mAh battery with support for 67-W wired charging and 30-W wireless charging.