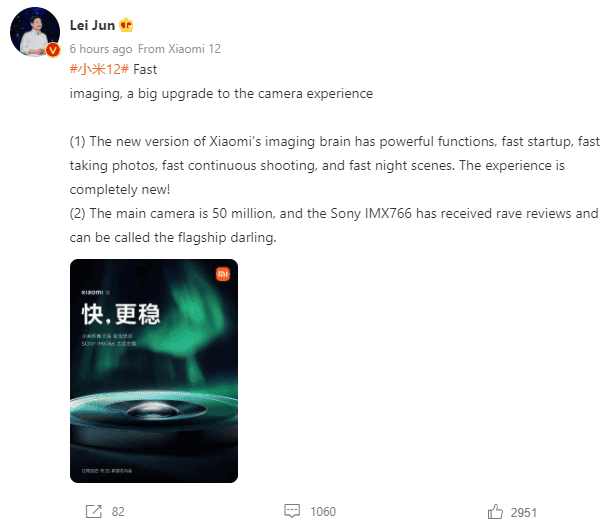 His first post this morning reveals that the Xiaomi 12 will come with a 50MP and the sensor is Sony IMX766. He further claims that the camera has powerful functions, fast startup, fast taking photos, fast continuous shooting, and fast night scenes. According to Lei Jun, the IMX766 already has a swarm of positive reviews. In fact, Xiaomi claims that the Xiaomi 12 series may be the world’s fastest device in terms of taking pictures. 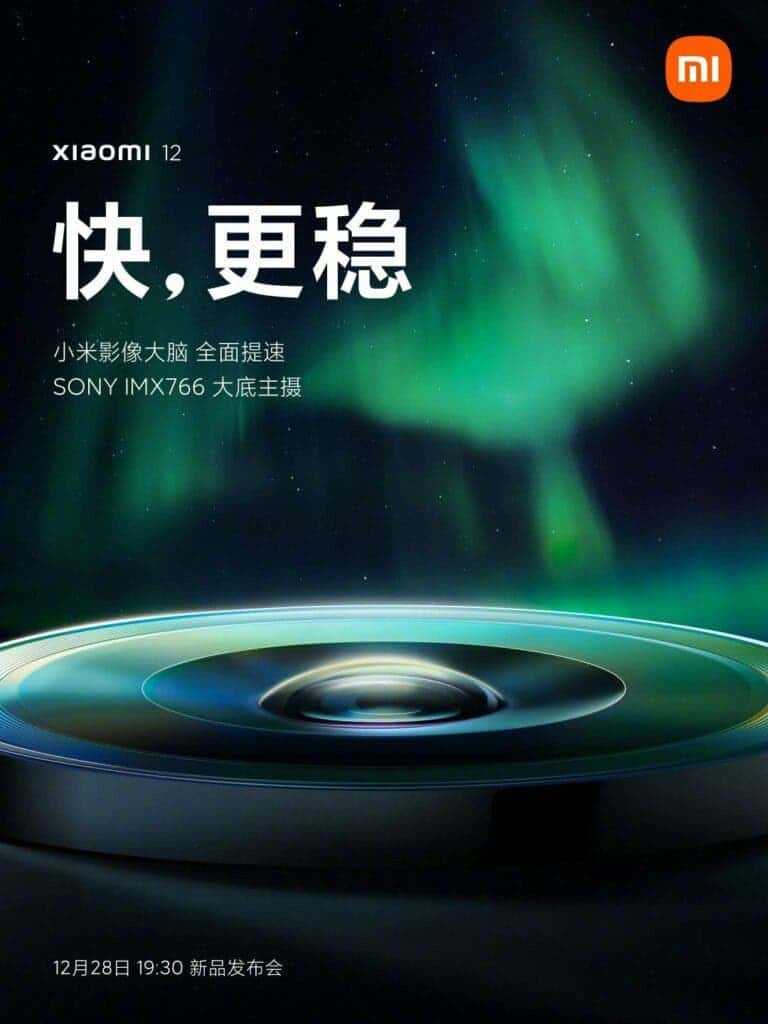 The company claims that its latest flagship series has made a new breakthrough in imaging. After two years of algorithm development research, Xiaomi has a new image architecture. This significantly increases the start-up speed and capturing ability. Previously, Zeng Xuezhong, of Xiaomi’s mobile department claims that this device has the fastest capture and the strongest night scene.

Although the press conference will not hold until December 28, the core key parameters of the Xiaomi 12 series are online. Lei Jun also reveals that the company will bring a big upgrade to the camera of the Xiaomi 12 series. He revealed that the Xiaomi 12 Pro will premiere the Sony IMX707 sensor. This means that this device will be the first in the world to use this sensor. This is one of Sony’s top sensors, with a 1/1.28-inch ultra-large bottom, 2.44um fused large pixels and a 49% increase in light input.

Xiaomi will also do a lot of work to upgrade its night-scene shooting capabilities. It will upgrade the night scene color reproduction, highlight suppression, night scene photography, and night scene video shooting. 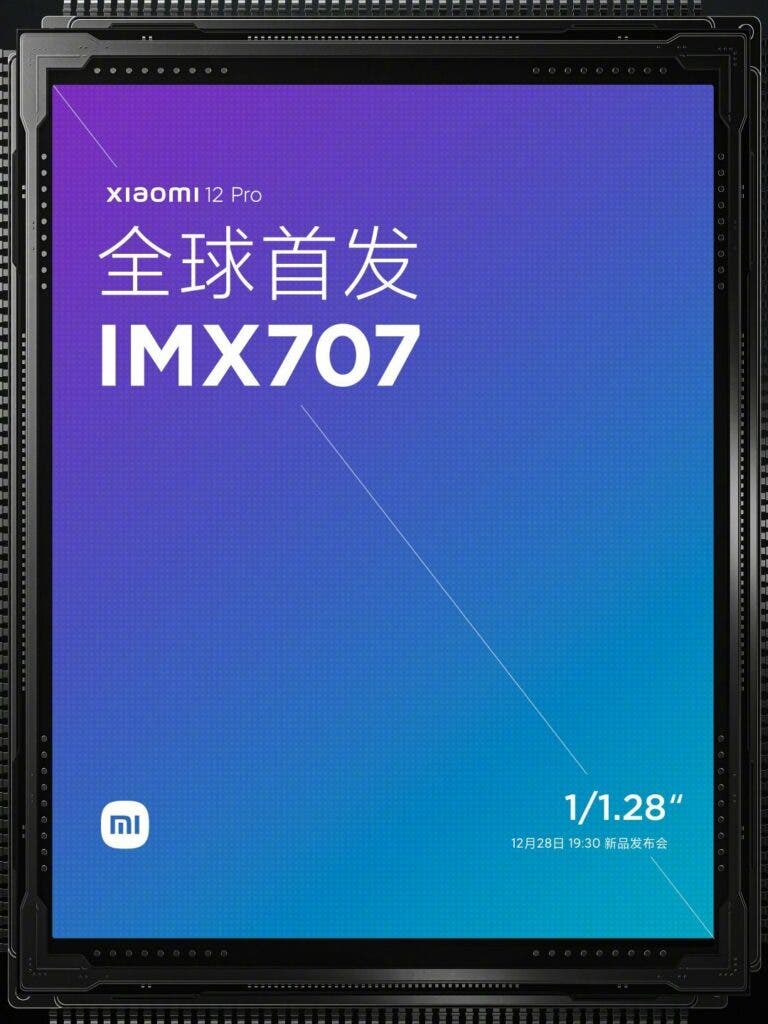 Lei Jun also released some sample shots of the Xiaomi 12 Pro night scene capacity. Judging from the proofs, the color adjustment of the Xiaomi 12 Pro is accurate, restoring the real night feeling. The right light control creates a strong texture of contrast between light and dark. 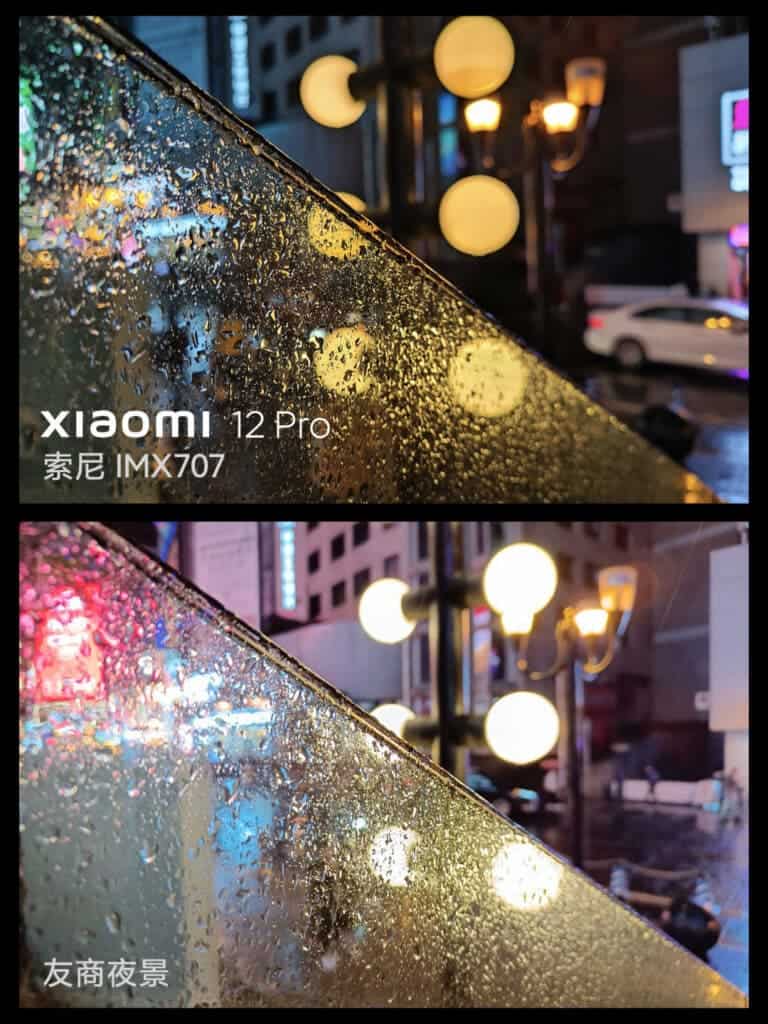 Unfortunately, we do not have specific information about the IMX707 for now. However, from the perspective of core specifications, it looks very close to the previously released IMX700. This sensor should be an upgraded and optimized version of IMX700, and the pixels should still be 50MP.