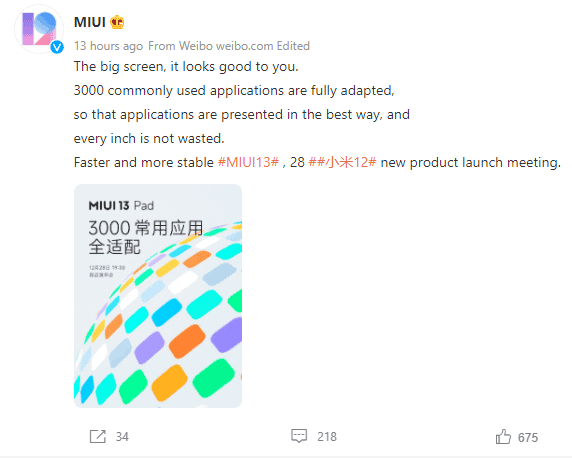 A reasonable guess for this is that MIUI 13 Pad should be launched for the Mi Pad 5 series. We also expect these applications to support multi-tasking free window displays. Even if it is not a tablet version of the App, it can also bring users a better display. The effect is to avoid the waste of screen space.

According to Xiaomi, MIUI 13 focuses on three core technologies. These technologies include focus computing, atomic memory, and liquid storage. These areas get full upgrades which significantly improves the system fluency relative to MIUI 12.5 enhanced version. 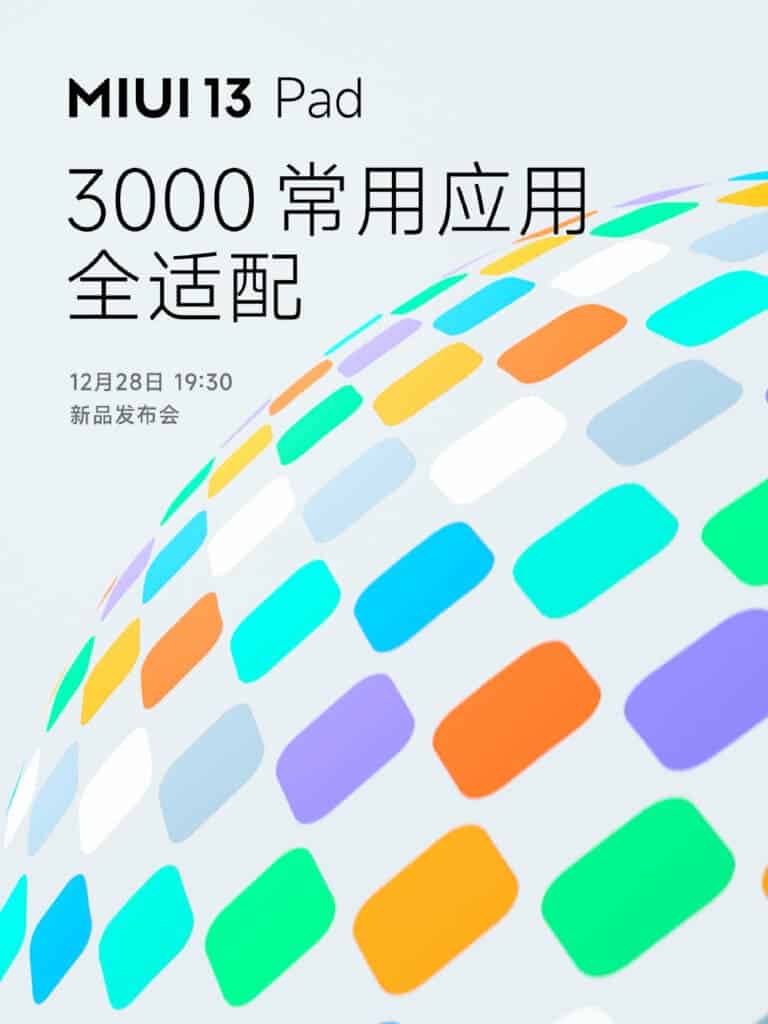 The liquid storage and atomic memory of MIUI 13 are adapted to the latest platform. Xiaomi claims that after 36 months of continuous use, the read and write performance degrades less than 5%. According to the official, after half a year of optimization, MIUI13 has improved fluency by 15% – 52%. The system also improves system application fluency by 20% – 26% and the frame drop rate now goes more than 90%. Thanks to this, MIUI13 ranks first among all mobile phones in Master Lu’s Android fluency evaluation.

Xiaomi took to Weibo this morning to officially tease the MIUI 13. The poster seems to reveal some design elements of MIUI 13, including curves, squares, perspective, flattening, and color. According to Xiaomi’s VP, Chang Cheng, Xiaomi 12 series will arrive with MIUI13 out of the box. Furthermore, he claims that the MIUI 13 system comes with many upgrades. 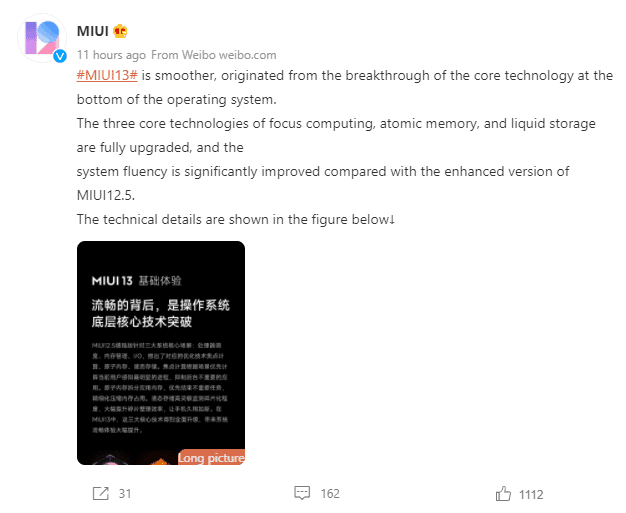 Previous Galaxy S20 series skip the beta, to get the stable One UI 4.0 update

Next Realme GT2 Pro to use a straight 120Hz 3K display