Blackview, the leading rugged phone brand has just unveiled their new flagship model, Blackview BV8800. The phone incorporating several upgrades and killer features, that will raise the bar to continue leading the industry. The premiere sale will kick off on January 10th 2022 with a special early bird offer.

The Blackview BV8800 is the newest device in the giant-battery rugged phone portfolio from Blackview, which offers ideal devices for serious outdoorsmen. Those, who count on extended battery life for reliable connection, navigation, or camera function for capturing adventurous moments and breathtaking natural scenery. But this one wants to  outshine any predecessors from this line, because the BV8800 is equipped with high-end specs and features. To name a few, 90Hz fluid display or 50MP AI quad camera with night vision. The phone wants to excel in every aspect for an overall flagship experience and is expected to be the top rugged phones going forward.

“Specialized in rugged phone R&D and manufacturing for 8 years, we’ve put relentless effort into empowering outdoor enthusiasts and demanding-environment workers. Rugged is in our blood and innovation makes us grow. While rugged phones serve a niche market of people, we don’t settle for niche features. We strive to keep Blackview rugged phones up with what’s new in the mainstream phone industry and incorporate state-of-the-art features to make them so invincible yet modern. We want to build something that our users can so confidently use in demanding environments, and they’ll feel so proud as well to show their friends on daily occasions. Blackview BV8800 is our strong statement. It has whatever it takes to let our users be proud” said David Xu, president of Blackview brand.

As an echo to David Xu’s belief ‘to make something that our customers can be proud’, the Blackview BV8800 embraces upgrades and new features that are sure to impress: 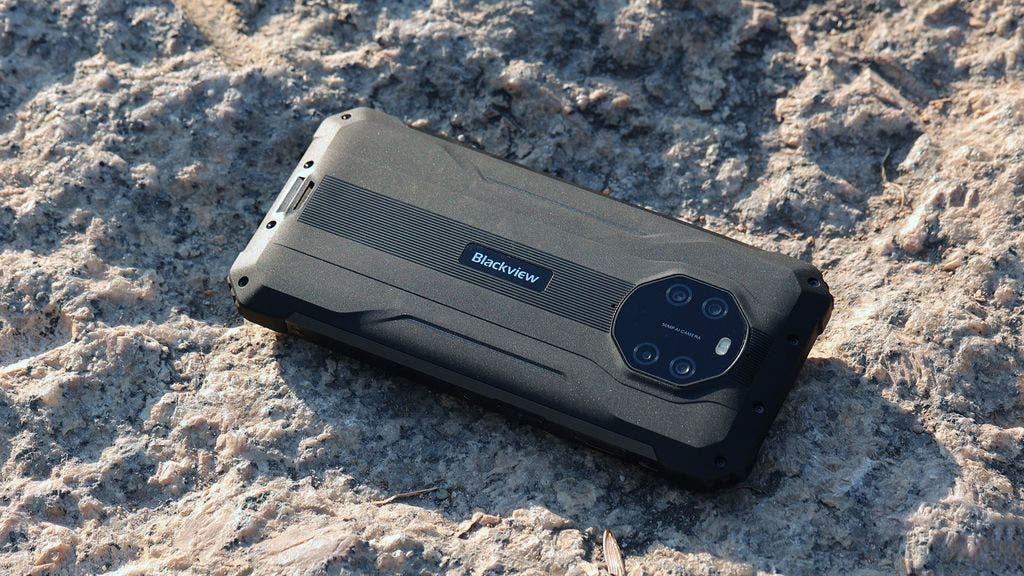 For the first time, Blackview engineers a 90Hz fluid display, that brings a big leap in terms of smoothness on content browsing. The advantages are obvious, when it comes to fast-motion content, such as video and gaming. Even swiping through your emails and interacting with Facebook’s UI can look much smoother, than the standard 60Hz rate.

Overtaking the Blackview BV9900 series, the BV8800 sports an even higher-pixel AI quad camera system with night vision. The ISOCELL JN1 50MP main lens features improved light sensitivity and color fidelity, which translates into better-quality photos with striking texture and color. The night vision lens is a killer in completely dark conditions, where it won’t fail to take clear photos and videos.

For rugged phone lovers, an above-average battery is beyond all doubt a must-have. Like the BV6600 series, the BV8800 houses a battery with over 8000 mAh of capacity. But to step up the game, it also supports 33W fast charge. Which only takes 1.5 hours to fully charge the giant 8380 mAh battery demon.

The BV8800 is the first device, that runs the newly-launched Doke OS 3.0. Which brings a massive overhaul over the Doke OS 2.0, including more intuitive gestures to navigate, smart app pre-loading, more user-friendly design or upgraded notebook supporting recording, handwriting, reminding and encryption. This brings a massive upgrade, whether in design or in smoothness.

Blackview rugged phones are surely battle-tested over the years. They can withstand even the most severe environments. Still, the BV8800 brings a new change – it revolutionizes the toughness by ascending to MIL-STD-810H. This is the latest revision of MIL-STD-810, which includes numerous changes from its predecessor, MIL-STD-810G. And like any of its peers, it meets IP68 & IP69K waterproof rating.