Despite the fact that among Xiaomi fans there are those who are not averse to seeing something more compact in the lineup of the company, it resisted for a long time and followed the trend of increasing diagonals. Yes, large and very large devices sell well, but compacts are still needed by a lot of people. The release of Xiaomi 12 and Xiaomi 12X will be a kind of feedback to fans’ requests.

Smartphones need to fit comfortably in the hand; and you can use your thumb to reach anywhere on the 6.28-inch screen, which is impossible with larger models. The company is actively forcing the topic of the fact that Xiaomi 12 is one of the compact flagships on the market and intends to further develop the topic of devices with small diagonal displays.

The well-known network insider Digital Chat Station announced that the company will release several relatively compact models in 2022. Moreover, such devices will appear in the mid-price segment. It is stated that these will be quality panels. What kind of models they will be and what lines they will become part of, we will find out already next year. Today, all attention will be focused on the presentation of MIUI 13 and the Xiaomi 12 series. We hope for an adequate price tag and that it will be lower than those predicted by an insider. 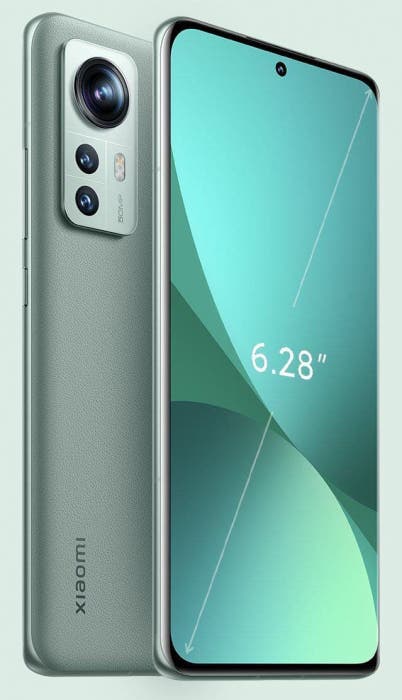 Xiaomi will host a new product launch event later today. The flagship smartphones of the Xiaomi 12 series will be the main devices at the presentation. A few hours before the official launch of the devices, their prices leaked to the Network.

A well-known analyst has published a complete list of prices for all variants of the upcoming flagship. It is reported that the cost of the base Xiaomi 12 will start at $ 675 for the version with 8 GB of RAM and 128 GB of storage memory. For those looking to save some money, Xiaomi will offer the more affordable Xiaomi 12X; which will cost $ 550 for a version with the same memory configuration.

The cost of the most advanced Xiaomi 12 Pro will start at $ 785 for a version with the same amount of RAM and memory. At the same time, for the most expensive variant of this smartphone with 12 GB of RAM and 256 GB of storage, you will have to pay $ 894. It is reported that the new Xiaomi True Wireless Earphones 3 TWS headphones will also be presented at todays’s event. Their price will be $ 78.

Previous TikTok Is The Most Downloaded App For Christmas 2021

Next Introducing Blackview BV8800, the pinnacle of performance and rugged durability