App Annie’s latest report shows that TikTok has become the world’s most downloaded app for Christmas 2021.

The top ten apps in the Apple App Store and Google Play Store in terms of Christmas downloads in 2021 include: 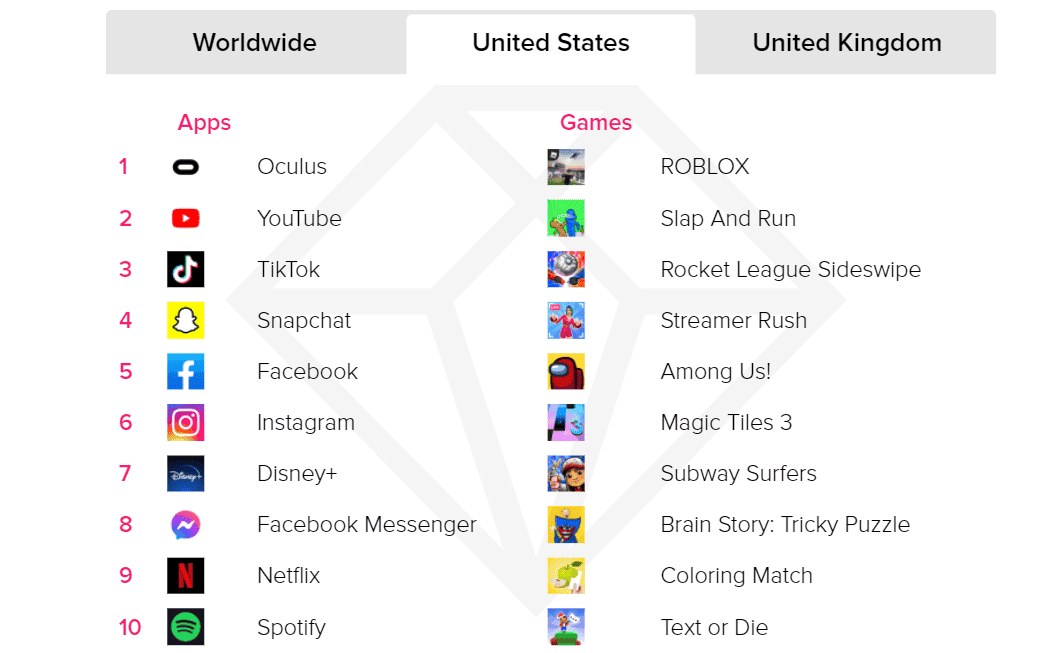 In addition, the Oculus VR app under Facebook’s parent company Meta became the most downloaded app in the United States on Christmas Day. This is an application used to manage Oculus VR headsets.

TikTok’s Success Is No Accident

For many, this might sound odd. But the ban of TikTok in many countries made it develop more rapidly. We are not saying it doesn’t have a skeleton in its closet. But this app has developed tons of new features and polished itself. Let’s talk about some of them.

Firsts, TikTok has adjusted its recommendation algorithm so as not to show users too much of the same type of content. By avoiding exposing large amounts of content on a specific topic, such as extreme diets, broken relationships, hopelessness, and the like, to individual users, the app wants to protect users’ mental well-being. 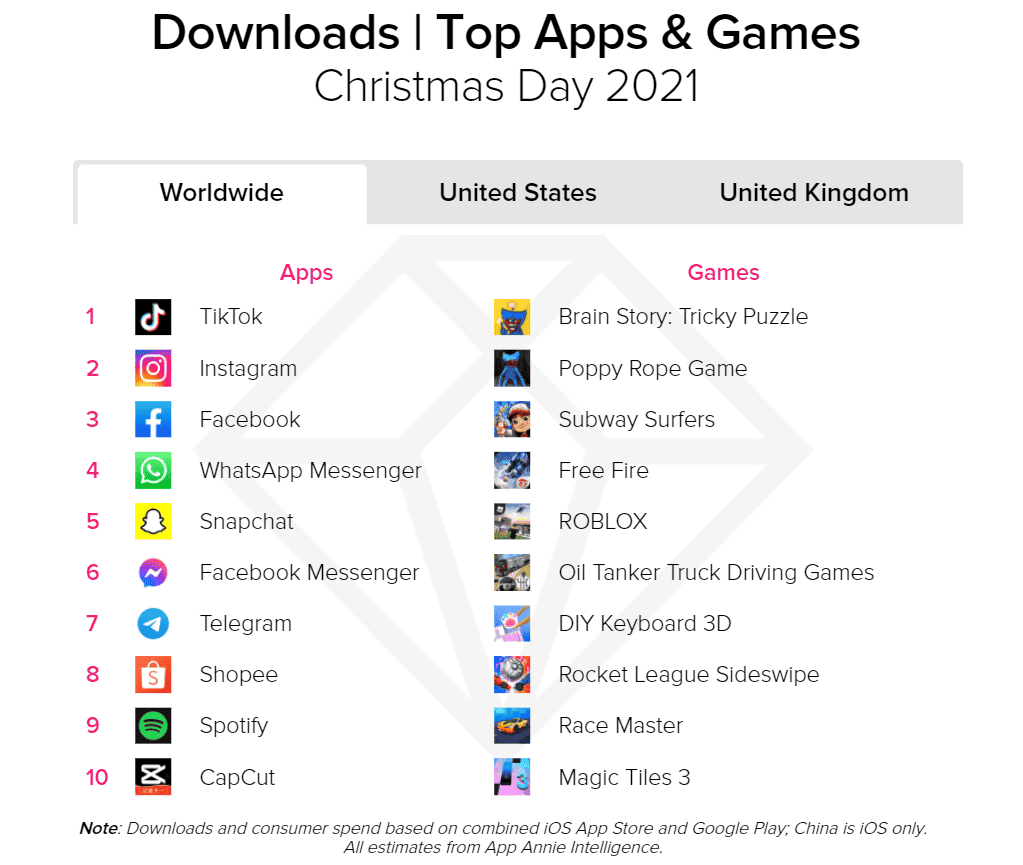 Back in August, they also increased the maximum video length to 5 minutes. Not for this reason, but TikTok could even overcome YouTube in the US having a longer average watch time. In comparison to YouTube’s 22 hours and 40 minutes, its average watch time exceeded 24 hours.

Not surprisingly, TikTok could even outrun Facebook and become the world’s most popular app. It has more than 1 billion active users worldwide. 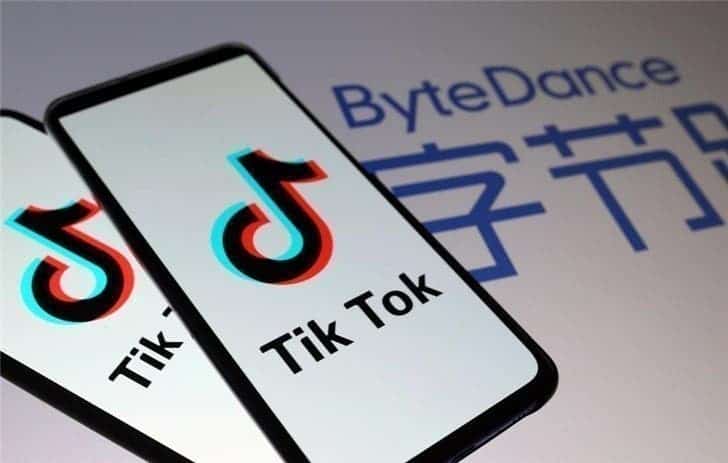 As you can see, TikTok has almost no rivals. Well, other social platforms are performing well too. But TikTok is spreading like a virus. These achievements also make its competitors revise their algorithms. Say, recently, we learned that Google will start showing videos from TikTok and Instagram in the search results. Thus, short videos (or call it whatever you want) have become a new type of information that could be useful.

Moreover, the TikTok team develops the app for various devices to make it even more popular. For instance, the latest LG smart TVs have got a special version of the app. Thus, it is available on larger screens too. Lastly, Tesla owners can only watch TikTik videos on the large screens of their cars.

Previous These devices will be updated to MIUI 13

Next Xiaomi will offer more compact smartphones in 2022

TikTok Was the Most Visited Website in 2021, According to Cloudflare Report

TikTok will change the recommendation algorithm to diversify the user feed