Microsoft still traces its own path in the smartphone scene. After the company’s demise with its Windows Phones, it decided to move from the “conventional”. The result of this came in the form of the Microsoft Surface Duo. A hybrid of a tablet and smartphone that has two displays connected through a hinge. It’s not like a foldable, it’s really a dual-display device. While reports about a Surface Duo 2 emerge, we’re starting to see evidence about the company’s entrance in the folding scene. Today, a new patent corroborates with this fact. It could be the first sketches for a Microsoft Surface Trio.

A new patent from Microsoft may have just revealed an early look into the company’s so-called “multi-panel” device. It boasts a tri-fold design. The patent was granted by the United States Patent and Trademark Office (USPTO) last week. It shows a sketch of a device that boasts two hinges that opens up to reveal one massive screen made up of three distinct sessions. When folded back up, the device can be used as a regular smartphone. It looks to be a Surface Duo mold with a wide profile, or if you prefer a Surface Trio. 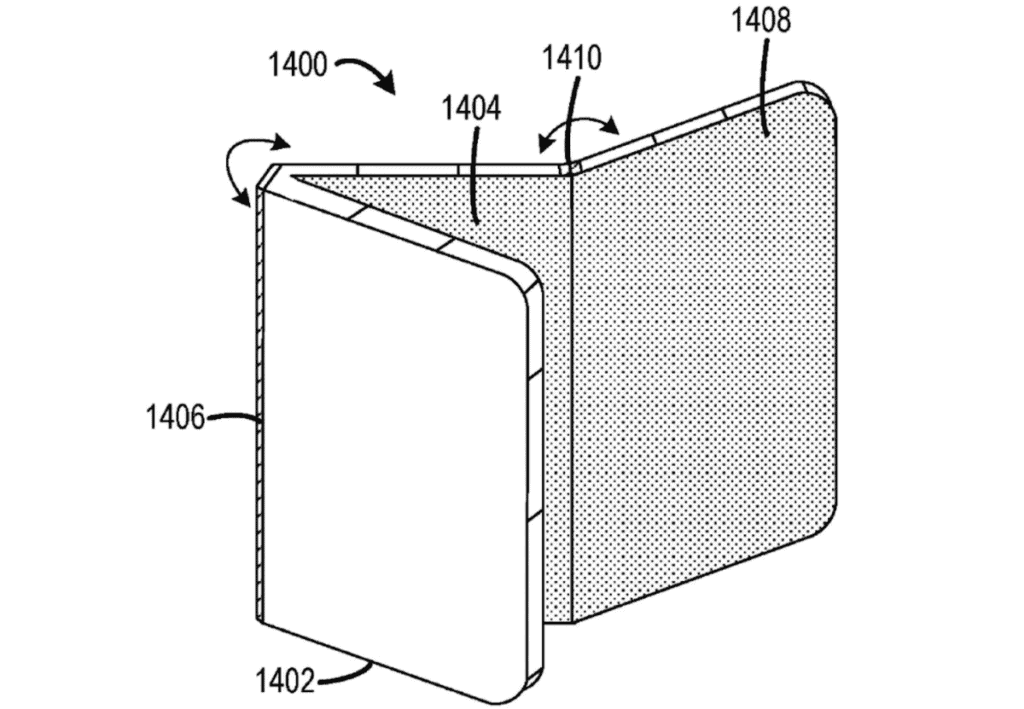 Unfortunately, there aren’t further spec details from Microsoft. There aren’t details about the hinge mechanism and how it functions. Interestingly, the tri-folding design seems to be the next step for companies in the foldable segment. Samsung is also rumored to be working on its own tri-fold smartphone. This design if well made could do wonders for devices like the Galaxy Z Fold. It could be made bigger but also compact when totally folded. TCL also showcased a working concept device in March of last year at MWC Barcelona. Unlike Samsung, we didn’t see this TCL product making into the commercial scene.

Microsoft is struggling to establish its presence in the segment. While the company is a giant for a lot of reasons, it has serious problems in making its smartphones available at the right time. The first iteration of the Surface Duo came with outdated specs which made the device less relevant against the conventional smartphones. We are still waiting for a proper flagship smartphone from Motorola that will come at the right time and with the right specs.

The company that successfully brings a tri-folding device first, will have some advantage against others. However, we highly doubt that it will be Microsoft considering how Samsung is ahead of its competitors in the folding scene. The next year should be marked with more competition and some surprises from China.