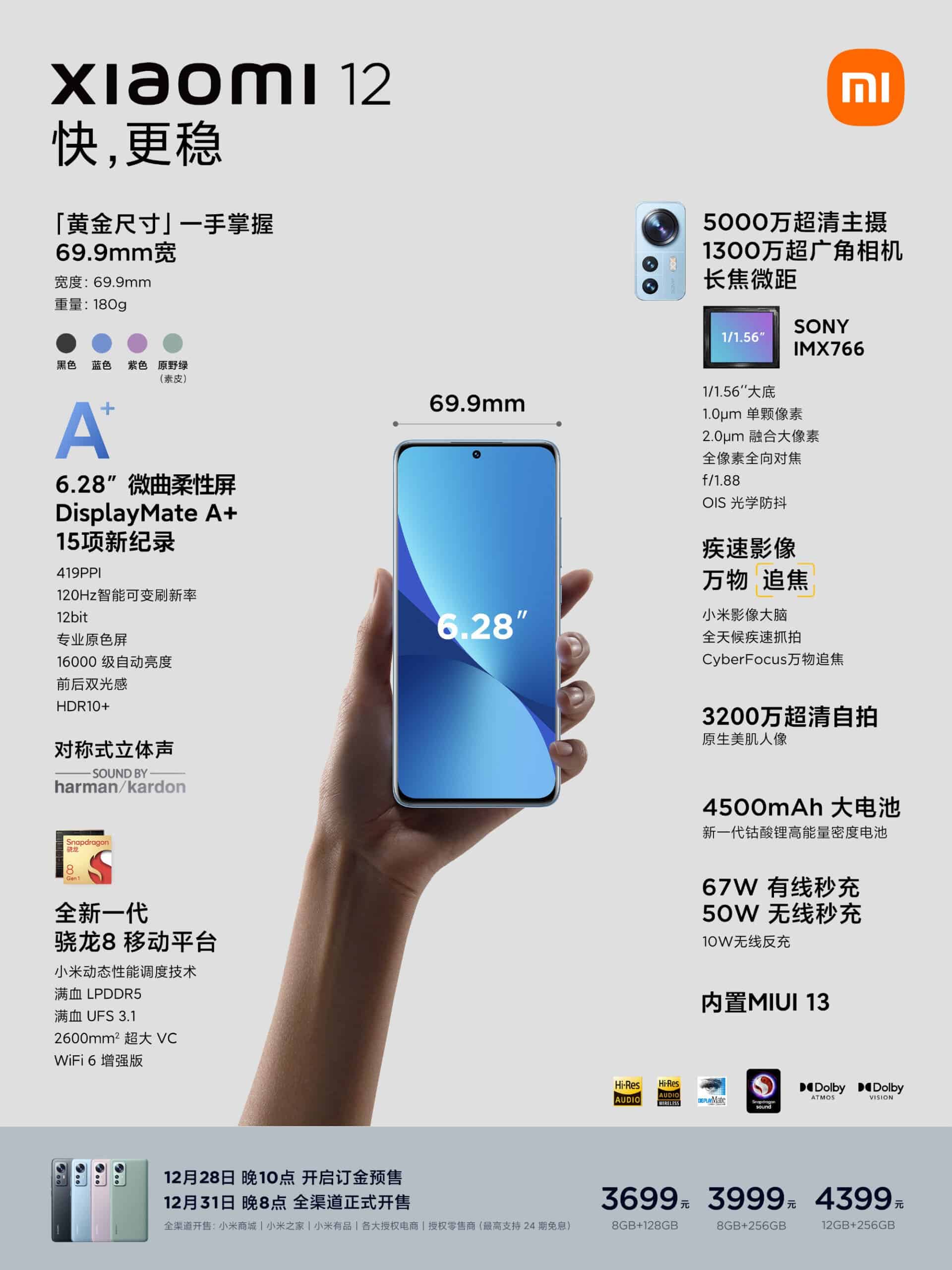 The phone is available in four color options of black, blue, purple, and the “wild green” version with high-quality environmentally friendly plain leather. This phone is considered to be a small-sized premium smartphone. That’s why it has a 69.9mm golden grip and weighs 180g. 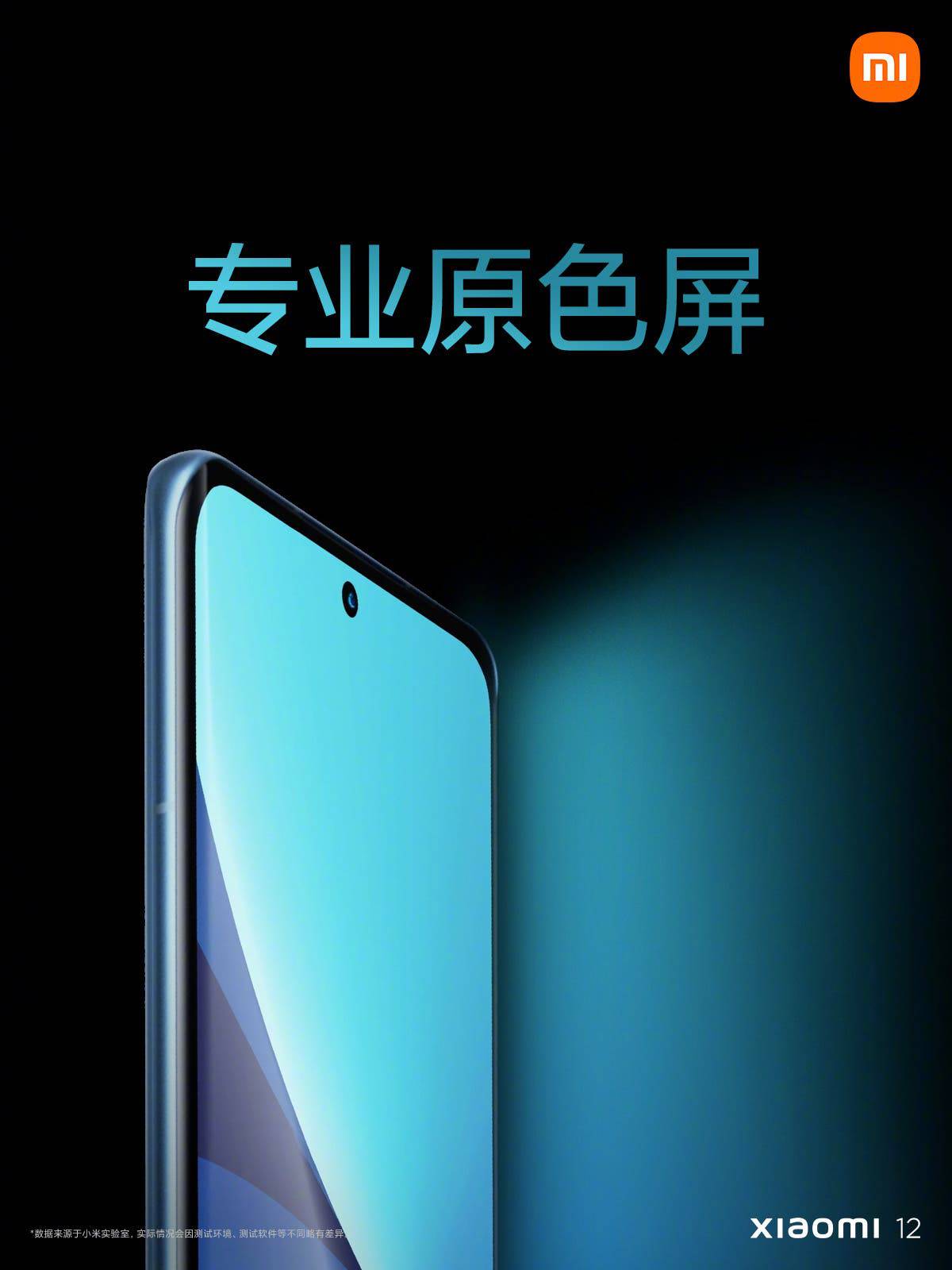 At the same time, this screen of Xiaomi Mi 12 has passed the International Evaluation Agency DisplayMateA+ certification and broke 15 new screen records.

Under the hood, the Xiaomi Mi 12 hosts the Snapdragon 8 Gen1 flagship chip. It is paired with an LPDDR 5 RAM and UFS 3.1 native storage. Thus, the phone comes with an iron triangle combination. As for the processor, it adopts 4nm process technology. Also, this SoC comes with an updated CPU architecture. The CPU performance is up to 20%. At the same time, the power consumption has been reduced by 30%. The GPU core area is 60% larger, the graphics rendering speed has been increased by 30%, and the energy efficiency ratio has also been increased by 25%.

There is a built-in 4500mAh large battery, which supports 67W wired fast charging, 50W wireless fast charging, and 10W wireless reverse charging. According to the official introduction, the phone can get 100% power in 39 minutes (wired charging).

In other aspects, the Mi 12 has built-in Harman Kardon symmetrical dual speakers, and the MIUI 13 operating system is pre-installed at the factory. 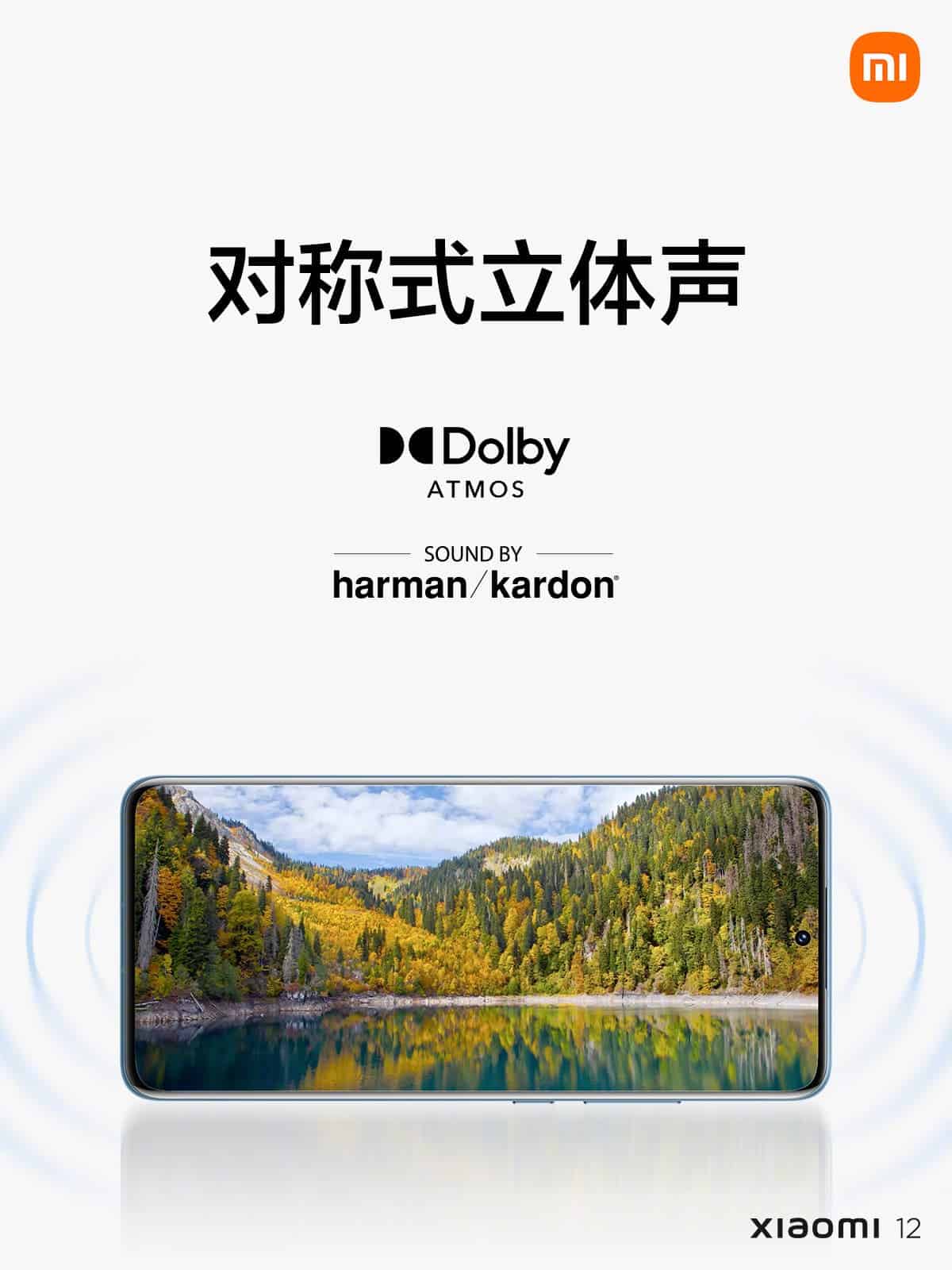 The Mi 12 features a 50-megapixel main camera. The Sony IMX766 sensor supports 4-axis optical image stabilization. There is also a 13-megapixel ultra-wide-angle lens as well as a telephoto/macro lens. On the opposite side, we can find a 32- megapixel front camera. This lens supports native beautifying portraits.

However, the biggest highlight in this department is the use of a brand-new imaging brain for the first time. It contains four functional modules: intent recognition unit, acceleration engine, computing unit, and ecological engine. Due to it, the continuous shooting interval is greatly shortened. Also, it improves the continuous shooting experience. 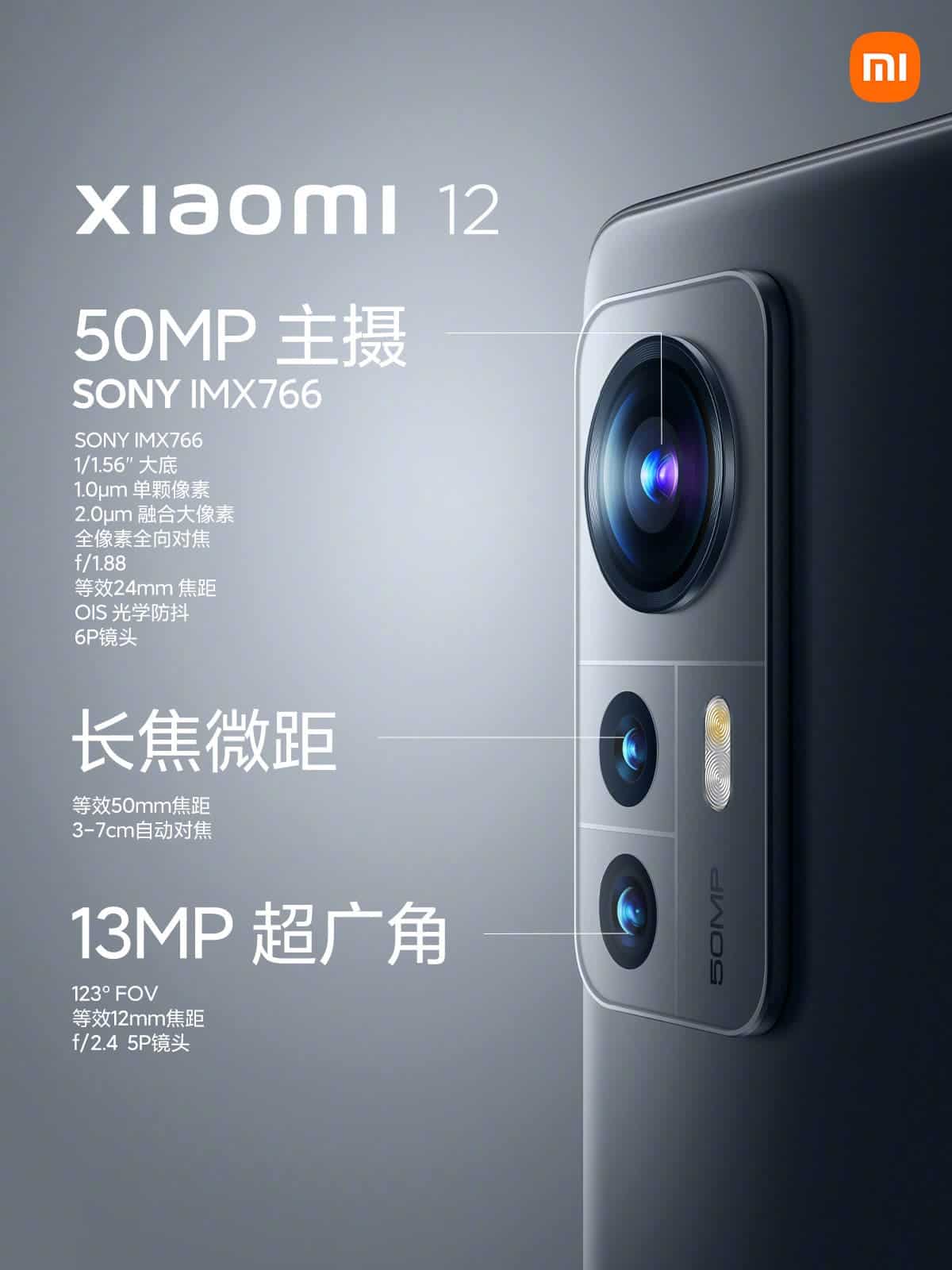 Another interesting camera feature is the CyberiFocuis tracking system. It can automatically identify human bodies, faces, and even animals like cats and dogs. After double-clicking, you can lock any object at will to achieve tracking focus.

It is worth mentioning that Mi 12 is also the strongest Mi mobile phone. The network optimization of 8 scenarios solves three major pain points. They are intelligent scene judgment, fast return to the network, and antenna signal enhancement. The transmission power is increased by 5%.