Since the commercialization of 5G network, there has been a rapid spread of this communication network. However, there are still critics who believe that there is no real need for 5G. Some of these critics believe that 4G LTE can do just what 5G can handle. However, this really depends on what the user does with the network. Have you used 5G network? How do you feel about the internet speed? 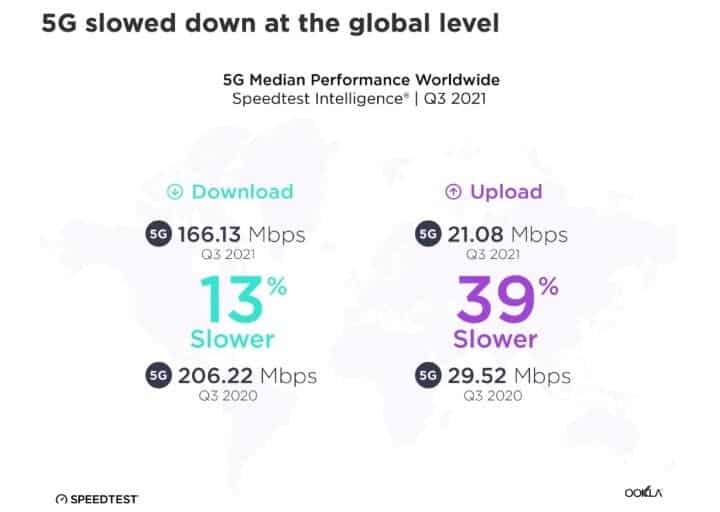 Why is the network speed not increasing but decreasing? The report believes that the calculation method of network speed in some areas has been changed to 5G specifications, so the dynamic adjustment of radio waves causes interference and other situations. According to estimates, after 2022, the global 5G network speed will gradually resume its proper performance with the adjustment of the spectrum.

The Top 10 regions have almost re-shuffled. South Korea jumped from fifth last year to first, surpassing Norway. South Africa, Spain, Bahrain, and Hungary fell out of the Top 10. These countries were replaced by Sweden, China, Taiwan, and New Zealand respectively.

The decline in network speed is also reflected in the To 10. Last year, Norway’s download speed was 549.02Mbps, and it was in the first position. Although it was still second this year, its download speed is only 426.75Mbps. South Korea, which ranks first, has increased its network speed from 411.31 Mbps last year to 492.48 Mbps.

In terms of 5G network penetration rate, the United States has the highest rate of 49.2%. The Netherlands is in the second position with 45.1% while South Korea with 43.8%. The report also pointed out that 20% of the Internet population is still using 2G/3G networks.

There are still many regions and cities that do not have a 5G network for now. India is top on this list as it is a pretty large smartphone market and we expected this region to have 5G network by now.

Previous Samsung, Apple, and other brands no longer have standard chargers