Samsung Galaxy Tab A8 India launch could be right around the corner, as a dedicated microsite for the tablet has gone live on Amazon. The upcoming budget tablet from the South Korean tech behemoth has been floating around the rumor mill for quite some time now. Samsung announced its new tablet earlier this month. After the global launch, the Galaxy Tab A8 support page went live on Samsung’s India website. This was a clear sign that the tablet is headed to India.

Now, more details about the Samsung Galaxy Tab A8 tablet’s India launch have surfaced online. Aside from that, the Amazon listing has confirmed some of the tablet’s key specifications ahead of launch.

The dedicated microsite on Amazon claims that the Samsung Galaxy Tab A8 is coming soon. In other words, Samsung is still keeping details about the tablet’s exact launch date under wraps. However, given that the tablet has already arrived on the e-commerce platform, it is likely to go official in the next few weeks. As mentioned, the Amazon listing has shed light on the tablet’s specifications. For instance, it reveals the upcoming device’s storage, RAM, battery size, display size, and other details.

Upfront, the Samsung Galaxy Tab A8 features a 10-5-inch TFT display that has a symmetric bezel around it. Moreover, the screen delivers a Full HD+ resolution, coupled with an aspect ratio of 16:10. Aside from that, the tablet will be available in three color options including Pink Gold, Silver, and Gray. Also, the tablet is 6.9mm in thickness. The mammoth display houses a quad-speaker setup that is backed by Dolby Atmos audio. Under the hood, the tab packs an octa-core processor, which could be the UniSoC T618 SoC. 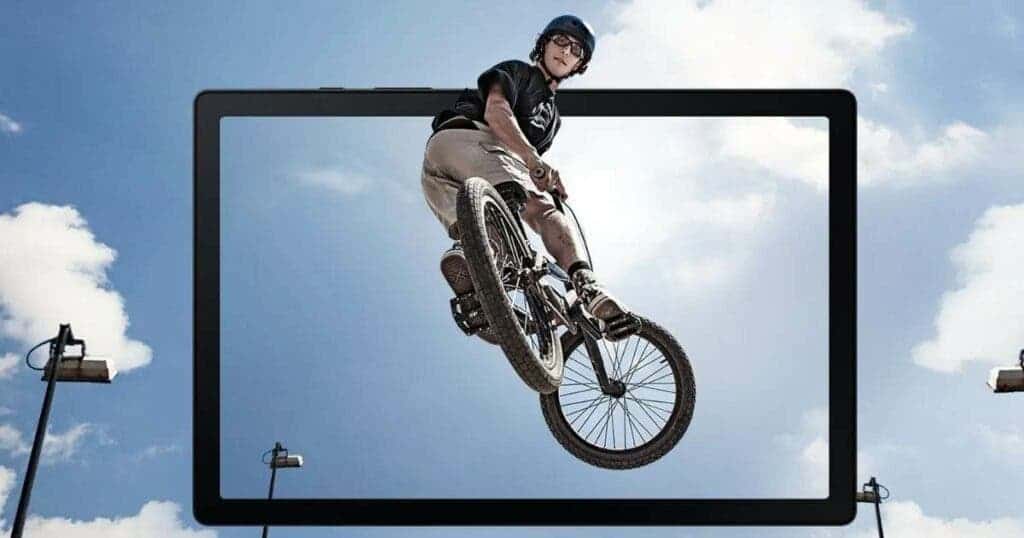 This UniSoC T618 SoC will reportedly be built on a 12nm process. Furthermore, the tablet will come with a Mali G52 GPU. It will be available in 3GB RAM+32GB storage, 4GB RAM+64GB storage, and 4GB RAM+128GB storage configurations. Moreover, the tablet will be drawing its juices from a 7,040mAh battery that supports 15W fast charge. Other notable features include Samsung Knox security, multi-window support, Samsung Kids, built-in screen recorder, and Samsung TV Plus. The pricing for the Samsung Galaxy Tab A8 starts at €229 (about INR 19,700) for the 3GB RAM+32GB storage Wi-Fi model.

The 4GB RAM+128GB storage LTE variant will set you back €359 (about INR 30,300). Regrettably, the Amazon microsite for the tablet does not reveal the exact price it will be carrying in India. To recall, the company did not confirm the Samsung Galaxy Tab A8 tablet’s price at its launch about a couple of weeks ago. However, Samsung confirmed that the tablet will be available in the US, and some other regions starting from next month.

Previous Realme C31 Gets NBTC Certified Ahead Of Launch