Vivo is gearing up to introduce its Vivo V23 series on January 5th in India. The new smartphone series focus on style and cameras is coming to fill the gap left in the market after months since the last launch of the series. The Vivo V23 and V23 Pro will join the already-released Vivo V23e which curiously, was the device that started the lineup. A couple of days ago, the device had its specifications leaked in the wild. Now, in a recent development, the pricing details of the upcoming Vivo V-series handsets have been revealed by the reliable tipster Yogesh Brar.

The tipster Yogesh Brar took to Twitter to share the pricing of the Vivo V23 and Vivo V23 Pro. Moreover, he comes with the specifications coming for these handsets. According to the tipster, the Vivo V23 Pro 5G will cost somewhere between INR 37,000 ($496,16) and INR 40,000 ($536). This price is not very attractive for those who were expecting some level of “affordability” in these devices. The V23 Pro is gearing to b the costliest V-series smartphone to date in India. The handset will come in Sunshine Gold and Stardust Black colorways. The Gold will change its color when under direct sunlight or UV light. 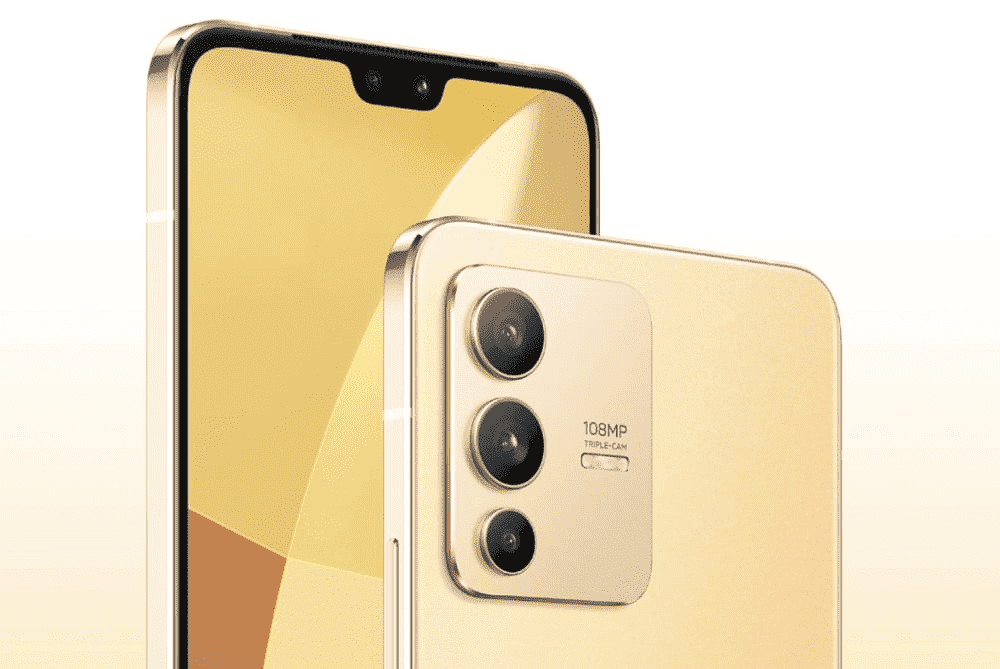 The Vivo V23 Pro will feature a 6.65-inch Full HD+ Curved AMOLED display with a 90 Hz refresh rate and a notch. The notch serves as a home for dual front selfie shooters. We’re expecting a primary 50 MP camera and an 8 MP ultrawide snapper at the front. Moving to the rear, we have a 108 MP triple-camera setup with an 8 MP ultrawide and a 2 MP macro lens. The V23 Pro will come with a MediaTek Dimensity 1200 SoC with a 4,300 mAh battery with 44W charging support.

The Vivo V23 5G has a smaller 6.44-inch Full HD+ AMOLED display that refreshes at 90 Hz. Under the hood, it uses the Dimensity 920 SoC. Apparently, Vivo will use “the first Dimensity 920 smartphone in India” as a marketing tagline. Furthermore, the device also has the same 50 MP + 8 MP selfie combo, but the main camera gets a downgrade to 64 MP. The device comes in variants with 8 GB or 12 GB of RAM with up to 256 GB of Internal Storage. The battery will be a smaller 4,200 mAh unit with the same 44W charging.

Next MiniBook X dazzles with its 10.8-inch 2K Retina display