This year, OnePlus went much ahead of its usual schedule to launch the OnePlus 9 series. The devices were unveiled in March, earlier than the usual April / May schedule. Now, the company will bring its new flagships even sooner, and that’s really as soon as January 2022. The brand already confirmed its new OnePlus 10 series will debut in January in China. Of course, this does not mean much for International markets, as the devices may still arrive in March 2022. But, we will already know everything about the OnePlus 10 and OnePlus 10 Pro much ahead of their debut in international markets.

We assume that the OnePlus new strategy has to do with the Oppo merging, and also with the absence of T-series flagships this year. Talking about Oppo, the Chinese brand is expected to bring its Find X5 series by the end of the first quarter. As a result, the OnePlus 10 series and Oppo Find X5 series won’t be competing during the same period.

With the OnePlus 10 series launch just around the corner, we’re seeing more and more leaks every date. Today, the OnePlus 10 Pro has passed through the Geekbench website. The device has been found with the model number NE2210, and a tipster states that it is indeed the Pro variant. The device runs the Qualcomm Snapdragon 8 Gen 1, which is not a big surprise. We expect most of the “Pro” flagships of 2022 to pack the Snapdragon 8 Gen 1. The variant listed here brings 12 GB of RAM, and we’re not expecting anything below this mark for the OnePlus 10 Pro. In terms of score, the device amassed 976 points in the Single-Core tasks and 3,469 points in the Multi-Core department. 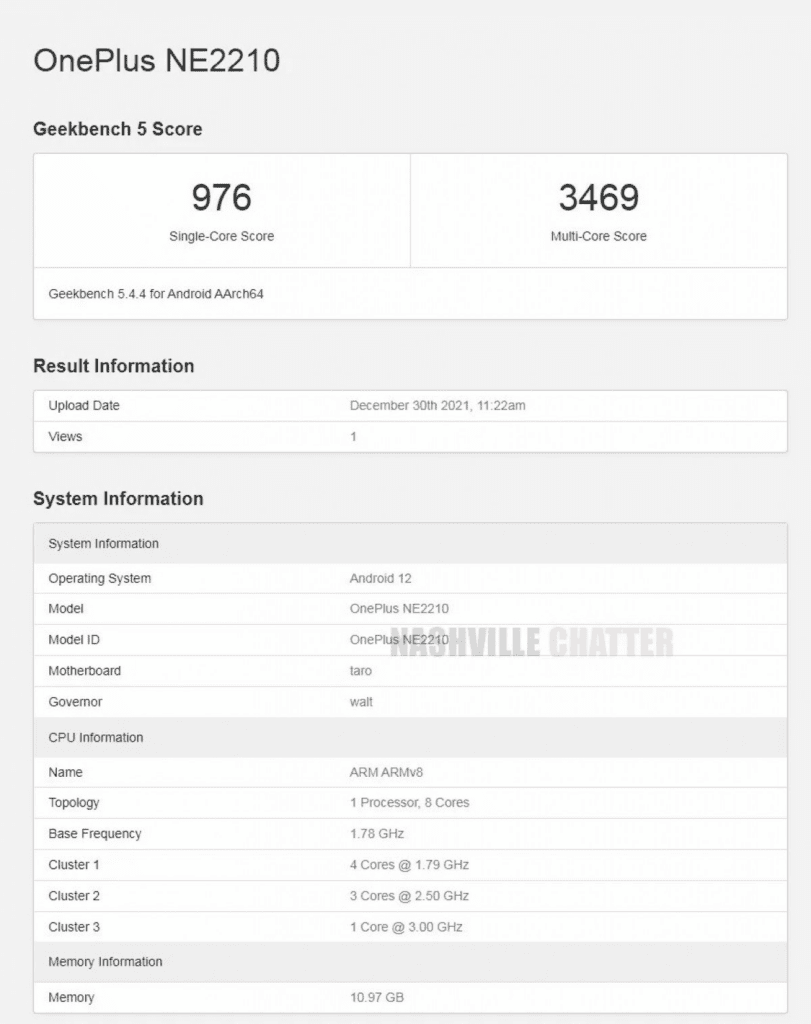 We have to agree that these scores are way below what we usually see for Snapdragon 8 Gen 1. Interestingly, these points are even lower than the Snapdragon 888 and 888+ results. However, we assume that this result comes from a device with unfinished software. In recent times, OnePlus has been known for unveiling new smartphones when the software isn’t yet in its optimal form. The handset runs Android 12, which is hardly a surprise. For the Chinese variants, we expect ColorOS 12 to be running on top.

The OnePlus 10 Pro will also pack a 120 Hz AMOLED display with a 2K resolution. The device will come with a punch-hole cutout and curved edges. The device will be similar to this year’s OnePlus 9 except for the camera bump which has a different design and alignment. The setup will be led by a 50 MP camera and will bring back Hasselblad branding. We expect a 5,000 mAh battery with 80 W fast-charging and 50 W wireless charging.