In addition to the award-winning system software, Fast Technology 2021 Annual Awards also looked at the top mobile SoC (processors) for this year. The world is still recovering from the pandemic and we are hit with a huge shortage of chip components. This year, Huawei was forced to withdraw its powerful Kirin chips for reasons we already know. Of course, we had the emergence of the Snapdragon 870 which we can call the most popular mobile processor for 2021.

As for new flagship products, the legendary Apple A15 is naturally the first to debut. Although it is still a 5nm chip, Apple is proud to say at the press conference that “we are two years ahead of our opponents”. It is still the strongest chip and with its 5G performance, there are almost no defects.

After two years of polishing the 5nm process, the Android SoC finally took another step ahead and opened the door to 4nm. The MediaTek Dimensity 9000 and Qualcomm Snapdragon 8 Gen1 were announced at the end of the year. These processors showed unprecedented powerful performance. What’s more surprising is that the two are actually “like brothers” in terms of parameters. Not only are the processes similar, but the architecture is also almost identical. This is the first time MediaTek has launched a flagship processor that is on par with Qualcomm for many years.

The award-winning processors have five Mobile SoC categories including Flagship Performance Award, Technology Innovation Award, Most Watched Award, Most Cost-effective, and Editor’s Choice Award. Let’s take a look at which products have won the awards.

This year, the Apple A15 is undoubtedly the strongest Mobile SoC. The technology is still 5nm but based on the enhanced version of N5P, the transistor has increased by about 30%. Furthermore, the CPU frequency is claimed to be 50% faster than competing products. According to Apple, this chip is two years ahead of Android. 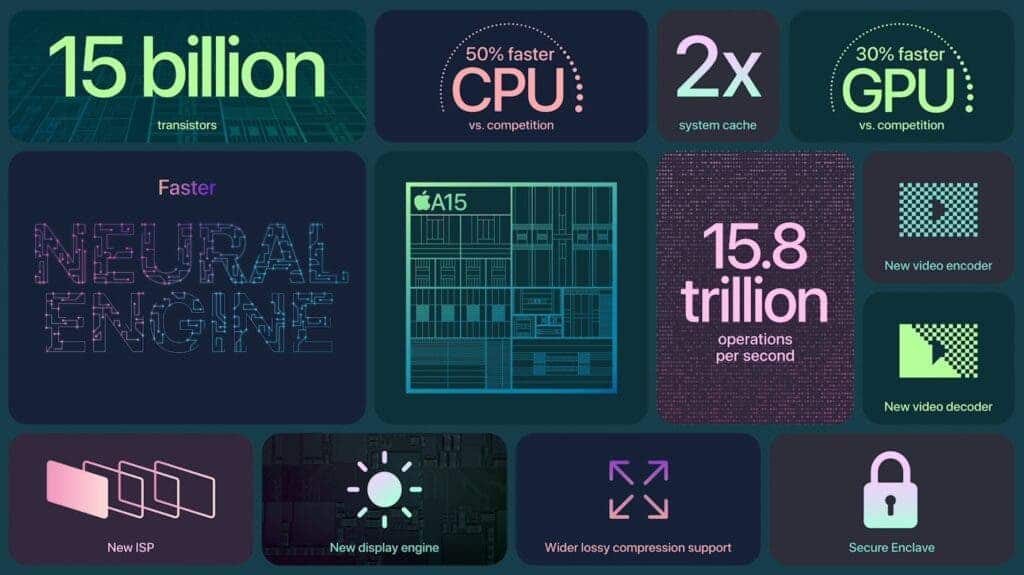 In addition, the GPU and NPU performance of this chip increased by over 50% and 40% respectively. These have improved the game and image performance of new products such as the iPhone 13 series. The game and shooting experience continue to crush competing products.

Also, this chip seems to have solved the previous signal problems with the addition of the Snapdragon X60 5G baseband. This chip also brings higher 5G speeds, sweeping away the iPhone’s biggest signal shortcomings.

Without the obstacles of Kirin’s new products, Qualcomm Snapdragon 8 Gen1 is perhaps the strongest chip in the Android camp. However, this is only so because the first smartphone with Dimensity 9000 is yet to arrive. Thus, there is no practical confirmation of the performance of this chip. This is why the Dimensity 9000 can not be considered for the performance award. The Snapdragon 8 Gen1 Mobile SoC uses Samsung’s 4nm process which increases CPU performance by 20% and reduces the power consumption by 30%. This chip also seems to control the heat well from tests with the Xiaomi 12 series.

The Snapdragon 8 Gen1 also achieved a great leap forward in GPU performance this year, with a 30% increase in performance and a 25% reduction in power consumption. In some scenarios, it even surpassed the Apple A15 Bionic. Regarding the baseband that Apple has upgraded this year, the Snapdragon 8 Gen1 is a direct backhand. It has upgraded the X65 5G baseband with a speed of up to 10Gbps, which is the fastest 10G network speed in history.

Speaking of this year’s Technological Innovation Award, the first thing we thought of was “Dimensity 5G Open Architecture”. It may be that ordinary users are not familiar with this name, but you must mention its other name “Dimensity 1200”. Dimensity 5G open architecture is an open solution based on Dimensity 1200 chip. MediaTek can directly open the bottom layer to mobile phone manufacturers. Each manufacturer can participate in the customization of this chip to make it better. Manufacturers can improve or downplay different aspects of the chip including cameras, displays, graphics, and AI processing units. It can create a unique chip to make mobile phones more differentiated.

Another innovation is the “pride of Chinese chips”, Unisoc Tiger T618. All major chip companies are making efforts in the 5G field. When major companies devote themselves to 5G, they completely ignore the existing huge 4G market. The Unisoc Tiger T618 series chips have won a huge market in one fell swoop, rushing to fourth place in the world. The chip got orders from over 500 customers in 128 countries around the world. 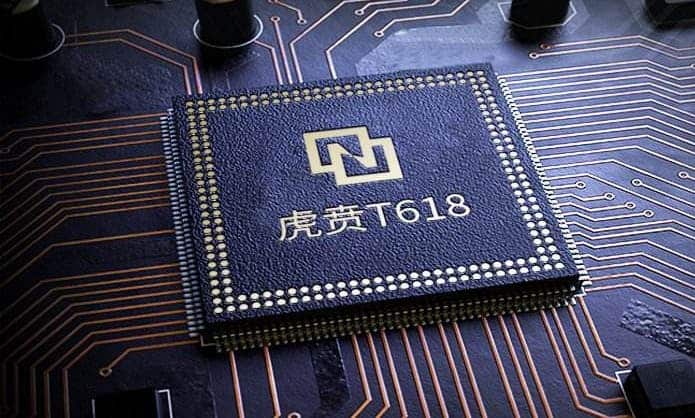 In terms of specifications, Unisoc Tiger T618 Mobile SoC uses DynamIQ technology to allow the system to perform more under stricter heating limits and make performance output longer. It can also take advantage of instantaneous performance improvements to bring faster response speed and better user experience. This is of great significance to the low-end market, which obviously improves the user experience.

Speaking of this year’s Android flagship, the MediaTek Dimensity 9000 obviously grabbed the limelight. Although it is not yet on the market, it is more anticipated than the 4nm Snapdragon 8 Gen1. Dimensity 9000 has won ten global firsts in one fell swoop, including the world’s first 5G SoC based on TSMC’s 4nm process. TSMC’s 4nm is currently obviously more popular than Samsung’s 4nm in the minds of users because of power consumption and heat generation. The control is better, and it is even considered that the final performance will surpass Qualcomm. It is regarded as MediaTek’s dream of hitting the high-end, and it will directly compete against Qualcomm.

This has given the entire market a new understanding of MediaTek. In the absence of Huawei’s Kirin chip and the collapse of the Snapdragon 888 series, MediaTek has quickly seized this market gap.

In terms of manufacturers, on the day of the Dimensity 9000 conference, top brands such as OPPO, Vivo, and Xiaomi all announced that they would use this chip.

In addition to the SD870, there is also a very cost-effective chip in the mid-range market, the Dimensity 1100 from MediaTek. This chip is based on the 6nm flagship process and has good performance and power consumption. From performance tests, the Dimensity 1100 can even surpass the Snapdragon 870 in multi-core performance. It far surpasses competing products of the same level, and at the same time, it further reduce power consumption.

The price of this chip is also another core weapon. Smartphones with this processor can sell for as low as 1000 yuan ($157). This means that a mid-range smartphone can sell for an entry-level price tag. If we consider the Snapdragon 870 to be a cost-effective chip in the flagship segment, the Dimensity 1100 is undoubtedly the most cost-effective mobile phone chip in the entire market.

The Snapdragon 870 was probably the most unexpected chip this year. This chip is so popular because its performance and price are very attractive. Ideally, Qualcomm would have released this chip as its 2021 flagship processor but it was pursuing more power. This is why it flopped with the Snapdragon 888 which has more power but laughable heat control. 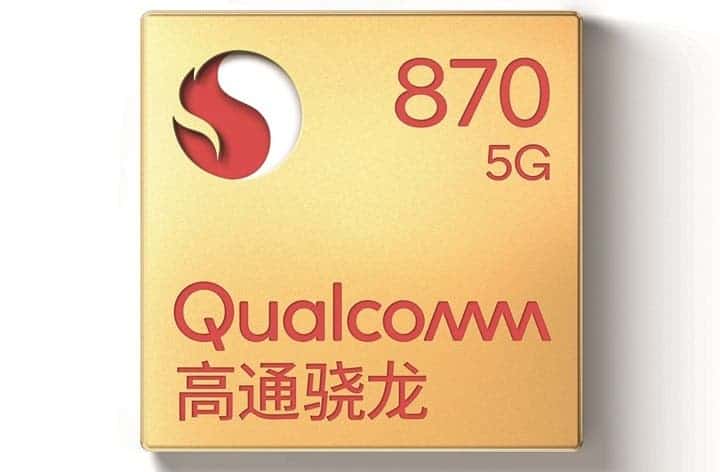 In addition, the Snapdragon 870 is extremely balanced in terms of power consumption, heat generation, and performance. Thanks to a more mature process and two years of manufacturer adjustments. The continuous performance output is even better than the top Snapdragon 888 Plus. In summary, the Snapdragon 870 is the most cost-effective pseudo flagship chip this year. We call this chip a “pseudo flagship” processor because is not really flagship (we can say it is a very top mid-range chip) but its other qualities make it desirable.

This award was only created to accommodate a great chip that couldn’t get any award. Unfortunately, the Snapdragon 778G+ and Dimensity 1100 are in the same mid-range segment. Thus, it can not be the most desirable mid-range chip or the most cost-effective. However, the Snapdragon 778G series has an almost perfect performance. The balance of energy consumption, heat generation, and performance has hit its own market. 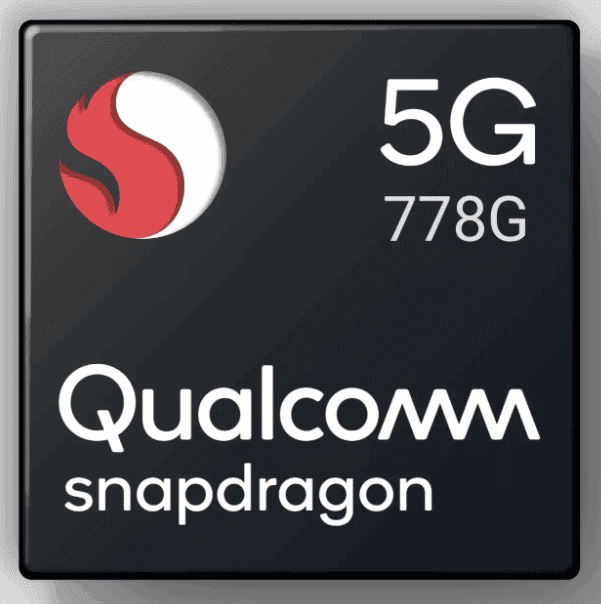 The Snapdragon 778G+ adopts TSMC’s 6nm process technology, which is one of the most mature mobile phone SoC processes. It allows the mobile phone to achieve a very delicate balance between performance, power consumption, and heat generation. The output brings an excellent gaming experience and can provide long-lasting high-performance performance.