Realme Watch 2 Pro smartwatch’s new variant, as well as the Realme Pad tablet’s cover, will be launching in India later this month. Realme brought its latest smartwatch dubbed the Realme Watch 2 Pro into the Indian market on July 23. The wearable is available in two eye-catching color options including Metallic Silver and Space Grey. Now, a report by MySmartPrice suggests that the Chinese brand is prepping to launch a new Realme Watch 2 Pro color variant in India.

The feature-laden Watch 2 Pro comes with a 1.75-inch touch color LCD display that offers 320×385 pixel resolution. Moreover, the screen has a pixel density of 286PPI. As far as brightness is concerned, the wearable’s scratch-resistant display can offer up to 600nits of brightness. Furthermore, the smartwatch features a SpO2 sensor and an optical heart-rate monitor. It also comes with a 3-axis accelerometer. 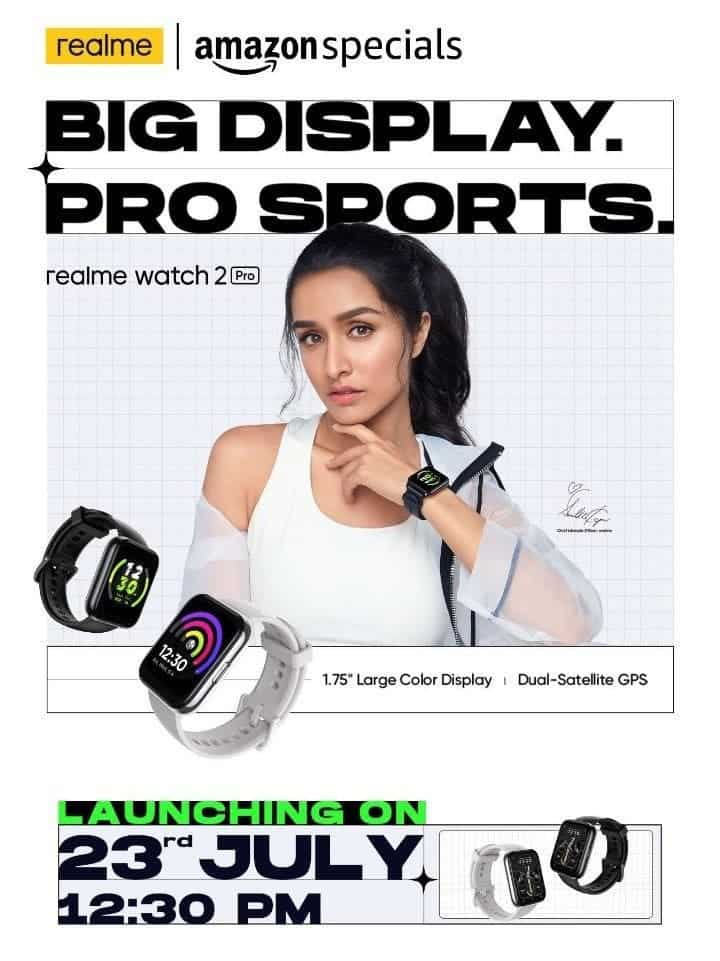 On top of that, the Watch 2 Pro is capable of tracking 90 sports modes including yoga, elliptical, cricket, football, badminton, strength training, outdoor cycling, walking, and more. Aside from that, it supports 24-hour monitoring of heart rate and blood oxygen. Also, it has activity records, water, steps, distance reminder, and sleep detection. The Watch 2 Pro enables users to control the camera and music. Other notable features include low battery reminder, message reminder, and call notification.

The screen wakes up every time you lift your wrist, which is quite a useful feature. The watch is backed by a 390mAh battery that can last up to 14 days. The compact and light smartwatch weighs in at just 40 grams and its dimensions are 255.2 × 38.9 × 12.65mm. The watch also carries an IP68 rating.

The Realme Watch 2 Pro is currently up for grabs on Amazon, Flipkart, and the company’s official online store for INR 4,999. It is worth mentioning here that the wearable would normally set you back INR 5,999 on Amazon, as well as on Flipkart. However, both e-commerce giants are currently offering a notable discount on the smartwatch’s original asking price. It is worth mentioning here that watch will go back to its original selling price when the promo ends.

Next Vivo Y21T Pricing Tipped Ahead of Rumoured January 3 Launch