At CES 2022, Google announced 13 new software features for its products, including fast switching of audio sources for Bluetooth devices and displaying text messages to a smartphone on Chromebooks. The project was named Better Together, and in fact we are talking about the implementation of opportunities for closer integration of devices – many such solutions are already present in the Apple ecosystem.

The biggest updates await the Fast Pair framework, which will make it faster and easier to connect Bluetooth headphones and other devices, including Android TV and Google TV, as well as components of smart home devices. Wear OS 3 smartwatches will be able to be used to unlock Android smartphones and Chromebooks “in the coming months” – the same way Apple Watch unlocks iPhone. 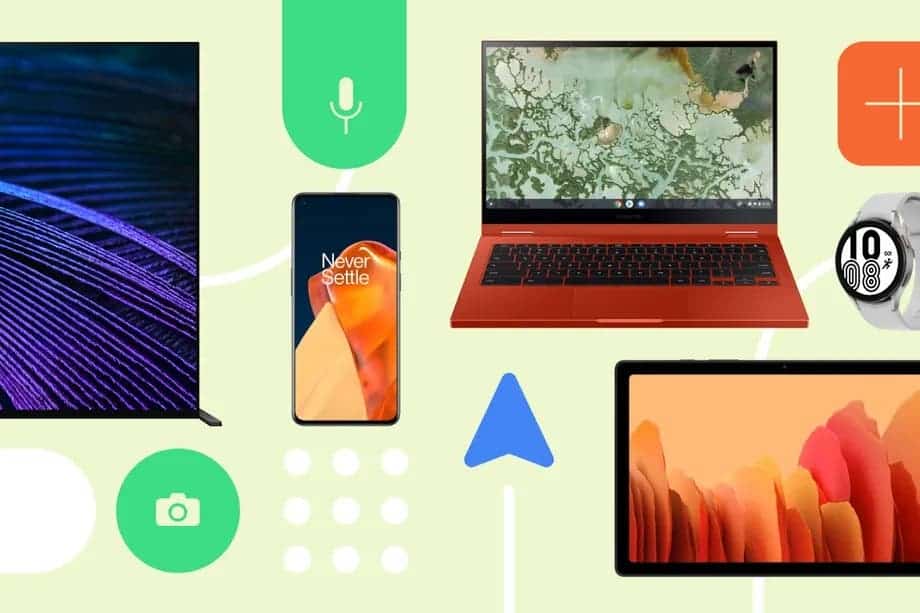 The timing of new features; according to Google, ranges from “in the coming weeks” to “in the coming months” and “within a year.”… They will appear with software updates on Android smartphones (this will not always require a full OS update); Chromebooks, Android TV, Bluetooth headphones and even Windows laptops from Acer and HP; these manufacturers, together with Intel, have become Google partners on the project Better Together. Windows PC owners can enjoy Fast Pair, read text messages from phones; and send files from smartphones to computers using Nearby Share. Similar features will be supported on Chromebooks; which in addition will have the ability to easily transfer pictures from the phone; as well as unlock from a Wear OS smartwatch.

Bose speakers and soundbars will receive Chromecast support in the coming weeks; and head-tracking spatial audio will be available on Android. Google is also working on a system for opening cars using UWB; now this function is available for Samsung and Pixel 6 Pro smartphones; and BMW will be the first partner in this project from the auto industry. Volvo, which makes cars with systems running Android Automotive, will receive Google Assistant integration, which, for example, will allow it to remotely start the engine with a voice command.

So, normally at CES, Google has emphasized the power of the Google Assistant. This year, it’s hoping to get you to believe that Android can work better with your other devices. The challenge for Google is to actually get lots of different devices and manufacturers to support all of these features. That will be no easy task — and it’s likely one of the main reasons there are no firm dates or even specific hardware products attached to any of these announcements.

Next Google "Fast Pair" to add automatic switching like Apple