Google will finally bring a feature to Android that many users have been waiting for. This is the ability to ability to automatically switch between Apple headphones and similar technology audio. Google plans to add “Fast Pair” Bluetooth technology to Android phones in the coming months. This would bring the experience of a pair of AirPods headphones that can automatically switch without pairing when logged into the same ID as an iPhone, or iPad. 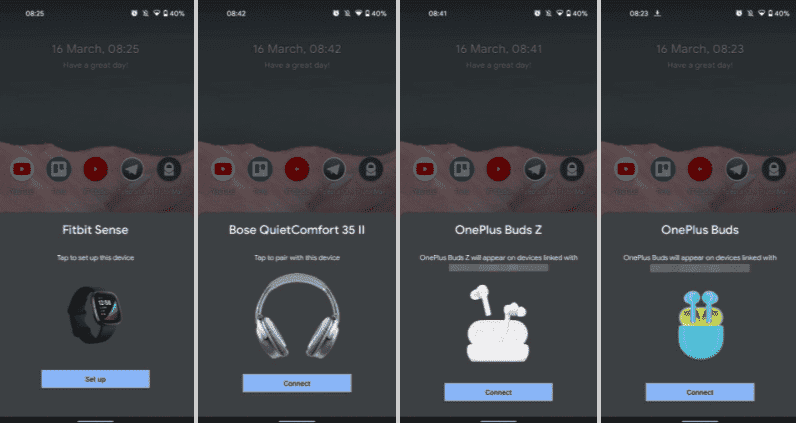 Google will also begin to support a similar concept of spatial audio on Android. This feature will allow users to adjust the sound according to the user’s head movement. It already supports some music services now. Auto-switching and spatial audio are just two of the experiences in Fast Pair technology. These features will be rolled out “in the coming months,” not knowing how Google is going to coordinate its many manufacturers. Samsung has its own ecosystem of devices and headphones, and many other manufacturers are in a similar situation.

In addition to these two main features, some other features will arrive this year. For example, Google TV and Chromebooks will support fast pairing.

According to reports late last year, Google will Android games on Windows 10 and Windows 11 PCs. The company will release this starting from this year. Google has confirmed the development of the same, but it has not yet issued a deadline in terms of when the games might be available for download on Windows PCs.

In a statement to the Verge, Greg Hartrell, the director of product for games on Android at Google said that:  “Starting in 2022, players will be able to experience their favorite Google Play games on more devices: seamlessly switching between a phone, tablet, Chromebook, and soon, Windows PCs.

This Google built product brings the best of Google Play Games to more laptops and desktops, and we are thrilled to expand our platform for players to enjoy their favorite Android games even more.”

What is worth noting is that Google seems to be keen on stressing that this is a Google-built service. Thus, it does not reflect on a partnership between the company and Windows (Microsoft). This comes as Microsoft announced a new Android app experience with Windows 11. It adds support for certain apps using the Amazon Appstore, which itself is present inside the Microsoft Store.

Hartrell also confirms that the games that will be running on Windows PCs will be working natively, and will not be streamed from cloud servers. What this means is that there would be a reduction in the need for fast internet services.