At the launch of the Xiaomi 12 series, the company unveiled the Xiaomi 12 Pro which comes with Xiaomi’s third self-developed Surge P1 chip. This chip is a special award-winning fast-charging chip. Today, Xiaomi officially disclosed the story behind this technology today. Xiaomi said that after the release of the second charging technology, it has been thinking about the next generation of fast charging solutions. The fairy second-generation charging is the result of Xiaomi’s exploration and thinking. On the one hand, it pursues a more extreme fast charging experience, on the other hand, it pursues battery life. The Xiaomi Surge P1 chip brings a couple of new experiences. 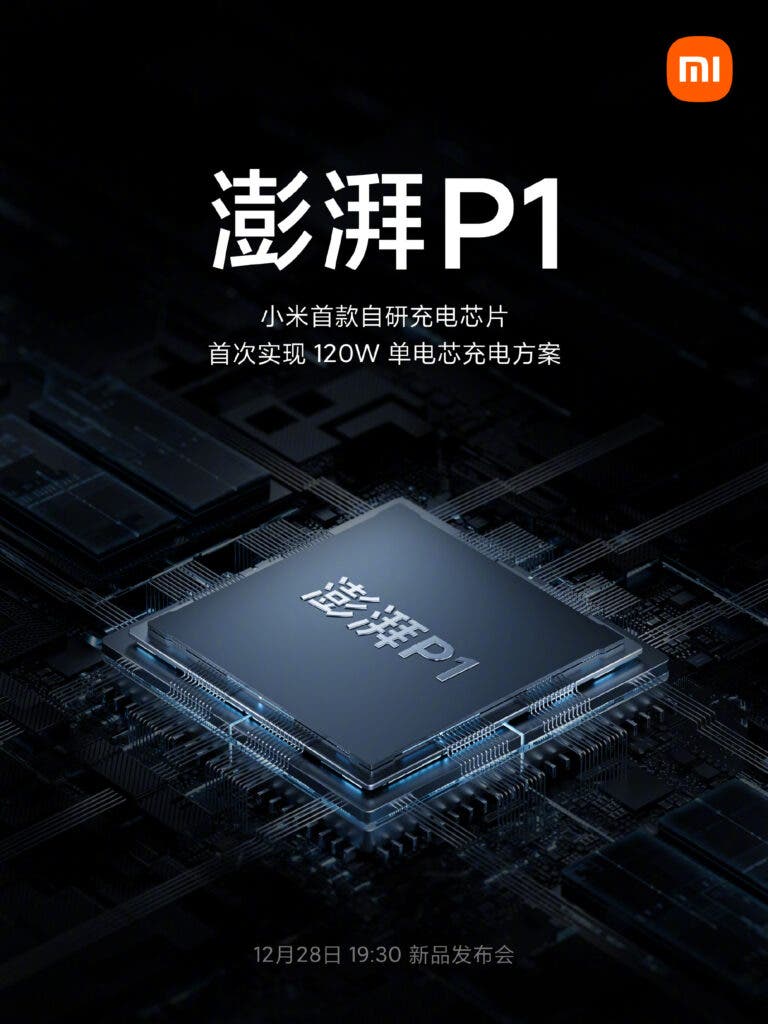 With the Xiaomi Surge P1 chip, a 120W single cell can be charged in a second. This can charge a 4600 mAh battery in 18 minutes. Also, there is even a 200W wired charging technology that can charge a 4000 mAh battery in 8 minutes. The 120W single-cell charging concept is the first in the industry. Xiaomi first released the 120W 5C graphene-based battery cell system with a new self-developed forward 4:1 Surge P1 chip.

With the Xiaomi Surge P1, the forward 1:1 mode bright screen charging efficiency is higher. Furthermore, the forward 2:1 mode is compatible with multiple chargers. In addition, the reverse 1:2/1:4 mode supports up to 30W reverse charging. 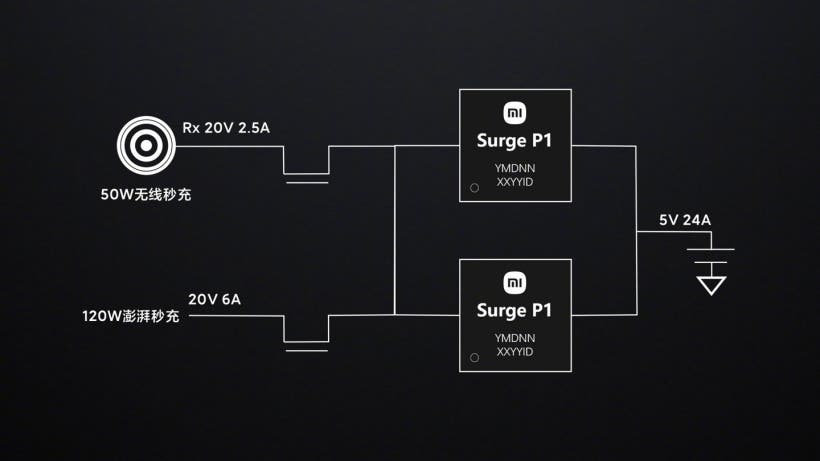 The 200W wired charging technology uses the 10C graphene-based battery with the strongest charging capacity in the industry. This not only ensures good heat dissipation but also takes into account the lightness and thinness of the body.

Regarding the Xiaomi Surge P1, here is what Wang Fei, the vice-chairman of the Technical Committee of Xiaomi Group has to say

“The larger the battery capacity, the more difficult it is to charge fast. Xiaomi engineers continue to innovate and achieve the best balance in the three dimensions of charging performance, battery life, and body thickness, breaking the industry’s charging speed record and bringing wired charging to 10 minutes for the first time…This breakthrough is not the end for Xiaomi, but a new starting point”.

Xiaomi also reveals that the next-generation fast charging technology will of course be faster. However, it will not only be fast, but it will also achieve the best balance of temperature and battery life.