Gaming smartphones are trending in recent years, with devices like the ASUS ROG Phone series, Red Magic, and Black Shark dictating the standards for the market. However, in the past years, Lenovo has also been investing in the segment bringing its Lenovo Legion gaming smartphone. Now, the company wants to go beyond and explore something that other makers aren’t exploring – gaming tablets. That’s right, the giant of computers is about to launch a gaming tablet and it will be a first for the industry. This has the potential to be a successful route for Lenovo, after all, it will be able to gain some advantage in the segment while other brands are focusing on smartphones. The first tablet coming will be the Lenovo Legion Y700.

Lenovo has first teased the device in December, now an executive has shared mode details in a post on social media Weibo. According to him, the Lenovo Legion Y700 is an 8.8-inch tablet, with a display resolution of 2,560 x 1,600 pixels with an LCD screen with 100 percent DCI-P3 color gamut. The screen will also boast a 120 Hz refresh rate and will offer up to a 240 Hz touch sampling rate. This will put the device in a very small group of tablets with high refresh rate displays. For instance, we have the Samsung Galaxy Tab S7 and Apple iPad Pro. It’s not common to see OLED tablets, and in the same way, tablets with high refresh rates are scarce. At least, the Legion Y700 will have the latter. 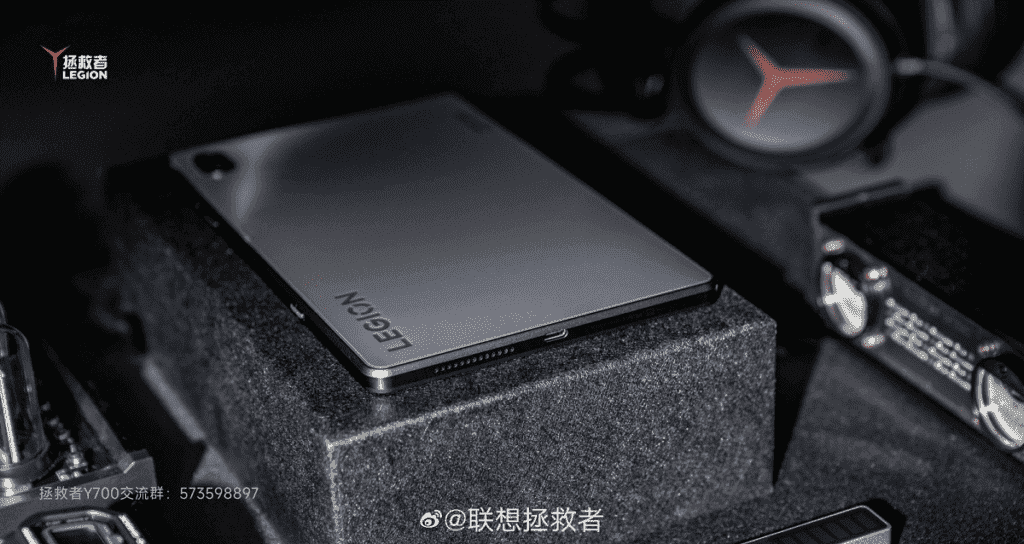 Interestingly, the tablet will bring the Qualcomm Snapdragon 870 SoC. Even for 2022, this chipset still offers top-notch performance and is beyond anything that Qualcomm offers in the mid-range segment. It only loses for the Snapdragon 888 SoC and the 2022 gang of flagship SoCs. The tablet will also pack JBL speakers, and support for Dolby Vision and Dolby Audio. The photos indicate at least one USB Type-C port and a single rear camera. There are also some unique software features in the works. There is also an option to change the game’s aspect ratio to 21:9. This creates black bars at the top and bottom of the device. As a result, the display will be on par with what we usually get for an Android tablet.

Unfortunately, it’s not clear if Lenovo has plans to bring this device to other markets apart from China. In fact, the company may not find much demand for a tablet-like this outside of China.