Lenovo is gearing up to introduce a bunch of new products for its Legion handle very soon. The traditional gaming series became even bigger in recent years with the introduction of Legion gaming smartphones. This year, things will be further expanded with the launch of a new gaming tablet. The tablet, namely Lenovo Legion Y700 will launch alongside two gaming laptops Legion Y7000P and Y9000P. All these products will share the stage with the highly-anticipated Lenovo Legion Y90 gaming smartphones. The big product launch happens on February 28, which seems to be one of the hottest days of February with so many companies bringing new products.

The Lenovo Legion Y700 and Lenovo Legion Y90 have leaked extensively in the past few days. But now, things are going wild with the full specification sheet emerging on the web as well as hands-on photos.

The Lenovo Legion Y700 is rocking an 8.8-inch LCD screen with a 120 Hz refresh rate. The resolution has 2,560 x 1,600 pixels and offers 500 nits of brightness with DC dimming. The slate also has Dolby Vision and HDR 10 support. Under the hood, the tablet will pack the Qualcomm Snapdragon 870 SoC. It is paired with 8 GB of RAM and 128 GB of Internal Storage. However, there are more advanced variants with 12 GB of RAM and 256 GB of LPDDR5 RAM and UFS 3.1 storage. The tablet also packs a vapor chamber to keep things cool.

The Lenovo Legion Y700 packs a 6,650 mAh battery with support for 45 W fast-charging with PD and QC support. Thankfully, the tablet comes along with a 50W charger. So at least with this tablet, Lenovo is not entering the controversial trend of charger-less packages. 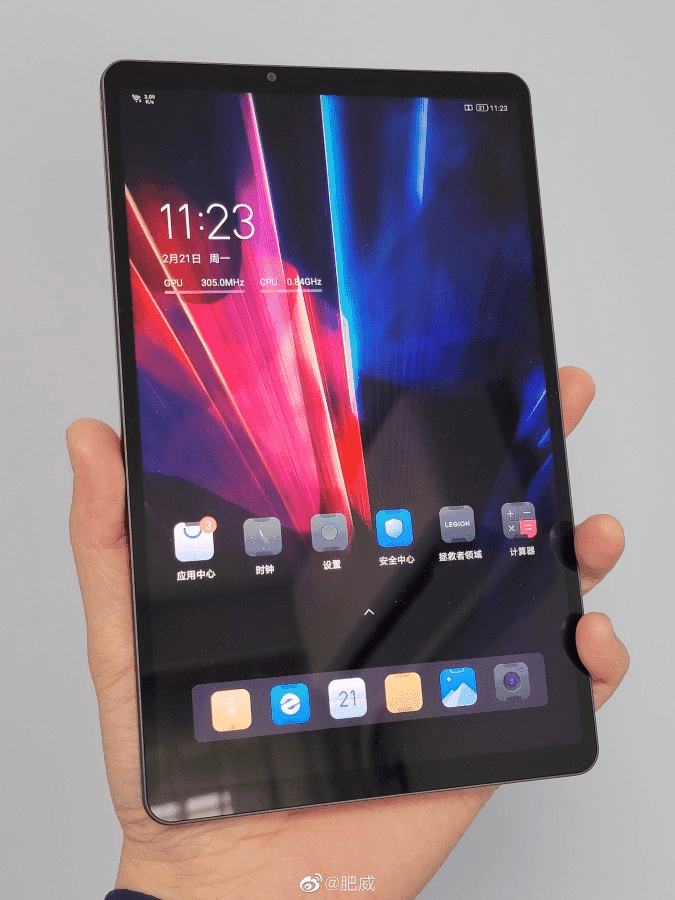 The tablet also has other cool features including a USB 3.1 Gen 2 port but offers data transfer rates at up to 10 Gbps. Also, there are dual x-linear motors for advanced haptic feedback in games and JBL stereo speakers. The tablet brings a 3.5 mm headphone jack and a13 MP main camera and an 8 MP selfie snapper.

The Lenovo Legion Y90, meanwhile, brings more impressive specs such as the Snapdragon 8 Gen 1. There is a variant with LPDDR5, UFS 3.1 storage, and even an SSD Raid storage. The gaming phone sports a 6.9-inch Samsung E4 AMOLED display with a 144 Hz refresh rate. It has 1,300 nits brightness, Dolby Vision, and HDR 10+ support. The phone has a 64 MP main camera. The gaming phone has a 5,600 mAh battery with 68W fast charging. One interesting addition is the presence of an additional USB Type C port, perhaps for an accessory.

The new laptops will be gaming and will use Intel 12th Gen CPUs. We expect models with dedicated graphics cards, perhaps from NVIDIA. They will also be ultrathin.

Next Best Screen Recorder App for PUBG: Record PUBG on PC and Mobile