Samsung’s upcoming Galaxy S22 series has been leaking a lot in recent months. In fact, we already know much of what to expect from the upcoming flagships. While the Galaxy S22 and S22 Plus will be just incremental upgrades, the Galaxy S22 Ultra will be the more interesting smartphone of the trio. This handset will arrive to replace the Galaxy Note lineup, serving as a spiritual successor. For instance, the device will bring a very Note-esque design, will have better specifications, and on top of that will pack an S Pen slot. As usual, the new device will also bring much more improvements for Samsung’s long-running Stylus.

According to the tipster, Zaryab Khan, from YouTube Channel XEETECHCARE, the S Pen on the Galaxy S22 Ultra will have an input delay of only 2.8 milliseconds. That’s a significant reduction from the 9 ms latency on the Samsung Galaxy Note 20 and the Galaxy Note 20 Ultra. That is around three times faster than the most advanced S Pen on the Galaxy S21 Ultra. Samsung is not only giving the S Pen slot but is also working to make this the best experience for the stylus. 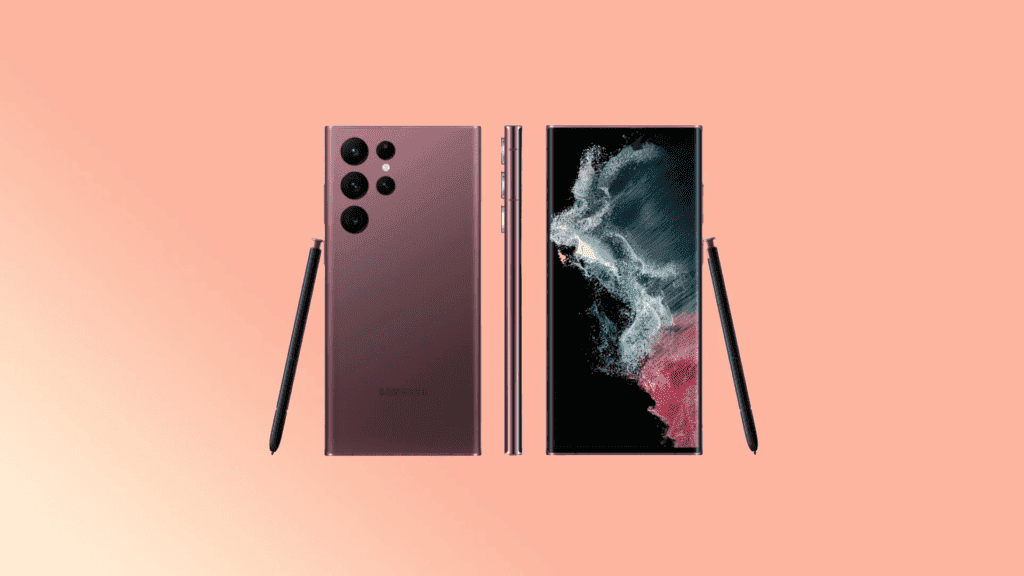 The device also had other details exposed. For instance, we have the 108 MP main camera featuring 12-bit HDR support. Unfortunately, none of the other cameras will have HDR. The device will also pack 8 GB RAM in the base model, but we expect 12 GB for the higher version. The tipster also says that the phone will bring 45 W fast charging. That’s about time for Samsung to improve the charging of its flagships. After all, while companies broke the 100W barrier last year, the company’s top Galaxy S21 Ultra only offers 25W charging. In terms of design, the device will look similar to the Note 20 series with a rectangular design. Interestingly, it will not bring protruding cameras and each camera will be placed individually instead of the traditional “camera island” design. It’s like a dual raindrop camera design.

The Galaxy S22 Ultra will be the only one with a curved display. The panel will be a 2K AMOLED with a 120 Hz refresh rate. Under the hood, it will pack either the Qualcomm Snapdragon 8 Gen 1 or Exynos 2200 SoC depending on the region. The latter version will use the AMD RDNA 2 graphics architecture. Worth noting that this architecture is the same in consoles like PlayStation 5, Xbox Series S/X, and Radeon RX 6000 graphics cards. We’re not really expecting a last-gen console experience, but hopefully, it will bring some elements to the gaming segment like Ray Tracing.

Next Here's why the foldable iPhone isn't coming anytime soon