On January 9, 2007, Apple co-founder and former CEO, Steve Jobs, released the original iPhone in his most iconic keynote speech. Since then, we have had a plethora of iPhones from Apple and the company has been growing since then. The prelude to the mobile phone revolution helped Apple grow into a tech giant with a market cap of more than $3 trillion over the next 15 years. 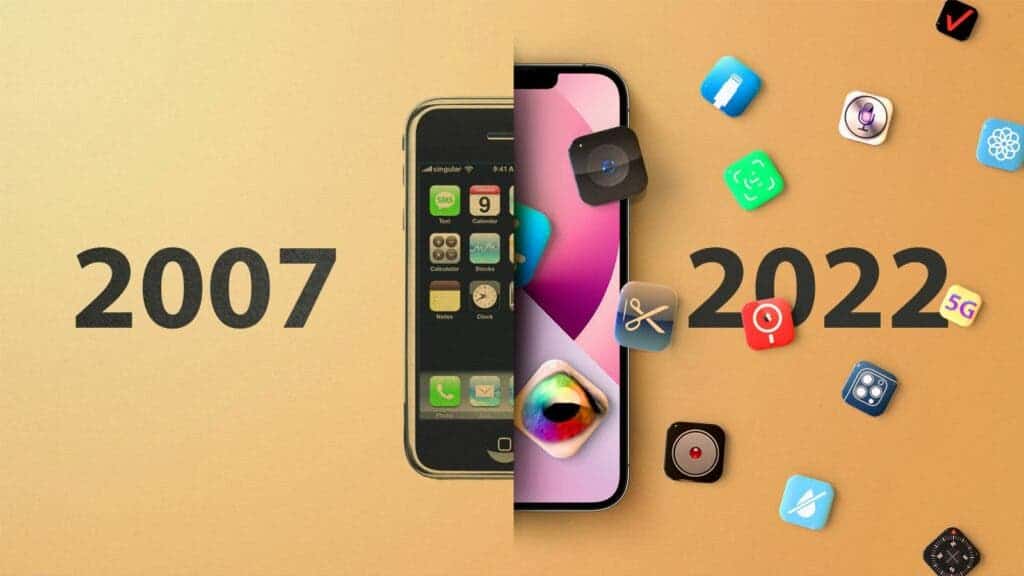 That was in 2007 when Nokia was still the largest mobile phone brand. “The iPhone is a revolutionary, amazing product that is at least five years ahead of any other phone,” Jobs said in his keynote speech. As remarkable as Jobs’ introduction was, the iPhone really changed the world instantly. Whether you’re a loyal iPhone fan or have never owned one, acknowledge the huge impact the iPhone has had on our daily lives.

While the iPhone is not the first smartphone (we can’t take that away from IBM which was at least 15 years earlier), the iPhone leapfrogged far beyond the competition. In fact, we can safely say that the mobile revolution started with the iPhone. The iPhone did not only make the internet accessible to everyone, it also made photography part of our everyday life. Furthermore, the arrival of this device changed the creation and distribution of software. Thus, the impact of the iPhone is something that will be remembered for a long time.

Top 15 facts about the iPhone and Apple

As the iPhone is celebrating its 15th anniversary, here are the top 15 facts about the iPhone and Apple. We dint get to see this sort of information every day and it contains some interesting history.

1. In 2007, Apple’s market capitalization (the total value of all Apple stocks) was $174.03 billion. On January 3, 2022, the company reached a market value of $3 trillion, making it the most valuable publicly traded tech company ever.

2. The original iPhone had a silver brushed aluminum finish, while the current iPhone 13 has an aluminum frame, glass front and back, and five colors to choose from. Meanwhile, the iPhone 13 Pro is available in three colors.

iPhones have always had the tendency to be expensive

4. When the first iPhone hit the road, most of the major players in the phone market are now in the back seat. Before 2007, smartphones were not so popular so we had featured or “hand phone” with long antennas. Nokia was the leader of the market while the likes of Motorola, Samsung, and Sony Ericsson. Apart from Samsung, the other manufacturers are now in the “back seat”. The following companies did not exist in 2007, including Instagram, Uber, TikTok, Twitch, Snap, Lyft, DoorDash, Tinder, Slack, Lime, PostMates, Venmo, and Pinterest.

5. The original iPhone had only one camera, located on the back. The iPhone 13 Pro has four cameras, three on the back and one on the front. This is how much the iPhone has evolved over the years. However, in terms of evolution, it is behind Android smartphones.

6. Young iPhone users wouldn’t know that the iPhone was pretty annoying to use back in the day. Users cannot copy and paste text with the original iPhone. In fact, the copy and paste feature didn’t appear until 2009 with the release of the iPhone OS 3.

Read Also:  Gurman: Apple October event will not take place at all

The iPhone had only 15 apps at a time

7. The Apple App Store currently has about 2 million apps for users to download and use. However, the original iPhone had only 15 apps and these are the only apps that users had access to. The 15 applications include

All 33 iPhones ever released by Apple

8. Over the past 15 years, Apple has made 33 iPhones. However, only 8 of these smartphones are still on the market. Here is the full list of iPhones that Apple has ever made and their life span

10. The iPhone has been used to shoot a couple of movies over the years. The following movies were shot on iPhone: Unsane, Tangerine, Detour, High Flying Bird, Snowmobile (Snow Steam Iron), and Lady Gaga: Stupid Love.

11. The original iPhone did not support MMS for sending photos and videos through text messages. However, it was gradually improved with the release of the iPhone OS3.

13. The original iPhone lacked many key features and was an “empty smartphone”. However, over the years, we now have a “complete smartphone”. FaceTime was released in 2010 and iMessage was introduced in 2011.

14. The Apple App Store opened on July 10, 2008, with only 500 apps. The latest data released by Apple’s website shows that there are currently 1.8 million applications on it.

These are the top 15 amazing facts about the iPhone and Apple. If you have more facts that you consider interesting, add them in the comment section below.

Next Oppo A36 launched with Snapdragon 680 and 90Hz display