As predicted, the firstborn of the Realme 9 series debuted. It is the Realme 9i, which should be the most affordable and youngest device in the lineup. At the moment, the novelty is available only in Vietnam and it was not said about the timing of its appearance in other markets.

Why it was decided to start from the Vietnamese market is not clear. Perhaps this country is becoming one of the priorities for Realme; and it decided to show loyalty to users in it in this way. The Realme 9i has a 6nm Snapdragon 680 processor, a 5000mAh battery with 33W fast wired charging. It will take 70 minutes to fully replenish the battery from 0 to 100%. The company declares that the autonomy of the smartphone will be 48.4 hours of talk time, 116.3 hours of music playback and 995 hours of standby time. 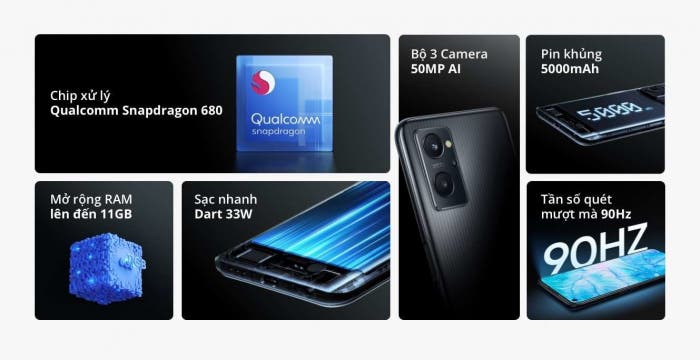