ZTE has previously announced that the new Red Magic gaming phone under the Nubia brand will sport a new generation of Qualcomm Snapdragon 8 mobile platform. 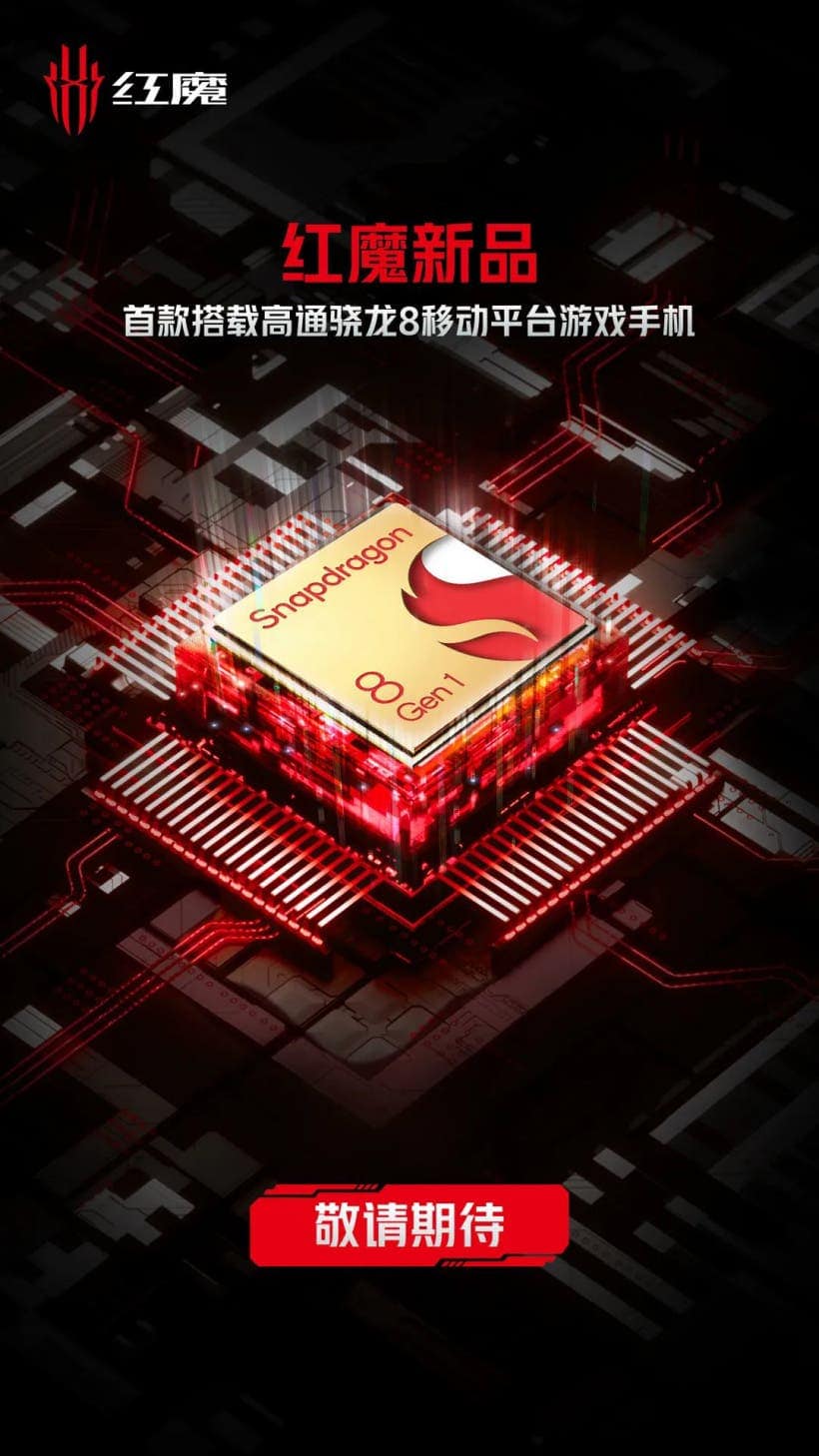 Today, a Weibo blogger said that the Red Magic 7 gaming phone had appeared on the GeekBench benchmark platform. It sports active cooling, Snapdragon 8 Gen 1, and a maximum of 18GB large storage.

As for the rest of the features, the phone will come with a 6.8-inch FHD+ screen that will also boast an ultra-high refresh rate. The display will use a punch-hole design. Also, the battery will have a 4500mAh capacity and support 165W fast charging. Thus, when it is out, the Red Magic 7 gaming smartphone will be the fastest charging smartphone on the globe. Although we don’t think this will last long because 200W charging models from Xiaomi and OPPO are on the road.  The rear camera will include a 64MP main sensor. And our protagonist will also retain a 3.5mm headphone jack, an under-screen fingerprint recognition scanner, and many more. 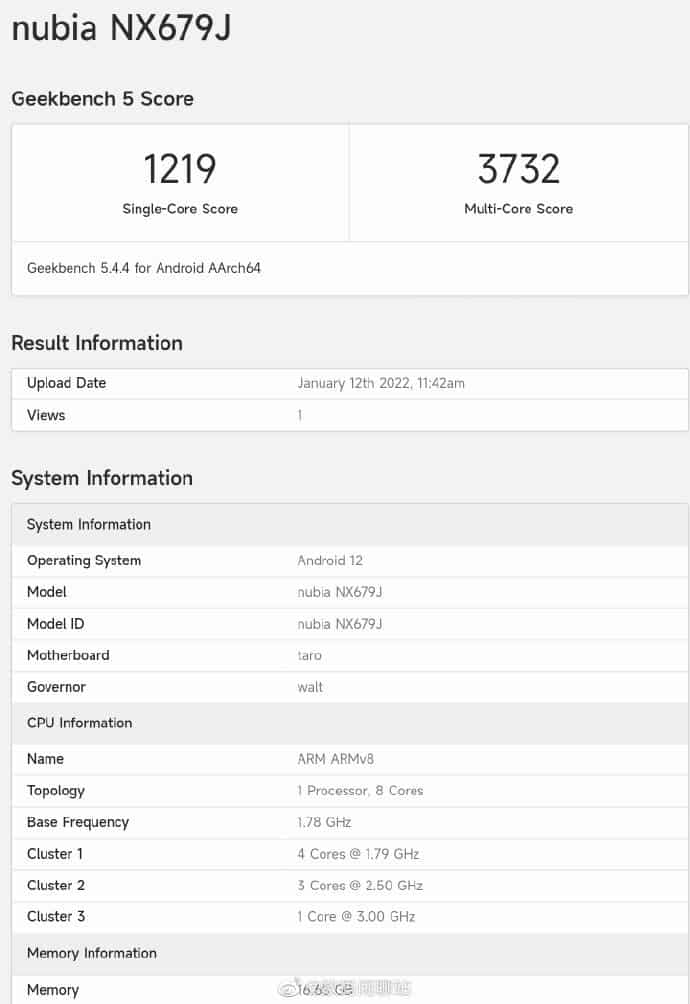 Many of the aforementioned features have been officially confirmed much earlier when the phone with the model number NX679J entered the Ministry of Industry and Information Technology. At that time, we learned that the Red Magic will have three colors of green, black, and red and blue gradient. The dimensions of the phone are 170.57×78.33×9.5mm, while the weight is controlled at 215g. The front camera will have an 8MP resolution. In addition, the machine will come with 8/12/16GB of memory and 128/256/512GB of storage.

In order to understand the improvements, let’s quickly recall the key features of the current model, the Red Magic 6S Pro. The latter uses the same 6.8-inch (2400 x 1080 pixels) Full HD+ 20:9 AMOLED display. As a gaming handset, the screen is one of the main features we look at when buying. So it’s logical that the 6S Pro also boasts a 165Hz refresh rate, 720Hz touch sampling rate, 10-bit 1.07 billion colors, DCI-P3 wide color gamut, and Corning Gorilla Glass protection. Under the hood, it carries the Snapdragon 888+ chip. There are several memory options including 12GB / 16GB / 18GB LPDDR5 RAM and 256GB / 512GB (UFS 3.1) internal storage. The rear camera has a 64MP main sensor, while the front camera is an 8MP CMOS. Finally, the 4500mAh battery supports 120W charging.

So it turns out the new model will only differ in terms of processor and fast charging.