Xiaomi’s Mi 12 Pro comes with the company’s in-house battery chip that provides up to 120W fast charging. But other phones with similar features are already available for purchase. For instance, the iQOO 9 supports 120W fast charging as well. More interestingly, the Red Magic gaming smartphone will support a whopping 165W fast charging solution. This will be a revolutionary handset. However, this is not the end of the story. Today, a Weibo tipster revealed that OPPO and Xiaomi are already experimenting with 200W fast charging. Moreover, both have plans to promote commercial use.

What Xiaomi Has Done In This Field?

As Xiaomi explained, in the past, single-cell fast-charging system to convert the 20V voltage input to the mobile phone’s 5V voltage to charge the battery would require a series-parallel circuit of 5 different charge pumps. Plus, this would cause a generation of a lot of heat. So it is impossible to achieve full-power operation for a long time. Simply put, for smartphone makers, it is too hard to achieve a 120W high-power fast charging. 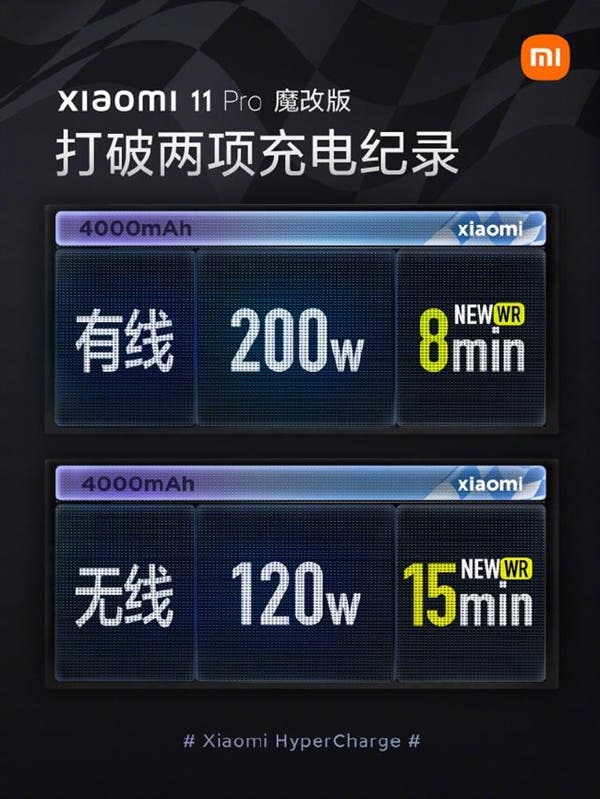 However, Xiaomi created the Surge P1 chip to solve this problem and reach a 120W fast charging. What it has done was to develop two smart charging chips and put them into one, the Surge P1. They take over the complex structure of the traditional 5 charge pump. The Surge P1 has a 4:1 ultra-high efficiency architecture with adaptive switching frequency. The efficiency of the resonant topology is as high as 97.5%; the efficiency of the non-resonant topology is 96.8%; the heat loss has plummeted by 30%.

OPPO reported that it will mass-produce 125W wired fast charging this year, and has also released a number of technologies in addition to “fast”, such as internal double-cell batteries, battery safety detection chips, and smart charging technology.

In fact, we knew that Chinese brands, especially Xiaomi, are working on smartphones with a 200W fast charging support. Moreover, we knew they will come this year.

Next Samsung confirms Galaxy Unpacked 2022 on February 8: S22 series will be released

Oppo has admitted the imperfection of the 125W fast charging