HP is one of the major players in the notebook market and its devices are all over the world. Over the years, the company has been quite consistent and it keeps releasing new notebooks. Today, HP officially announced its latest notebook series, the HP Fortis series. This new series includes tough Chromebooks and PCs that are optimized for education. The company is announcing this new series at the right time considering the current global situation. Students and even many parents now have to do much more from home because of the COVID-19 virus. This new hybrid system of learning is a new norm that we all have to adjust to. 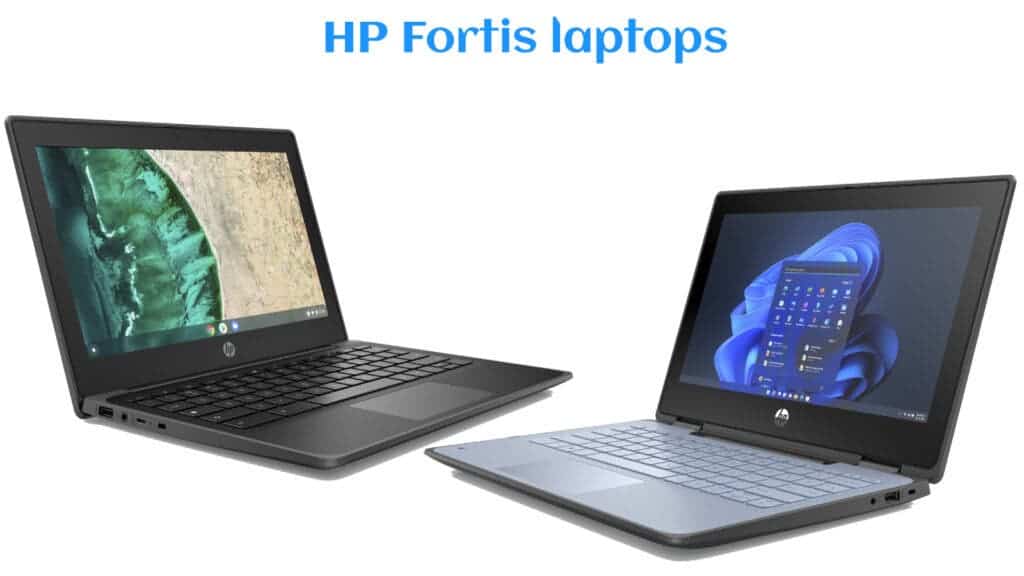 However, parents are not so comfortable leaving their children with a laptop that is connected to the internet. This is because most of the PCs and Chromebooks are not designed for children. These devices are fragile in many cases and are not resistant to dropping and other adverse effects.  This eventually reduces the life span of the notebook when it is handled by children.

The HP Fortis series takes care of these issues with its sturdy design. This series also creates a seamless learning environment for children while they are on the internet.

The HP Fortis 14-inch ChromeBook comes with a rugged keyboard that any attempt for the kid to pick the keys. It is Mil-STD drop tested and the keyboard is also resistant to spills up to 350 ml. Thus, this notebook places a lot of emphasis on the doggedness of the keyboard. Furthermore, this notebook supports 4G LTE which means it is always connected to the internet. This is in addition to the regular Wi-Fi of course.

For only $349, the Fortis 14-inch G10 ChromeBook offers a tough, durable, and rugged design. This device is a productivity notebook and it comes with Intel Celeron CPU under the hood. For its graphics, this notebook uses Intel UHD graphics. The 14-inch display supports two display resolutions, HD 1366 x 768 and FHD 1920 x 1080. The Fortis 14-inch G10 supports up to 8GB of RAM, and up to 128GB of internal storage. This notebook also supports one SuperSpeed USB Type-C port, two SuperSpeed USB 3.2 Gen 1 ports, one HDMI, a combo audio jack, a Micro SD card reader, and a Nano security lock.

This notebook is the smallest of the three ChromeBooks announced today. The Fortis 11-inch G9 Q Chromebook comes with a Qualcomm 7c processor and it is supported by up to 8GB of RAM and up to 64GB of storage. This 11-inch Fortis notebook also supports an HD SVA anti-glare display and two HD anti-glare UWVA displays. The latter supports 220 nits of brightness. In addition to the optional 4G LTE, this device also supports two SuperSpeed USB-C ports, one SuperSpeed USB 3.2 Gen 1 port, a combo audio jack, one SIM Card slot, and a Nano Security lock. As of now, there is no information on the price of this device. Nevertheless, it should officially hit the market in the second quarter of this year.

HP may launch HP Chromebook 11a in India on April 8